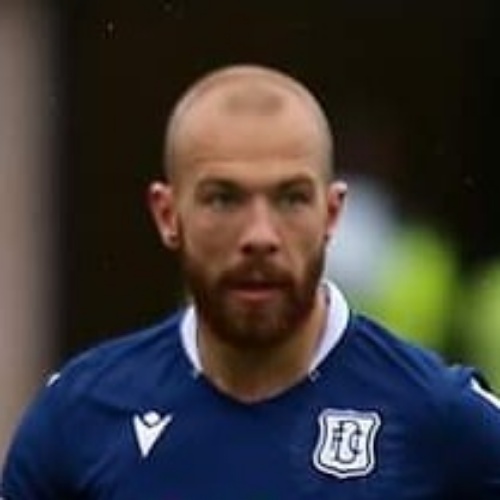 Born in Edinburgh, Jordan began his career in the Celtic youth system before moving to Hibernian in 2010, and had spells on loan to Berwick Rangers and East Fife over the next two seasons.

The defender made his debut for the club in 2-1 victory over Hearts in May 2013, and appeared from the bench in Hibs’ 3-0 defeat to Celtic in the Scottish Cup final.

The defender was in and out of the team over the next four seasons, which also included a spell on loan to Plymouth Argyle during the 2015/2016 season.

In Jordan’s final season with Hibs, he helped them win the Championship, and promotion to the Scottish Premier League, making 79 appearances for the club overall, scoring 6 goals.

After leaving Hibs, Jordan signed for League Two Cheltenham Town in July 2017, and made 41 appearances for the club over the next two seasons. Jordan penned a two year deal with Dundee in June 2019, and despite a shaky start to his Dens Park career, found consistency towards the end of the season in a back 3 alongside Josh Meekings and Christophe Berra.

He scored his first goal for the club in the 1-0 victory against Queen of the South in February, and helped the side to 5 consecutive clean sheets before the season was curtailed due to the Covid-19 pandemic.