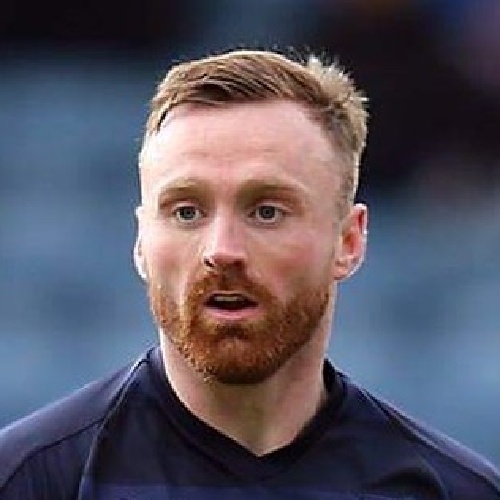 Born in Liverpool, Craig Curran began his career at Tranmere Rovers in 2006, scoring 16 goals in 112 appearances before signing for Carlisle United in 2010.

A successful first season at Carlisle saw Craig notch 8 goals in 45 appearances and help the League One club lift the Football League Trophy.

In January 2015, the striker signed for Ross County, then under the management of Jim McIntyre. Craig scored 5 goals in 19 games to help steer County away from the relegation zone. Although injuries forced his absence from County’s league cup victory in 2015/2016, Craig scored 29 goals in 118 appearances for the Highland outfit.

Craig departed County in the summer of 2018 following their relegation to the Championship, and signed for Dundee United. After 3 goals in 16 games for United during the first half of the season, Craig crossed the road to sign for Dundee in January 2019.

At Dens, he once again linked up with his manager at Ross County, Jim McIntyre.

The striker failed to score a goal in the rest of season as the Dees were relegated. Craig then started the following season with 1 goal from 3 appearances in the Betfred Cup group stage before leaving the club in September 2019.