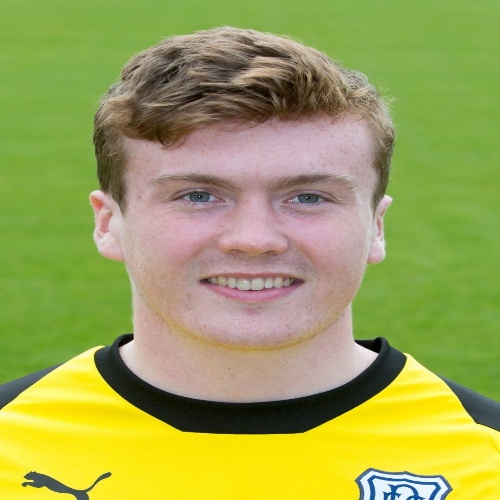 Born in Shrewsbury, Calum Ferrie began his career as a youth player at Port Vale, making 4 appearances on loan to Gressley in the 7th tier of English football.

After being released by Port Vale, Calum signed for Dundee in the summer of 2016, and made his debut for the club in the 4-0 defeat to Rangers in April 2018.

The goalkeeper was loaned to Stirling Albion the following season and made 28 appearances in total for the League Two Club.

Calum’s only game for Dundee in 2019/2020 was one to forget, as the goalkeeper was sent off in a 2-1 defeat to Elgin City in the Tunnock’s Caramel Wafer Cup.

Calum was loaned to Falkirk for the remainder of the 2019/2020 season and signed a contract extension with Dundee until the summer of 2021.

In June 2021, Ferrie left Dundee following the end of his contract.