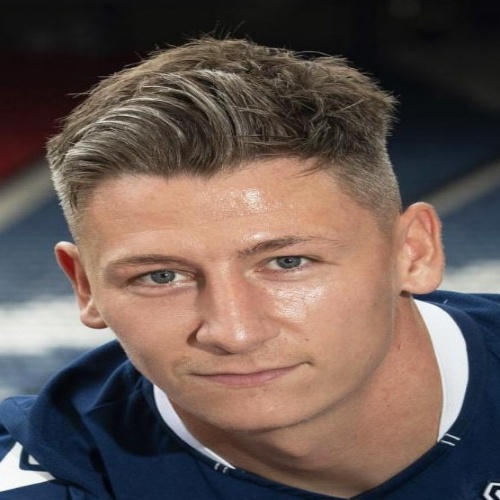 Born in Bury St Edmonds, Josh progressed through the Youth System at Ipswich Town, and captained the under-18 side.

After being released by Ipswich in 2011, Josh signed for Inverness Caledonian Thistle, and made his debut for the club from the bench in a 1-1 Draw with Dunfermline Athletic in October 2011. The defender became a regular starter from the 2012/2013 season, and played an important role in the Highland club winning the Scottish Cup in the 2015, the club’s first major piece of silverware.

Josh also played in both legs of Inverness’ Europa League second qualifying round against Astra Giurgiu of Romania, which Inverness lost 1-0 on aggregate.

After struggling with injury during his last two seasons in the Highlands, Josh left Inverness in the summer of 2017.

Josh arrived at Dens Park in the summer of 2017 on a free transfer. After initially enjoying a consistent run in the team, the defender’s injury problems resurfaced, and he made only 9 appearances for the club in his second season after undergoing surgery in November.

The defender was appointed team captain, and enjoyed arguably his best form in a Dundee jersey towards the tail end of last season. After forming an effective partnership in a back three with Christophe Berra and Jordan Forster, Josh helped Dens Park club keep five consecutive clean sheets before the season was ended prematurely due to the COVID-19 pandemic.

After rejecting a contract extension, Josh left the club in June 2020.