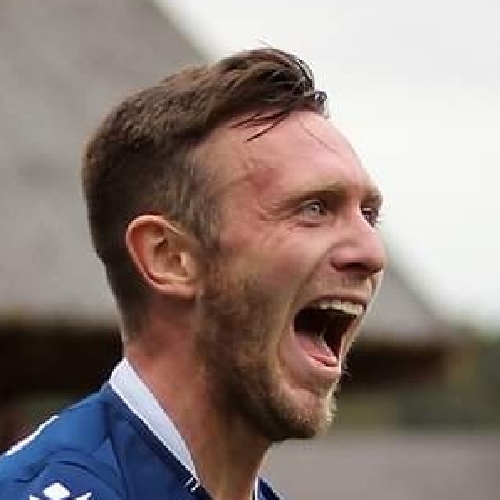 Jordan McGee began his career at Hearts after progressing through their youth system, making his debut for the club as a late substitute in a 3-0 win over St Mirren aged just 16, in May 2013.

The following season, as Hearts’ financial troubles worsened and the club lurched towards administration, a number of young players, including Jordan, were promoted to the first team.

Jordan scored a late winner against Aberdeen in his second appearance for the club in August 2013, but could not prevent Hearts relegation to the Championship at the end of the season.

The defender helped Hearts bounce back at the first attempt, making 21 appearances as the Jam Tarts won the Championship in 2014/2015.

After spending the 2016/2017 season on loan to Middlesbrough’s development squad, Jordan signed for Falkirk for an undisclosed fee. Jordan established himself at centre back for the Bairns, making 79 appearances for the Bairns over the following two seasons and being named team captain in January 2019.

Following Falkirk’s relegation to League One, Jordan signed for Dundee in the summer of 2019.

Jordan turned in a number of consistent displays throughout the season, and also netted against Alloa Athletic and Queen of the South in September 2019.

Jordan made 30 appearances over the course of the season, undergoing surgery on a hand injury in February 2020. Jordan’s performances were recognised by his teammates who voted him the Players Player of the season.