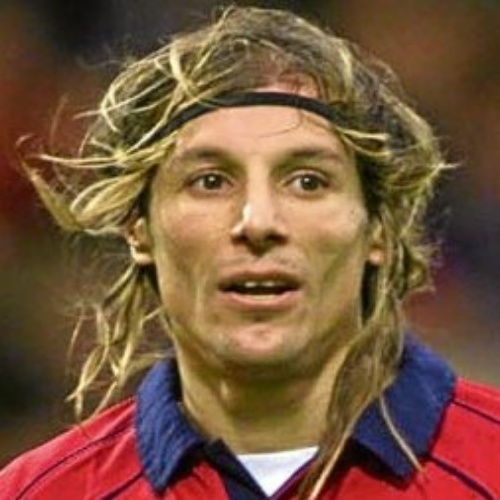 Ask any Dundee fan and they will be able to tell you exactly where they were on October 3rd 2000 when the news broke that Argentinean World Cup legend Claudio Caniggia had signed for the Dark Blues.

The arrival of ‘El Pajaro’ (The Bird) in the City of Discovery stunned the footballing world and for Dundee it mirrored the signing of Billy Steel fifty years before as they both brought immediate mass media attention, both came with controversial reputations but both were quickly taken to the hearts of the Dundee support as they both showed their undoubted ability on their respective debuts against Aberdeen.

Claudio Paul Caniggia was born on January 9th 1967 in the Buenos Aires suburb of Henderson and in a club career that flitted between his native Argentina, Portugal and Italy, it was at international level where he made his name scoring in both the 1990 and 1994 World Cups where he partnered his friend Diego Maradona.

At the start of 2000 Caniggia was named as the 83rd best player in the history of the game in a FIFA millennium poll but his career was in decline. He hadn’t played football for months as he was in dispute with his current club Atalanta and so the offer to join Dundee came at exactly the right time not just for Canigga but also for The Dee.

The beginning of the 2000/01 season saw Dundee under a new management team of Italian brothers Ivano and Dario Bonetti and they had brought in a number of exciting players from overseas who started to give the Dundee fans the best football they had arguably seen in forty years.

Having worked with Caniggia before in Italy, the Bonettis approached him to join Dundee after they lost striker Fabian Caballero to a long term injury and incredibly the 50 times capped Argentinean, who could cover 100 metres in 11.2 seconds said “yes”.

For days Tayside buzzed with rumour and anticipation and finally on Tuesday 3rd October player/manager Ivano Bonetti breezed into the Dens Park press room and announced, “I have dreamed of bringing Claudio to this club and today it has come true. When Caniggia plays everyone wants to watch for he is one of the biggest names in world football. He has come to help his friends and he hopes to play his way into Argentina’s team for the 2002 World Cup.”

The cynics scoffed at the suggestion that a move to Dundee could lead to Caniggia’s recall to the argentine national squad and suggested he was just there to pick up a hefty pay cheque but ‘El Pajaro’ was immediately to dispel these thoughts with a debut that was pure theatre.

The date of this momentous occasion was October 14th 2000; the venue Pittodrie Stadium, Aberdeen and the Dark Blue faithful quickly snapped up their all ticket allocation to turn up en mass in long, blonde wigs in deference to their new idol.

Somewhat sort of match practice Caniggia started on the bench but from the moment he took to the field to near hysteria there was no doubt he was still the real deal.

Dundee were already ahead through a sublime chip from Bonetti (“the best goal that no one will ever remember”, said Ivano post match) but Gavin Rae had been sent off to reduce The Dee to ten men by the time ‘The Bird’ came on.

Caniggia was globally recognised as one of the fastest footballers on the planet thus he also had the nickname ‘El Hijo del Viento’ meaning ‘The Son of the Wind’ and his pace was causing The Dons all sorts of problems before Aberdeen themselves were reduced to ten men when Phil McGuire scythed down the forward.

Then with only seconds left Caniggia set the seal on a memorable afternoon when he raced onto a perfectly weighted Giorgi Nemsadze pass and slid the ball inside the far post to send the Dark Blue end into raptures and cement a win that lives long in the memory.

The following week on his home debut against Motherwell the attendance was up over 3000 on the corresponding fixture the previous year and they were treated to a beautifully lobbed gaol from outside the box in front of the BBC Sportscene cameras.

Caniggia had chosen number 33 for his squad number to correspond with his age and in the weeks and months that followed it was unusual to see a replica Dundee top with anything other than ‘Caniggia 33’ on the back.

Nickanmed ‘The Tayzurri’ by the press, the team revelled in the Argentinean’s presence and the darting runs of a man who still had phenomenal acceleration over short distances lit up a season when entertainment seemed more important than results.

There were however some great results as Dundee squeezed into the top six in the first SPL split after another 2-0 win at Pittodrie much to the delight of the players and fans alike who displayed more Pittodrie hysteria.

On Remembrance Day in November the players gave the fans a result to remember when they defeated Dundee United on their own patch at Tannadice and the first goal in the 2-0 win was scored by none other than Claudio Caniggia. It was the result Dees everywhere had dreamed of, as their superstar scored a derby goal against their rivals and he would repeat that feat again in January in the return fixture at Dens.

The ‘Caniggia Season’ also saw Dundee defeat both Rangers and Celtic in Glasgow and are the last team to date to achieve that feat in the same season. The 2-0 win at Parkhead over League champions Celtic in the penultimate game in May had been preceded by a win of an identical score line at Ibrox in March and that 2-0 win over Rangers probably did as much as anything to cement Caniggia’s move to Govan.

Caniggia turned in a virtuoso man of the match performance and scored the first goal in a performance described in The Daily Mail as, “A Caniggia-inspired performance of verve and dynamism.”

Initially signed on a six month deal he penned a new three-year contract in January 2001 but in hindsight it was obvious that he unlikely to be at Dens for any length of time, although the signing of a new deal meant Dundee would receive a substantial fee. That fee was to be in the region of £850,000 from Rangers and his dream of making the 2002 Argentina World Cup squad became a reality.

Caniggia’s career had been revived and he caught the imagination of the footballing public and was nominated for the PFA Player of the Year Award which eventually went to Celtic’s 53-goal Henrik Larsson. Of some consolation however he won the Dundee Player of the Year Award and in 2009 was inducted into the inaugural Dundee FC Hall of Fame with an International Award.

In the 2002 Scottish Cup Final against Celtic, Caniggia was substituted on 20 minutes after a heavy challenge from Chris Sutton who was playing centre half and it curtailed his chances of appearing in that summer’s World Cup finals. He had already been recalled for a friendly against Wales and had all but been guaranteed a starting place in Japan / South Korea but when he was supposed to start against England in the group stages, he wasn’t quite ready and suffered on the bench as Argentina were knocked out by David Beckham’s penalty.

Caniggia experienced further disappointment when he arrived back in Glasgow. He claimed that manager Alex McLeish offered him another year’s contract, saying it would be there for him to sign when he returned from the Far East but it wasn’t. Fuelling Caniggia’s frustration was the fact he had already rejected an attractive offer of a two-year-deal from Monaco in France in the expectation that he was staying at Ibrox.

Instead, he wended his way to Qatar, at a time when the Gulf state were throwing open their doors to several veteran high-profile footballers in what appears to have been a successful mission to ‘win’ the hearts, minds and votes of high ranking FIFA officials.

In June 2012, he was one of several former professional footballers who agreed to join Wembley F.C. to play in their FA Cup campaign for the new season. Caniggia and fellow former-internationals Ray Parlour, Martin Keown, Graeme Le Saux, Jaime Moreno, Danny Dichio and Brian McBride, plus David Seaman (goalkeeping coach) and former England manager Terry Venables (technical advisor), came out of retirement to play for Wembley F.C. who were featured in a television documentary as they endeavoured to help the club play at Wembley Stadium. On August 12th 2012 he appeared in a preliminary round of the FA Cup and aged 45, scored the first goal in a 3–2 win against Langford.

In his short time on Tayside he lit up every match he played and was popular amongst players and fans alike and on the evening of that famous win at Tannadice he was seen celebrating with fans and pulling pints behind the High Corner just off the city’s Hilltown.

From Henderson to the ‘Hulltoon’, Dundee’s original CC33 will never be forgotten! 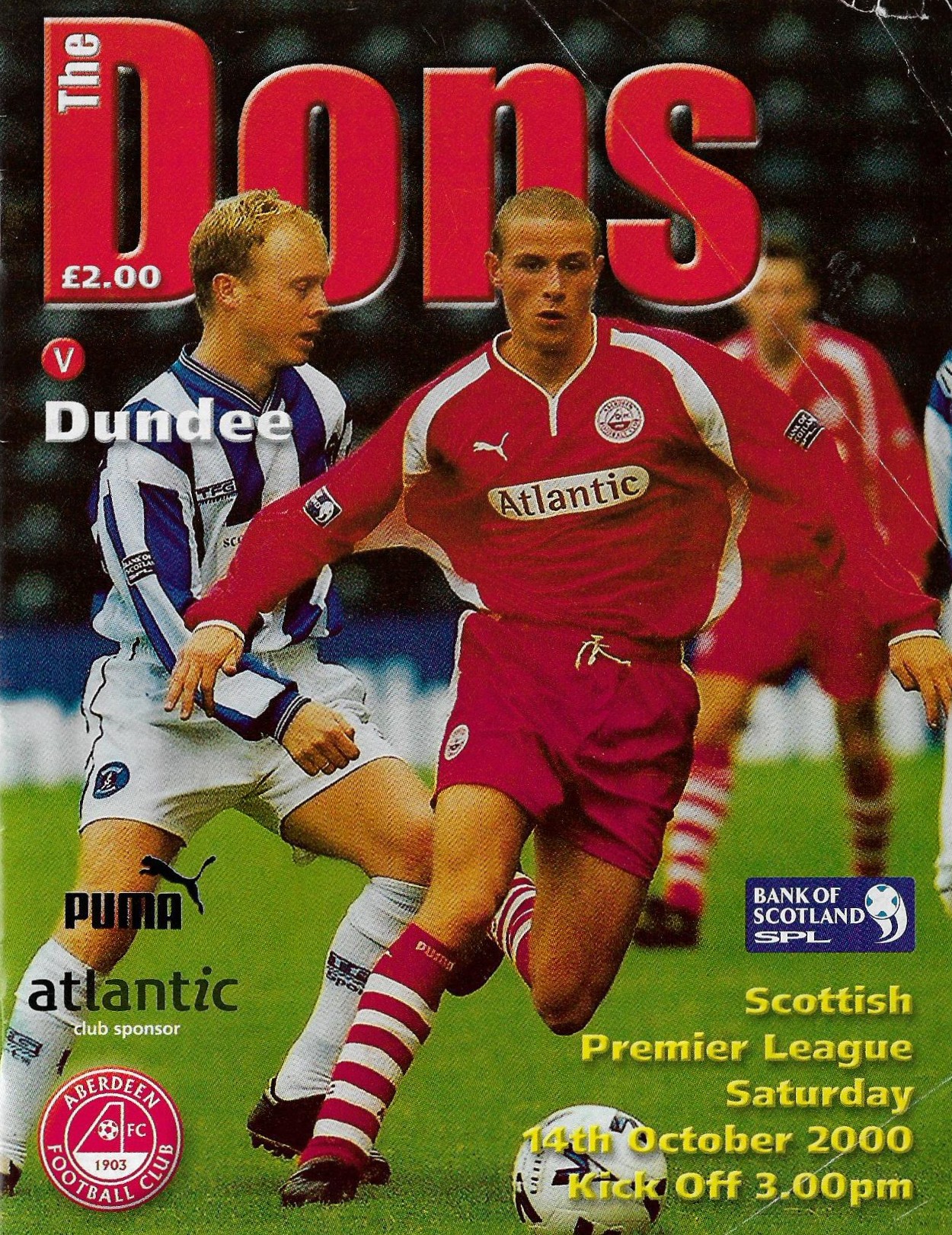 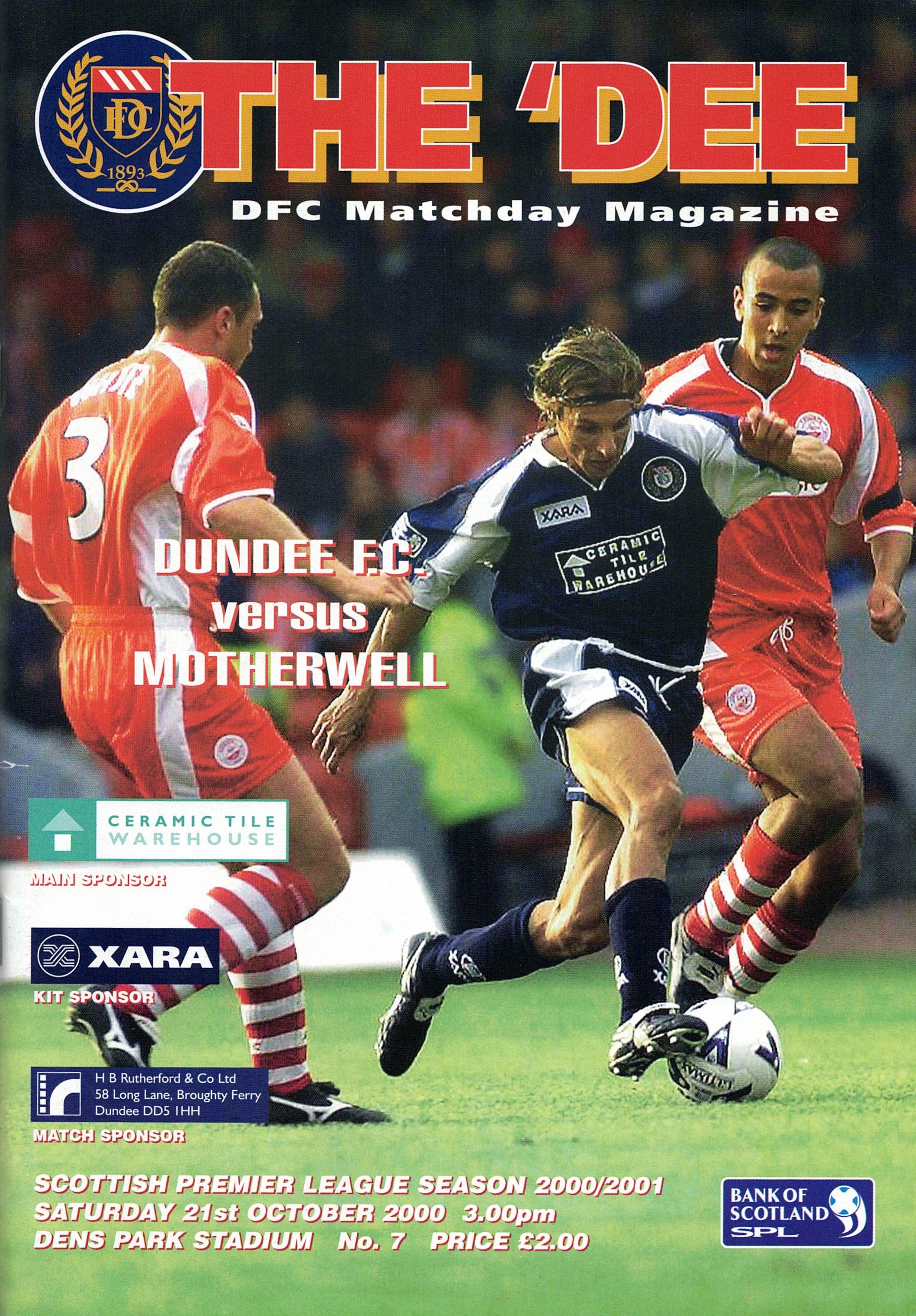