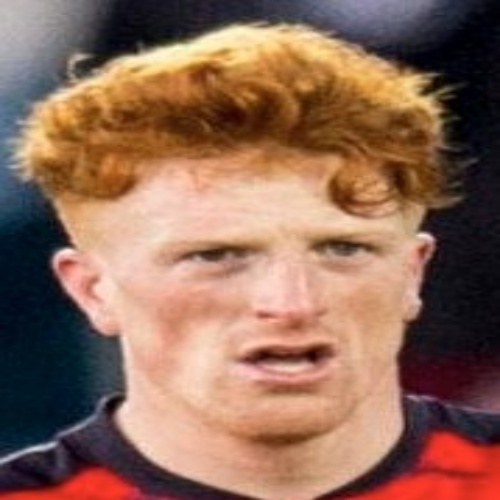 Dundee born Simon Murray began his professional career at Montrose, making one senior appearance for the club before dropping down to junior football with spells at Downfield and Tayport.

After living in Australia for a year, Simon returned to his hometown to sign for Dundee Violet, before signing a contract with Angus club Arbroath. Simon hit the ground running for the Angus club, hitting 24 goals in 45 games in the 2014/2015 season.

The striker’s form attracted the interest of Dundee United, who snapped him up for £50,000 in January 2015, with the Tangerines loaning Simon back to Arbroath for the remainder of the season.

Simon’s 7 goals in 25 games were not enough to prevent Dundee United’s relegation in May 2016.

The following season Simon fared better, scoring 18 goals and helped United lift the Challenge Cup and reach the play-off final, where they lost 1-0 on aggregate to Hamilton.

Soon after, Simon left United to sign for Hibernian. A prolific start to his Easter Road career saw the striker hit 7 goals in his first 4 games for the club, and 14 goals in 28 games in the first half of the season. This included strikes in victories over Rangers at Ibrox and city rivals Heart of Midlothian at Easter Road.

Despite being a regular in the Hibs side under Neil Lennon, Simon was allowed to leave Edinburgh to sign for Dundee on loan in January 2018.

This was part of a series of deals involving Dundee Celtic and Hibs on deadline day, in which Scott Allan also joined Hibs on loan from Celtic, and Scott Bain and Jack Hendry signed for Celtic from Dundee.

Simon made his debut for Dundee, the club he supported as a boy, in a disappointing 4-1 home defeat to Ross County.

The striker made 14 appearances for his boyhood heroes, scoring 3 times, including a brace in a 2-1 victory over Partick Thistle at Firhill, and a strike in a 1-0 victory over Ross County in Dingwall.

Simon’s performances for the Dee helped ensure the club survived in the Premiership, and he returned to Hibs at the end of his loan spell.

In the summer of 2018 Simon transferred to Bidvest Wits of South Africa, before returning to Scotland in 2020 to sign for Queen’s Park.