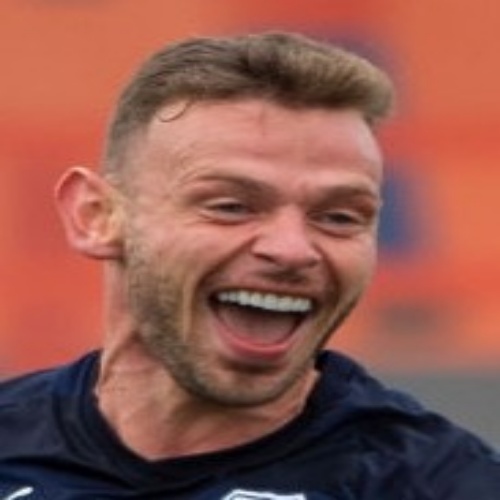 Andy Boyle began his football career in his native Ireland with UCD, helping the Dublin club to win the League of Ireland First Division title in 2009.

Andy moved to Shelbourne in 2011, helping the team to 2nd place in the First Division and promotion to the Premier Division. The defender’s good form for Shelbourne attracted the interest of Dundalk, who signed Andy in December 2012.

With Dundalk, Andy won three consecutive league titles between 2014 and 2016, and played in the qualifying stages of the Champions League and group stage of the Europa League in 2016. Although Dundalk finished bottom of their group they put in a number of creditable performances, defeating Maccabi Tel Aviv at home and drawing away to AZ Alkmaar.

Andy signed for Preston North End on a free transfer in January 2017 at the end of his contract with Dundalk.

The defender made just 11 appearances for the Championship club over the next two seasons, and spent a portion of the 2017/2018 campaign on loan to Doncaster Rovers. In search of regular first team football, Andy signed for Dundee on loan until the end of the season, on 31 August 2018.

Initially signed by Neil McCann, the defender made 13 appearances for Dundee during the first half of the season, scoring his only goal for the club in a 2-0 victory over Hamilton in September 2018.

Despite featuring regularly under McCann’s successor Jim McIntyre, Andy’s loan at Dens was cut short and he departed in January 2019.

After leaving Dundee, Andy was loaned to then Scottish Championship side Ross County in January 2019. Boyle made 11 appearances for the Highland club, helping County to lift the Championship title and the Scottish Challenge Cup.

At the end of his loan, Andy was released by parent club Preston North End and returned to Ireland to re-sign for Dundalk.