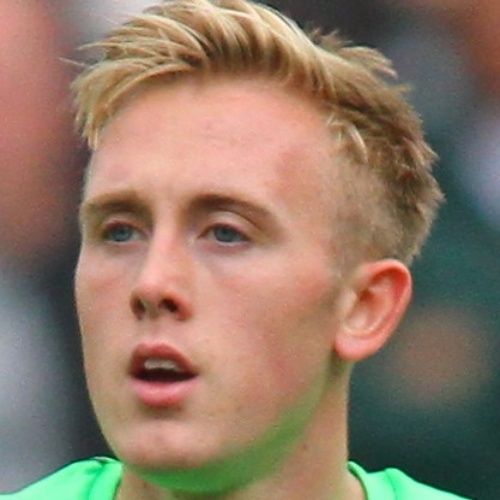 Born in Glasgow, Calvin Miller joined the Celtic youth academy in 2010 at the age of 12. Calvin made his full debut for Celtic at left back in a victory over Partick Thistle in December 2016.

In August 2017, Calvin started the 5-0 victory over Kilmarnock in the League Cup, and received the Man of the Match award in a 2-0 victory in the league against the same opponent 11 days later. The defender made a further 3 appearances for the club in the 2017/2018 season, before signing on loan at Dundee in August 2018.

Calvin made his debut for Dundee from the bench in a 3-1 defeat to Motherwell in September 2018. Initially playing at left back under McCann, Calvin was later pushed further forward into midfield. In total, Calvin made 16 appearances for Dundee and scored once, in the 5-1 defeat to Aberdeen at Pittodrie in December 2018.

Although Calvin signed on loan for the season, this was cut short, and the player returned to Celtic Park in January 2019.

Calvin spent the second half of the 2018/2019 season on loan to Championship club Ayr United, making 14 appearances and scoring once. After being released by Celtic in 2020, the defender signed for English League Two side Harrogate Town.