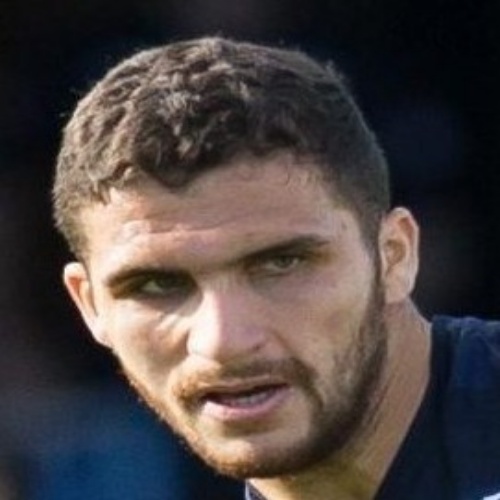 Born in London, Ryan Innis began his career at Crystal Palace youth academy. The defender signed a professional contract aged 16, and captained the club’s youth team during the 2012/2013 season.

Ryan was loaned out to a number of clubs in the lower leagues of English football during his eight seasons with Palace, including Port Vale, Southend United and Colchester United. The defender finally made his debut for Palace in August 2018, playing the full 90 minutes in a League Cup victory over Swansea City.

Following his Palace debut, Ryan signed on loan for Dundee until the end of the 2018/2019 season. Ryan made his first start for Dundee in the 3-1 defeat to Motherwell in September 2018, and featured regularly under Neil McCann.

Although Ryan started the first four games under McCann’s successor Jim McIntyre, he fell out of favour as the season progressed. Ryan forced his way back into the team in January 2019, featuring in both Scottish Cup games against Queen of the South and the 2-1 victory over Hearts. The defender’s loan was cut short on the last day of the 2019 January transfer window, and returned to Palace having made 14 appearances for Dundee in all competitions.

Since leaving Dundee, Ryan was loaned out again by Palace, this time to League Two outfit Newport County.

Ryan finally left Crystal Palace permanently in the summer of 2020 and signed for Charlton Athletic.