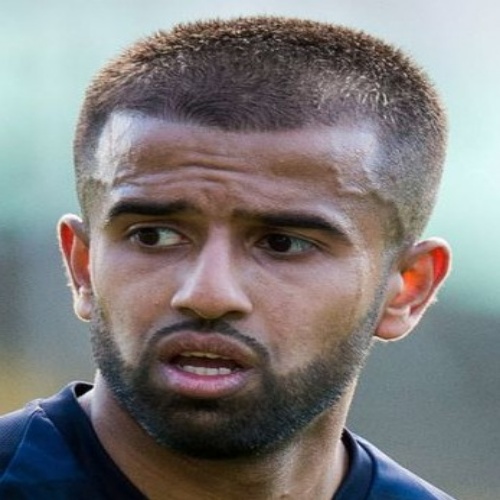 Born in Birmingham, Adil Nabi joined the West Bromwich Albion academy aged 8, and was named Young Player of the Season in 2014/2015. Adil was loaned to Indian side Delhi Dynamos in the Indian Super League in 2015, before signing for English League One side Peterborough United in January 2016. Adil struggled for game time, making 10 appearances in 2 seasons, and spent part of the 2017/2018 season on loan at Nuneaton Town.

After being released by Peterborough, Adil signed a 6 month contract with Dundee in August 2018. Adil made his debut for the club from the bench in a 1-0 defeat against Aberdeen, and made 13 appearances for the club in all competitions. The midfielder scored just once in dark blue, in a 2-1 defeat to Kilmarnock in October 2018.

Adil left Dundee at the end of his initial 6 month deal, moving to sign for OFI in the Greek Super League.