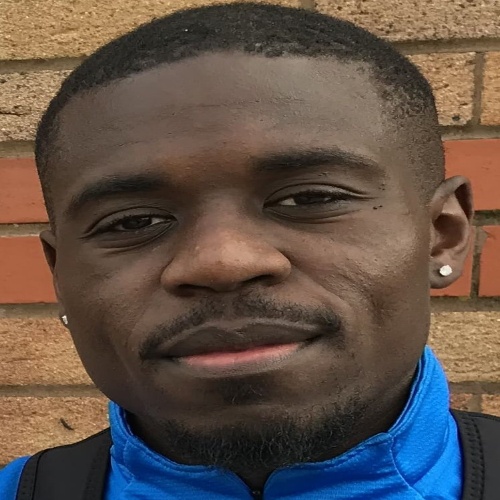 Born in France, winger Elton Ngwatala began his career at Beauvais in the fourth tier of French football. After a spell in Ligue 2 with Chambly in the 2014/2015 season, Elton moved to England to sign for National League North side Kidderminster Harriers, where he scored 15 goals in 88 appearances.

Elton signed for Dundee under Neil McCann in May 2018. The winger scored in the 2-1 defeat to St Mirren on the opening day of the season, and made 14 appearances for the club in all competitions. Elton made just one appearance for Dundee after Neil McCann was replaced by Jim McIntyre, in the 3-0 defeat to Hearts at Dens in October 2018.

Elton was released by Dundee in January 2019.
Since leaving Dundee, Elton has played for AFC Fylde and Chester, both in National League North.