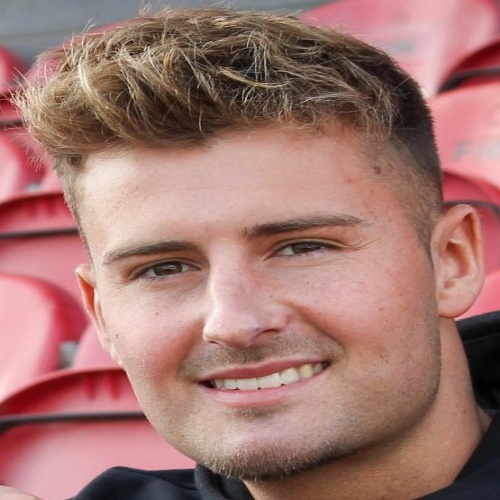 Midfielder Ethan Robson progressed through the youth system of Sunderland, and made his debut for the club from the bench in a 3-0 defeat to Everton in the English League Cup in 2017. Ethan went on to make 11 appearances for the club during the 2017/2018 season, however could not prevent Sunderland dropping into League One and their second successive relegation.

The following season, Ethan struggled for game time under Sunderland manager Jack Ross, making just 3 appearances for the club in the EFL Trophy.

The midfielder moved north to sign for Dundee on loan, making his debut for the club in the 1-1 draw with Hamilton in February 2019. Ethan featured regularly for the dark blues during the latter stages of the season, making 13 appearances and scoring twice, in defeats against St Mirren and Motherwell.

After returning to Sunderland at the completion of his loan, Ethan was loaned to League Two side Grimsby Town in 2019/2020, before signing permanently for Blackpool a year later.