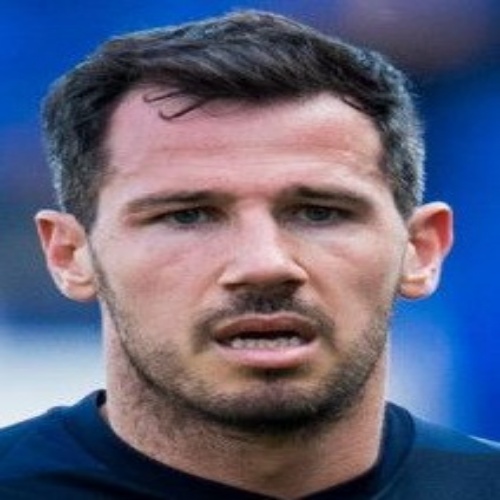 Born in Australia, Ryan McGowan began his career with Para Hills FC, before moving to Scotland to join the Hearts youth team in 2006. Ryan made his debut for the Edinburgh club on the final day of the 2007/2008 season against Gretna, however did not play for the club in any of the following 2 seasons, and spent 2009/2010 on loan to Ayr United.

After a further loan spell to Partick Thistle the following season, Ryan forced his way into the Hearts team. The defender made 38 appearances in 2011/2012 for Hearts under Paulo Sergio, scoring 3 times, including in the Jambos’ famous 5-1 victory over rivals Hibs in the Scottish Cup final. Ryan also made his debut for the Australian national team in 2012 and has been capped 20 times for his country, playing at the 2014 World Cup in Brazil.

After a spell in China, Ryan signed for Dundee United in January 2015, and played the full 90 minutes of United’s 2-0 defeat to Celtic in the League Cup final 2 months later. After leaving United in January 2016, Ryan returned to China for spells with Henan Jianye and Guizhou Hengfeng Zhicheng. The defender also had spells in the UAE for Al-Shirjah and England with Bradford City, before signing for Dundee on loan from the latter in January 2019.

One of Jim McIntyre’s many January recruits, Ryan’s Dundee career started brightly with draws against Kilmarnock and Hamilton, and victory over Livingston in February 2019. However Dundee lost their following 10 games and were relegated from the Scottish Premiership. Ryan made 15 appearances for Dundee, however the team only kept one clean sheet in this time, in a 1-0 victory over Livingston after relegation had been confirmed.

After being released by Bradford, Ryan returned to Australia to sign for Sydney FC.