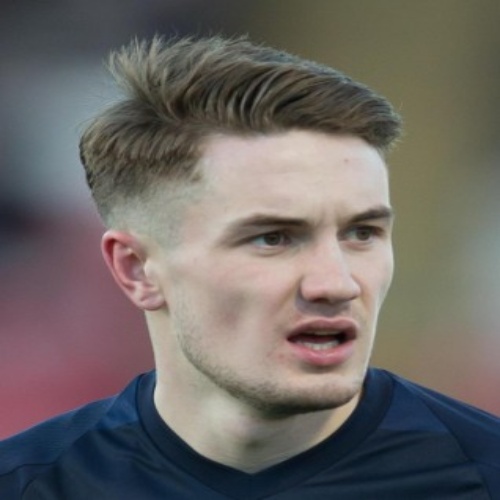 Born in Aberdeen, Scott Wright progressed through the youth system of his hometown club, making his debut aged 16 in a 5-0 victory over Latvian outfit Daugava Riga in a Europa League Qualifier. In 2014 Scott was called up to the Scotland U17 squad, and has been capped for his country up to U21 level. In the following seasons Scott featured regularly from the bench for Aberdeen, and scored a hattrick in a 6-0 victory over Partick Thistle on the final day of the 2016/2017 season.

Having made 18 appearances for the Dons without scoring during the first half of the 2018/2019 season, Scott signed on loan for Dundee in January 2019 until the end of the season. The winger made a bright start to life at Dens, scoring on his debut in a 1-1 draw with Hamilton in February 2019. Scott then netted a stunning free kick, and the winning goal, in a 2-1 away victory over Livingston.

However the winger’s form dipped, along with the rest of the team’s, in a 9 game losing streak which ultimately consigned Dundee to relegation. Although he was dropped from the starting 11 towards the end of the season, Scott made one last appearance from the bench for the dark blues in May 2019 against St Mirren at Dens, scoring in a 3-2 defeat.

Scott returned to Pittodrie seeking to establish himself in the Aberdeen first team, however a serious injury forced him to miss most of the 2019/2020 season.

In January 2021, the winger signed a pre-contract agreement with Rangers before making his move to Glasgow early in February the same year.