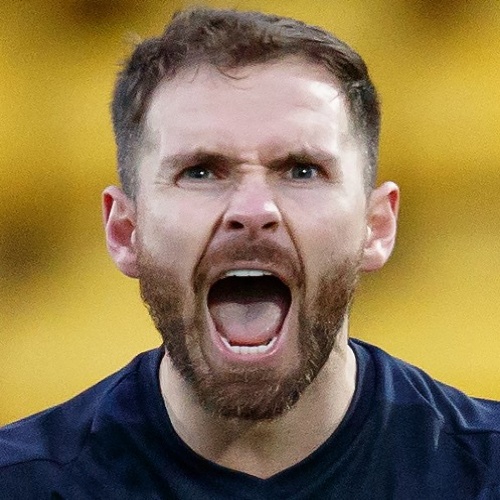 Born in Airdrie, midfielder Martin Woods began his career in the youth system at Leeds United, where he made one senior appearance as a substitute and was loaned to League One side Hartlepool United. After being released by Leeds United in 2005, Martin signed for Sunderland, and made 7 appearances for the club in the Premier League. Martin was released at the end of the season, as the Black Cats were relegated from the topflight after winning just 15 points all season.

After a season with Rotherham United, Martin signed Doncaster Rovers in June 2007. In a 7-year stay with the Yorkshire club, Martin made 136 appearances and netted 11 goals. After a short spell with Barnsley, Martin moved north to sign for Ross County, then managed by Jim McIntyre, in October 2014.

Martin made 28 appearances for the Staggies, scoring twice, to help the Highland club survive a relegation scare to finish 9th in the league. Despite returning to England briefly with Shrewsbury Town, Martin returned to the Highlands to pen a 2 year deal with Ross County in August 2015. The midfielder was part of the Ross County team that defeated Hibs 2-1 in the 2016 League Cup final, the Dingwall club’s first major trophy.

After helping Ross County to a 7th place finish the following season, Martin left at the end of his contract, and later signed a deal with Partick Thistle in October 2017. The midfielders short term deal in Glasgow culminated in Thistle’s relegation to the Championship via the playoffs, and he departed at the end of the season.

In September 2020, Martin signed for Halifax Town in the National League.