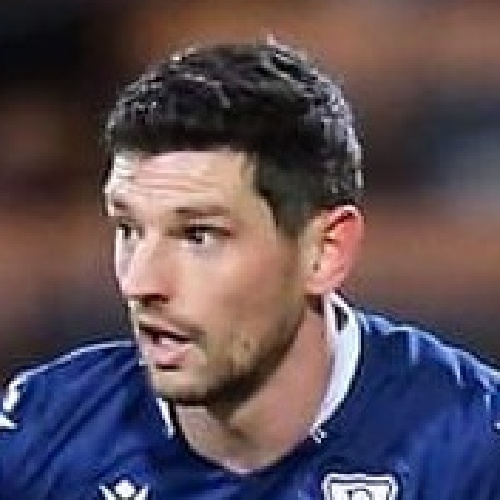 Graham Dorrans began his career at Livingston, making his debut during the 2004/2005 season.

The midfielder enjoyed a fruitful spell on loan to Partick Thistle the following season, making 15 appearances and scoring 5 goals. Graham returned to Livingston and established himself in the first team, making a further 80 appearances and scoring 20 goals in all competitions, playing in the same team as his future manager at Dundee, James McPake.

Despite making only 8 appearances in his first season, Graham was an ever-present the following year, making 45 appearances in the championship and scoring 13 goals as West Brom were promoted to the Premier League.

George Burley handed Graham his Scotland debut against Japan in October 2009, and the midfielder has gone on to appear 12 times for his country.

Graham departed West Brom on loan to Norwich City in February 2015, helping the ‘Canaries’ to achieve promotion to the Premier League via the Play-Offs, before making the transfer permanent.

The midfielder made 49 appearances for the club and scored 6 goals over 2 seasons before returning to Scotland to sign for Rangers in 2017. He endured an injury plagued stint in Govan, making just 25 appearances over two seasons before being released.

Graham arrived at Dens in September 2019, penning a one-year deal. The midfielder has made 23 appearances for the club in all competitions, and scored in the 1-1 draw with Dundee United at Tannadice in December 2019.

It was announced on the 8th November that Dorrans had left the club by mutual consent with the midfielder set to join a club abroad.