About 17.000 spectators turned out at Dens Park to witness a rousing and keenly contested fight between Dundee and Third Lanark.

Dundee speedily got away, and a fine shot by Irving looked dangerous. He had the custodian beaten, but the ball rattled against the crossbar. Another raid by the homesters again failed to produce any result. Dundee gave the visitors an anxious time, but their shooting was weak, Troup being the only man who sent in consistently good shots.

The Thirds' forwards afterwards came into the picture, and but for the magnificent defence put up by Raitt and Thomson, Gibbon would have been tested more seriously than he was.

In the second half the initial rush by Dundee was checked, and a big rally made by the Third. A splendid ball from Walker looked likely, but suffered in the same way as that by Irving in the first half.

Dundee then got away, and following a fruitless piece of work by Troup and Philip, the former fifteen minutes after resumption, sent a splendid ball over to Johnstone, who headed a fine goal. Five minutes later Bell registered a second.

Third Lanark forwards played up. Walker was especially prominent. Flanagan had a good opening, but his drive went past. Walker a little later tested Giobon with a stinging shot, but the Dundee custodian cleared cleverly. Cullen scored in the last minute. 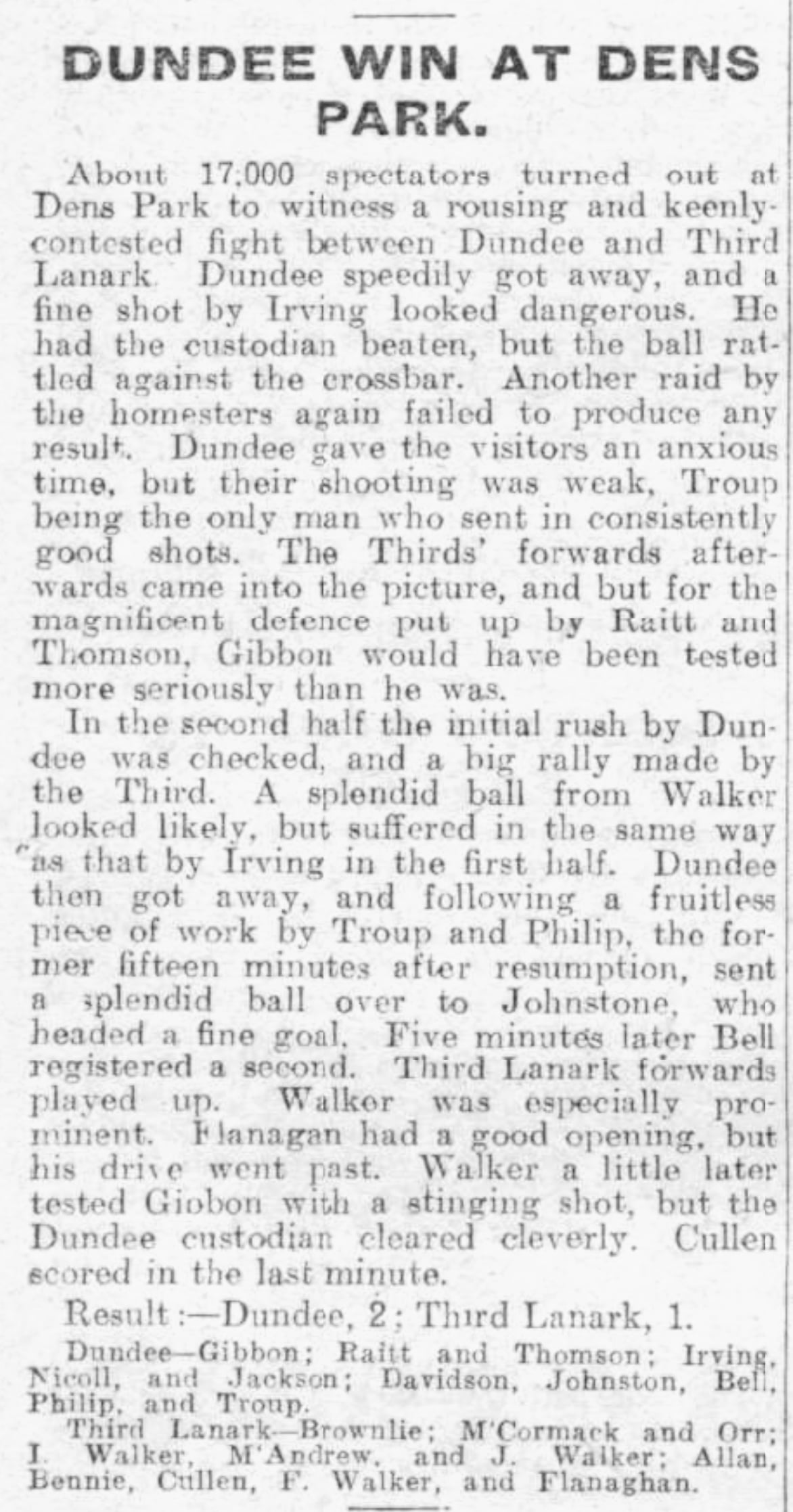