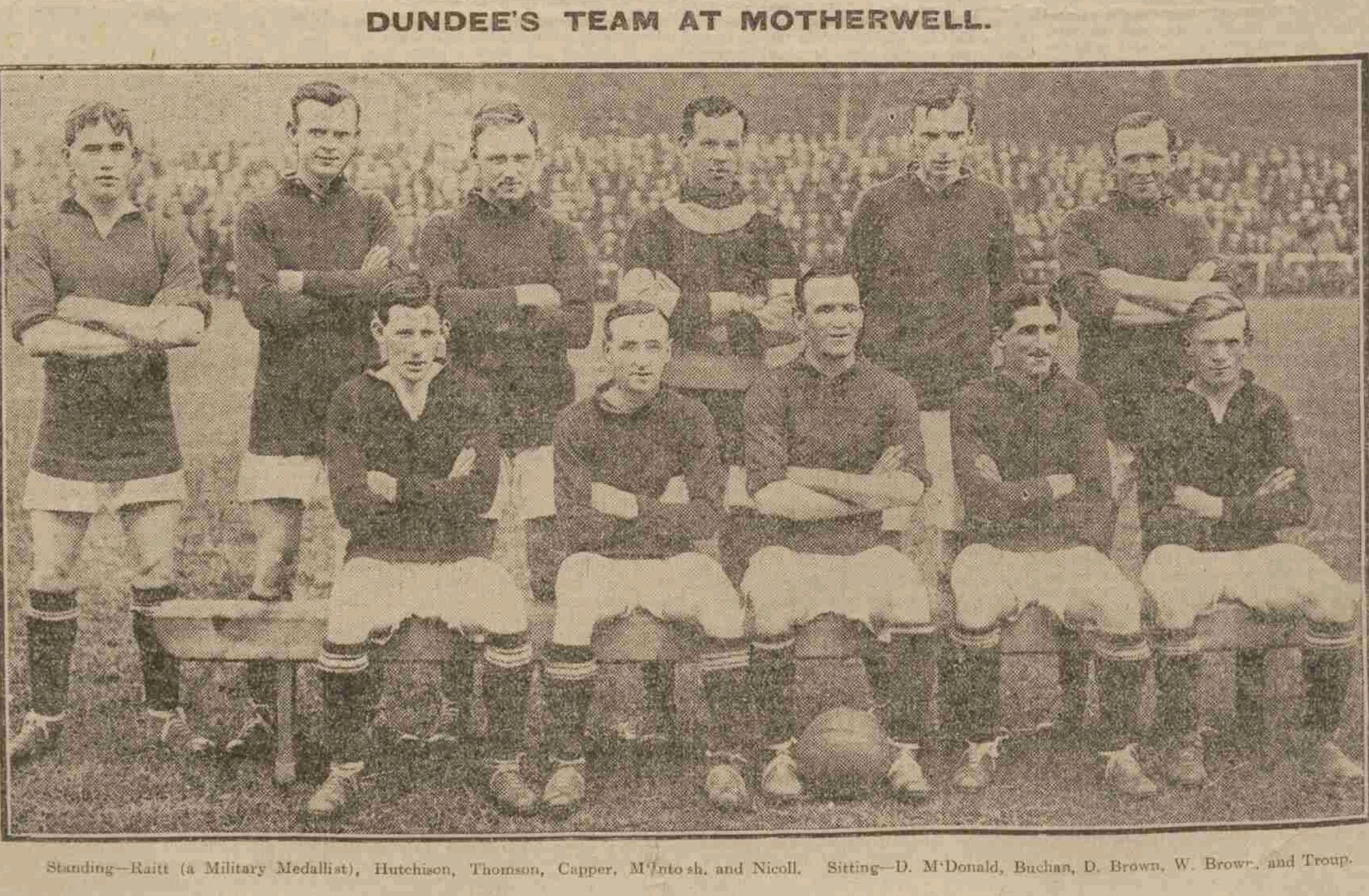 Photography by The Courier

Thanks to Ferguson's three, Motherwell came out on top comfortably at Fir Park yesterday in their opening game with Dundee.

There would be quite 10,000 spectators present.

The Fir Park lads were first to turn on the enthusiasm tap with a beautiful solo run by Lennie. He shot with vigour, and a corner came to nought. The Tayside backs stood up to it nicely, and a distinct change came over the scene when Dundee's right broke away, and, hey presto, D. Brown got the bulge on Rundell with a simple-looking shot, and it was Up Wi' The Bonnets o Bonnie Dundee within ten minutes of the opening.

But Ferrier got to work, and along with Rankine and Ferguson gave Capper a time of it. Nicoll, the vigorous Forfar lad, came into prominence with fearless if somewhat forceful work.

Always dangerous on the left, the Dens Park five were well held by McGregor and Jackson.

The Queen's Park recruit on his laurels by his splendid play, especially in the second half, when he was the best back afield, It was not till close on the whistle call that Motherwell levelled up with a beauty from the foot of Ferguson.

Evens all, it looked as if the second half would see a ding-dong struggle for the points. Dundee promised well, and D.Brown's opening burst was disconcerting for the locals. A corner was all that it bought off, however. Ferguson a few minutes from the resumption brought a change o'er the scene, and scored in characteristie fashion with a low, fast shot.

Motherwell were now quite masters of the situation, although the Dundee lads stuck to their guns tenaciously. Twelve minutes from the end Ferguson finished up a good day's work by beating Capper for the third time with a dandy. Even yet, Dundee, dour and determined, stuck it gamely, and gave Rundell a deal of trouble, with no tangible reward, however, and Motherwell's brace were chalked up at the expense of a team that will come in a bit when the players settle to each other's methods.