In perfect weather, on the ground of the latter, and in presence of goodly company of spectators, these teams decide their return league fixture.

The home club were again represented by a somewhat scratch eleven, which, however, included Morrison, the Irish International forward, who has signed on for the Celtic club.

Dundee were at full strength. The visitors kicked off and, rushing away, they scored. Subsequently play was all in favour of the Celtic, and they had not a few fine shots, but Barrett was in his best form, and saved cleverly; in fact, miraculously on two occasions.

The second half opened in almost the same manner as the first had done, the only difference being that the Celtic were the goal-scorers instead of Dundee.

The Celtics play vastly improved shortly after equalising, and they kept play pretty well continued to Barrett's quarters, bnt they were stubbornly resisted, and fully twenty minutes elapsed before Divers put on their second point.

Dundee had a fine spurt following this second success of the Celtic, and with a little trick might have scored, but the tide had turned against them, and all the opportunities came the Celtic way.

Morrison played a fine game for the home men, and in him they have a splendid forward. 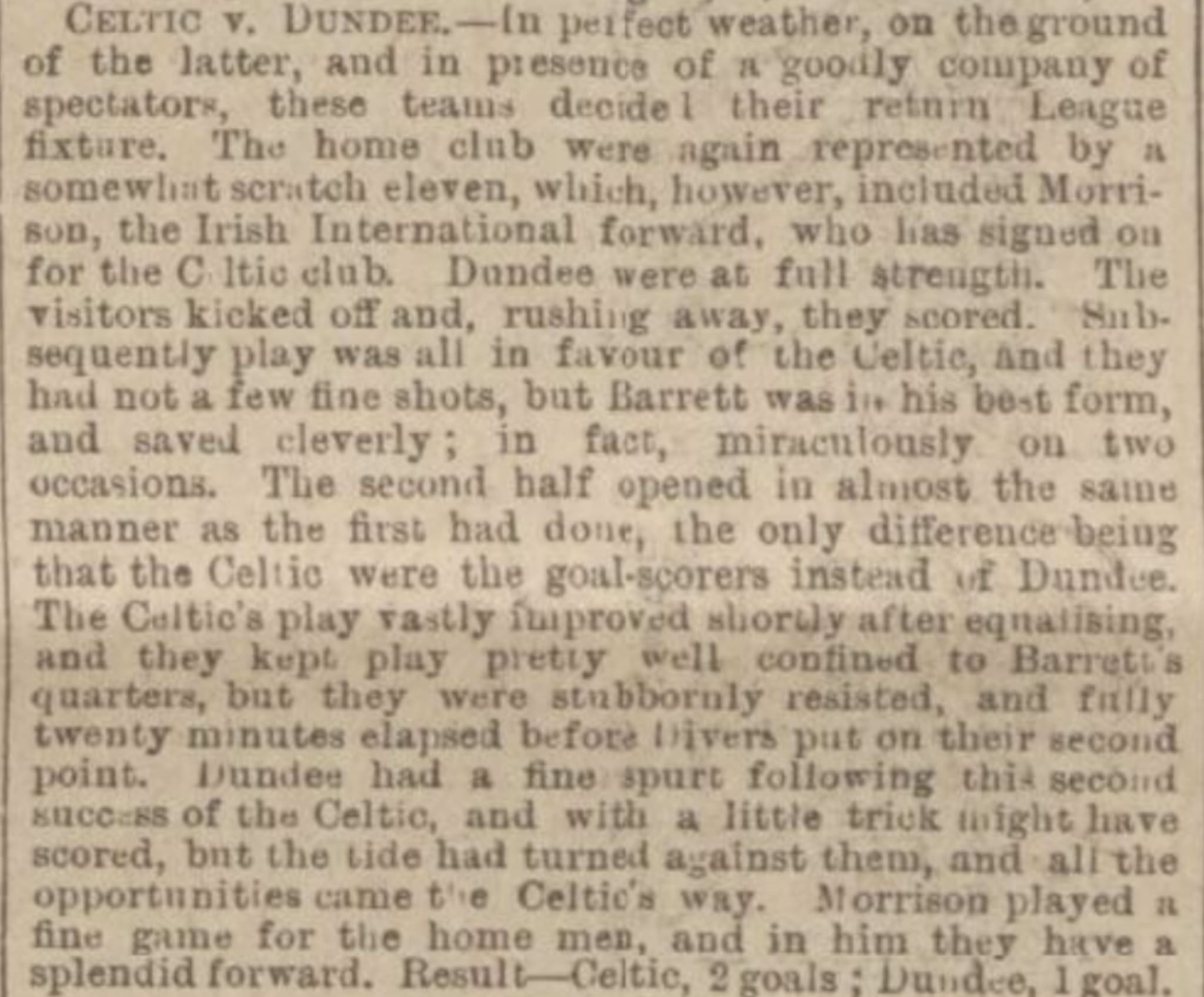