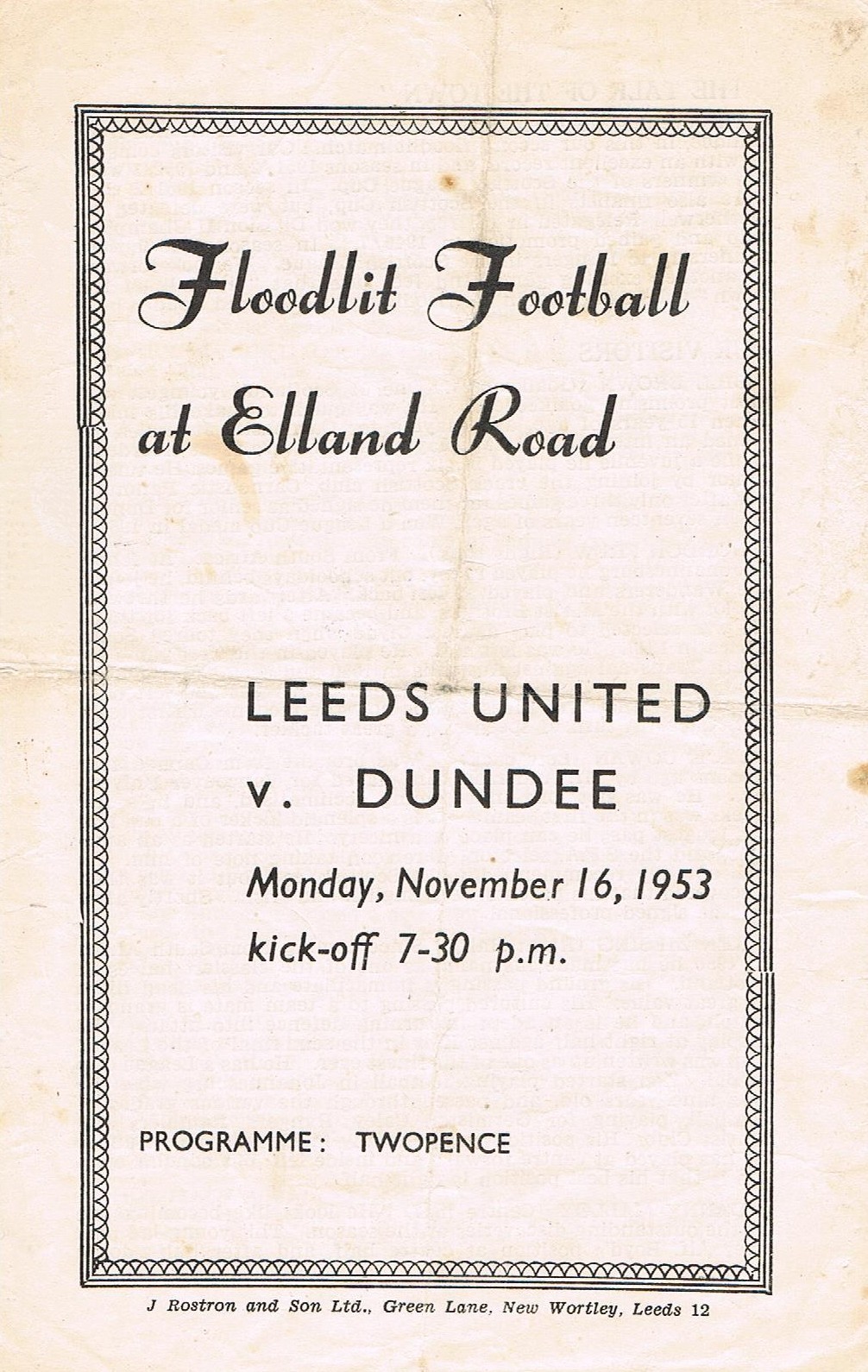 A 34,500 crowd-the biggest of the season on the Elland Road ground-saw Leeds United win a hard-fought battle under the Yorkshire club's floodlights last night.

There were a few sweeping movements by both sides, but the game was spoiled as a spectacls by the work of two strong and efficient defences.

The home side had turned defence into attack at lightning speed, and Scotsman Dunn, veteran Raich Carter, and Nightingale paved the way for Charles, who injured keeper Brown with the power of his drive.

Brown soon recovered, however, and saved a couple of dangerous first-half headers from Charles.

United had a one-goal lead at the interval, and in the 75th minute inside forward Nightingale put them further ahead with a hard, low shot after Carter had found him in the penalty box with a free-kick awarded for a foul on Charles.

On many occasions Dundee, strong in their midfield play, looked just as dangerous as their opponents, but their shooting lacked accuracy.

In the early stages Steel rounded off a glorious dribble with a rising drive that went wide of the target, and Turnbull and Cowie both hit the United bar.

Burrell was the best winger on the field. A shot from him in the closing stages produced the finest save of the match a finger-tips effort by the home keeper, Wood.

Malloy played with tenacity against Charles, and rarely could the Welshman shake him off.

Right-back Frew gave a great first half display, playing winger Tyrer out of the game. But at the interval Irvine took over from him in that position.

At times the battle was as fierce and intense as any cup-tie. The Dundee men left a very good impression with the Yorkshire crowd. 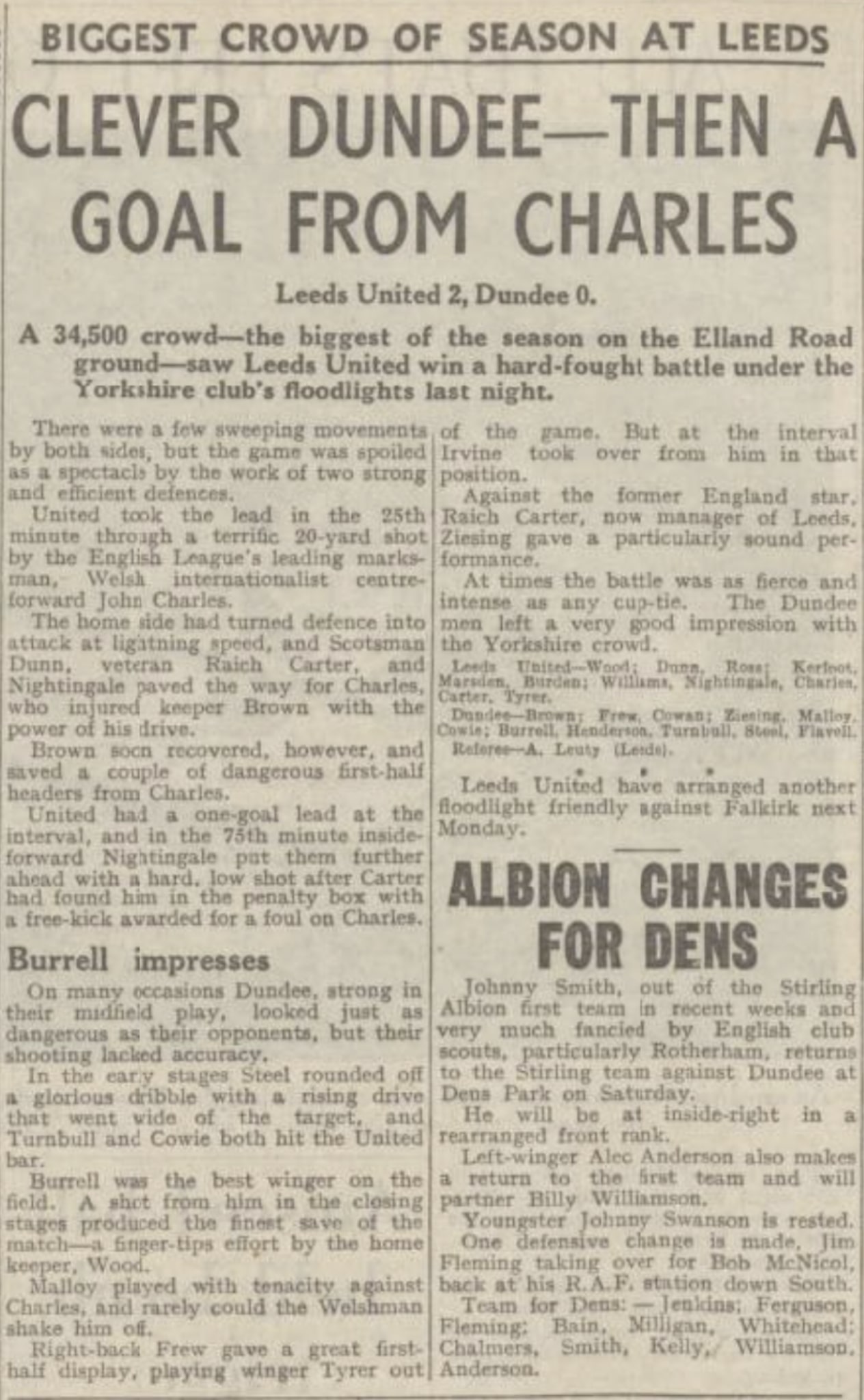