The Second League champions visited Carolina Port on Saturday, and engaged in a friendly match with the Dundee. There was a large turnout of spectators. Both teams wanted several of their regular players, whilst one or two new men were given a trial.

Sharp, who is an amateur, hails from Broxburn, and Dundee wished him to show his paces before any "business" was done.

The weather was pleasant, but a strong wind blew right down the field. Winning the toss, the strangers naturally took advantage of the breeze, and pressed at the outset. Ferguson opening the scoring with a fast shot after Stewart had saved from the right.

The strong wind rendered good play out of the question, and what would otherwise have been an excellent game became a rather tame exhibition.

A lovely attempt by Clark was smartly returned by Spence. Longair, who was playing as strentiously as ever, was the means of the equalising point being obtained, Ferguson turning the ball past Spence from a long drive by the centre half.

Not long afterwards Stewart foozled a shot from Ferguson, and Dundee were thus one down. Half time arrived with the scores unchanged.

On the resumption of hostilities Dundee, aided by the wind, took up the aggressive, but the forwards displayed little judgment in their attempts to Score. For fully half an hour they confined the "Jags" to their own quarter, but throws-in, corners, and behinds were the only results of their efforts.

Towards the close Thistle turned the tables, and made several raids into Dundee territory.

The whistle blew with the Dundee pressing, and a rather tame game ended in favour of the Thistle by 2 goals to 1.

"Barney" Battles, it might be mentioned, walked the line for the Dundee. 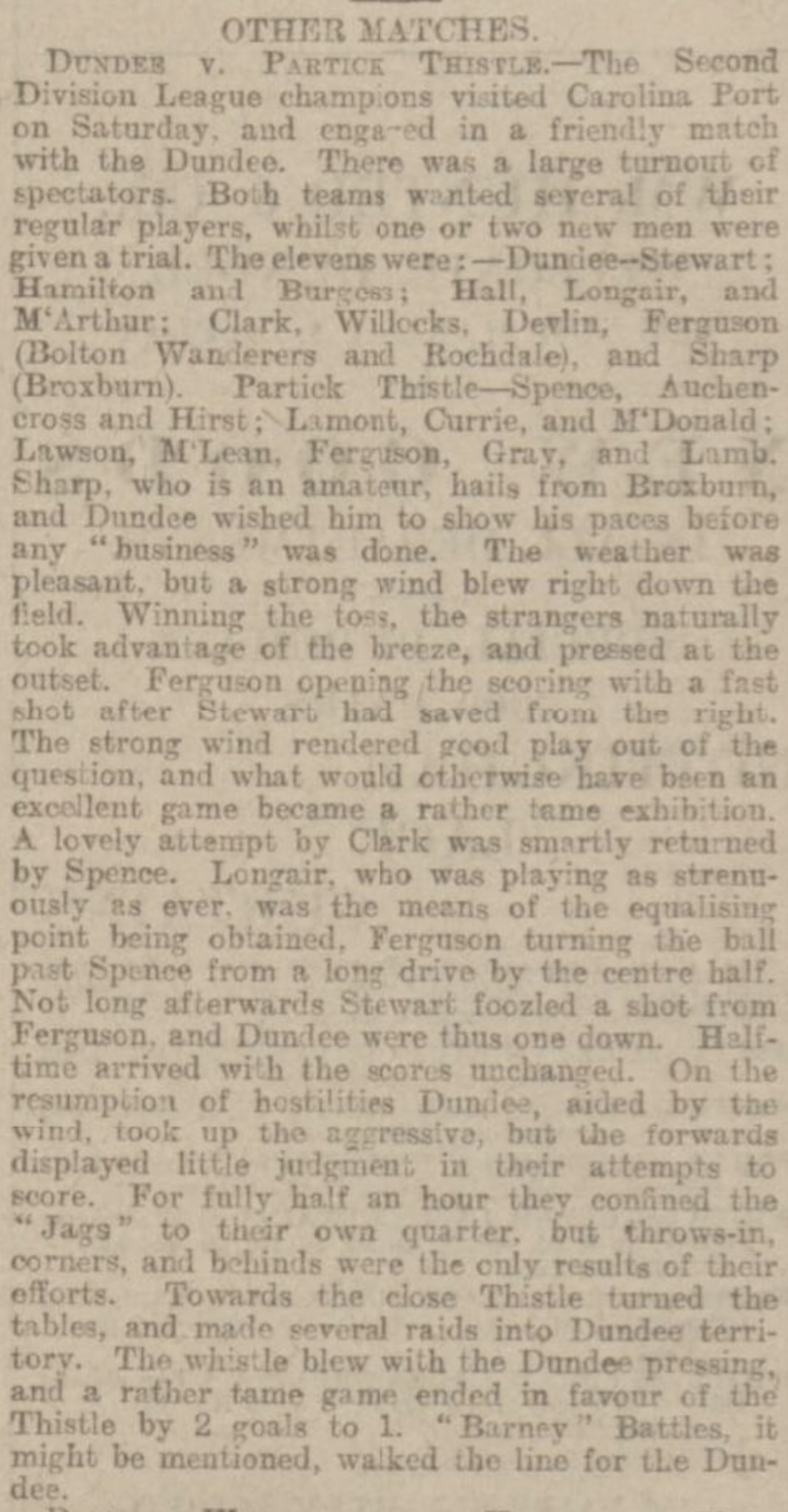