Dundee was fully represented, with the exception of Keillor. who was playing against Wales, the team being composed as follows:- Hillman: Kelso and Burgess: Dundas, McArthur, and Stormant: Allan, Clark, Devlin, Willocks, and Smith.

Stirlingshire kicked off and visited Hiliman. Dundee retaliated, and after Watson had returned twice Devlin beat him with a smart shot.

Play was principally in Stirlingshire quarters, Watson being kept on the lookout. Stirlingshire again broke away, but Hillman returned. Willocks almost raised Dundee's total, his shot missing by inches only.

Play for a while was pretty even. Stirlingshire having a fair share of the play. Hillman had one clever save with three Stirlingshire forwards pressing, which elicited a cheer from the spectators.

Allan missed a grand chance to score by shooting wildly when he had no one to beat but Watson. Dundee were having much the best of the play, and Stewart had to concede a corner, which, although well placed by Smith, proved fruitless. Johnston missed a good chance to equalise by hesitating to shoot.

On resuming Stirlingshire had a look in, but McArthur relieved. The Stirlingshire men played with more effect in this period, and Hillman had to save shortly after the restart.

Stirlingshire then got a corner, but, thanks to Hillman, it proved fruitless. Another corner followed, and Clark cleared, passing the ball to Allan, but Dundee was penalised on Devlin's account.

A third goal was scored by Dundee off Clark. and soon after Watson, the Stirlingshire goalkeeper, saved off Devlin and McArthur.

Towards the close both teams played splendidly, but Stirlingshire failed to score, and the game ended -Dundee, 3; East Stirlingshire, 0. 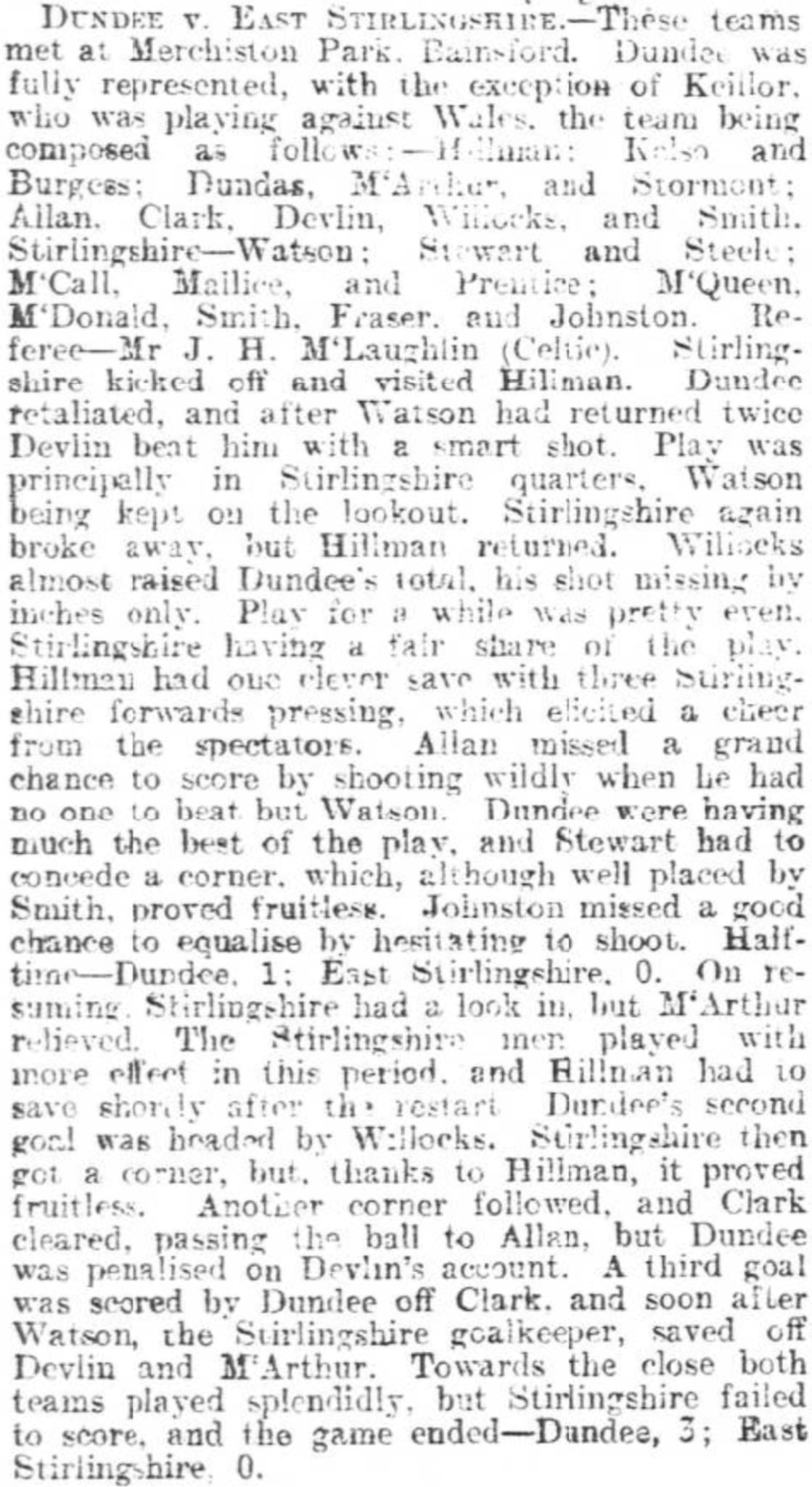