Some 1500 persons were present at this match. The weather was fine, except for about twenty minutes, during which there was a heavy shower of hail.

The Aberdeen were represented by the same team as did justice on Saturday, but the Dundee were without Kelso, Keillor, and Smith.

Play in the first half was of a fairly interesting kind, although nothing brilliant was accomplished by either eleven. The Aberdeen held their own with their more experienced rivals, and C. W. Mackie and J. Mackle had several excellent tries at goal. Henderson and Thomson were also in fine form.

When the teams crossed over the Dundee led by one goal to nil. Within a few minutes from the restart the visitors again scored.

The Aberdeen did not get disheartened however. They played with commendable dash, and on several occasions nearly scored. The Aberdeen got their first and what proved their only goal through C. W. Mackie, who finished a fine run by negotiating the ball past Hillman. 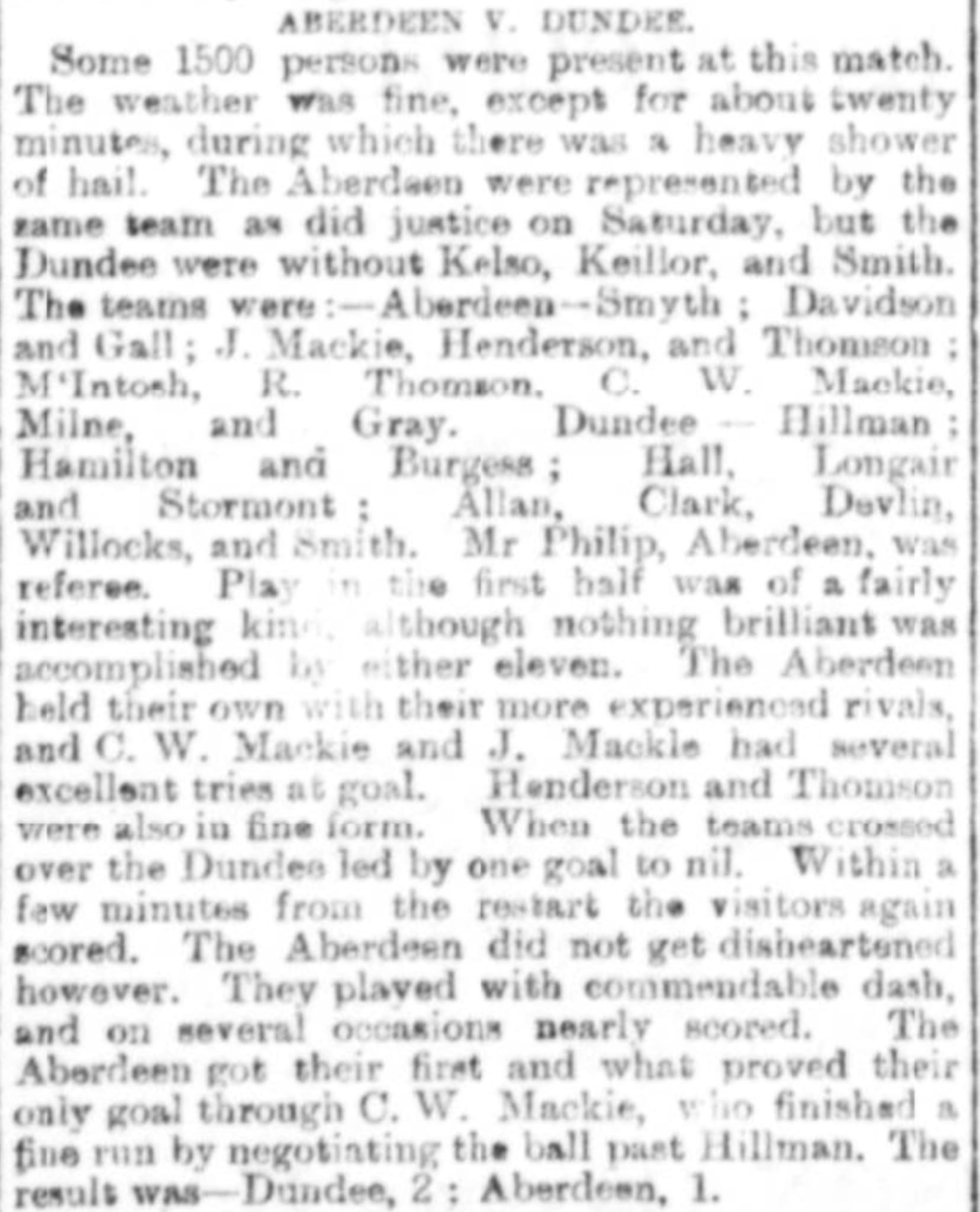