This match - for Bell's benefit - was played at Goodison Park, Liverpool, yesterday before 7000 spectators.

Dundee started, but were soon repulsed. The Everton forwards next attacked vigorously, and a fine pass from Taylor enabled Cameron to score for Everton after a couple of minutes' play.

Dundee played up, and Menham was called upon to save from Smith. Everton continued to have the advantage, but Hillman and the backs kept them out, Kelso, in particular, showing up well.

Dundee now and again made a brief attack, but their efforts were fruitless. Half-time arrived with the score - Everton, 1; Dundee, 0.

Everton restarted, and had a good run down, only, however, to be repulsed. Everton then had a turn at pressing, and Hillman brought off some fine saves.

Play ruled more even in this half, the game being much more interesting. Towards the end Everton again reasserted themselves, and Chadwick and Taylor sent in grand shots, but it was left to Bell to score their second goal after some good work. 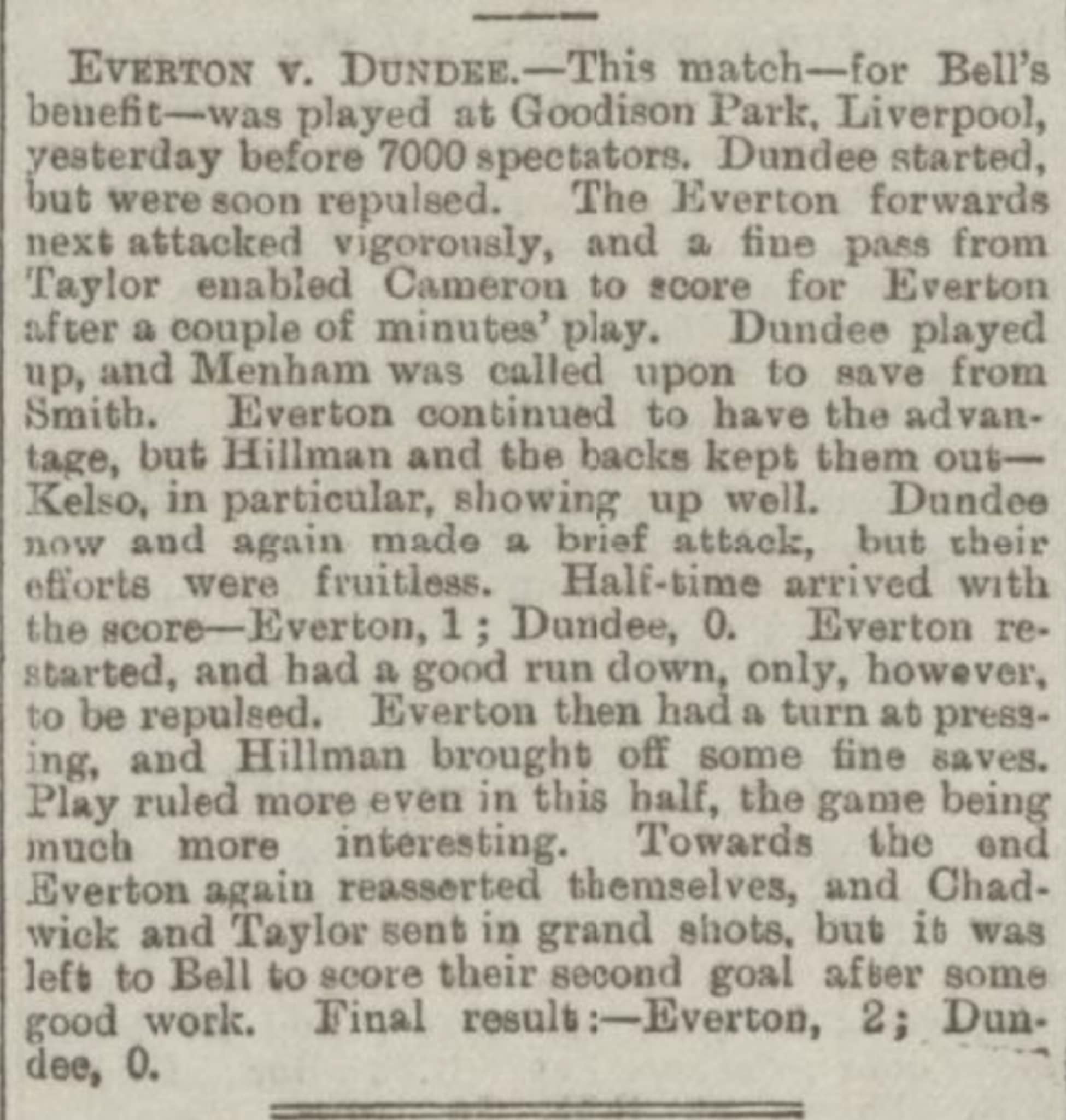