The football season in Aberdeen was practically opened on Saturday. Two Southern clubs visited the city, and there was a busy day of it. The principal match was between the Orion and Dundee, and was played on the Orion's new groundat Cattofield, Kitty brewster.

There was a big crowd of visitors, and the ball was kicked off by Councillor Glass, president of the Orion Clib, and soon both sides were making every effort to draw first blood on the new field.

It was soon apparent that the game was to be a hard one, for the softness of the pitch told badly upon the players, who were thus severely handicapped in their work.

After about ten minutes play a rush was made towards the Orion goal, and from a pass by Fleming, Gilligan tipped through the first ball for the visitors.

The Orion had several hard tries, but to no purpose, and after some good play on both sides another rush by the Dundee men proved fruitful, Gilligan again passing down with the ball and scoring goal number two.

Both goals were decidedly "soft," and by more combination on the part of the home players might have been averted. They several times showed slackness which was to their disadvantage against the Dundonians.

The game had been proceeding for about half an hour, when Gilligan got in a third goal, which seemed to make the home men lose heart. Their backs especially seemed to be rather weak, while the Dundee backs, on the other hand, played with considerable dash.

The play from this time up to the end of the first period was uneventful, but rather rough, several fouls having been called, more especially against Dundee.

The second half opened lively, Orion seemingly having plucked up more spirit, and after working hard for about fifteen minutes Stopani scored the first goal for their side. This created quite an outburst of enthusiasm, which had scarcely subsided when the same player again succeded in registering a goal for the Aberdeen men.

The Orion continued to keep up pressure, and several times had very hard lines. The excitement in their favour died down considerably when Gilligan scored a fourth goal for Dundee, and practically put the home team's chance of winning the match now out of the question. 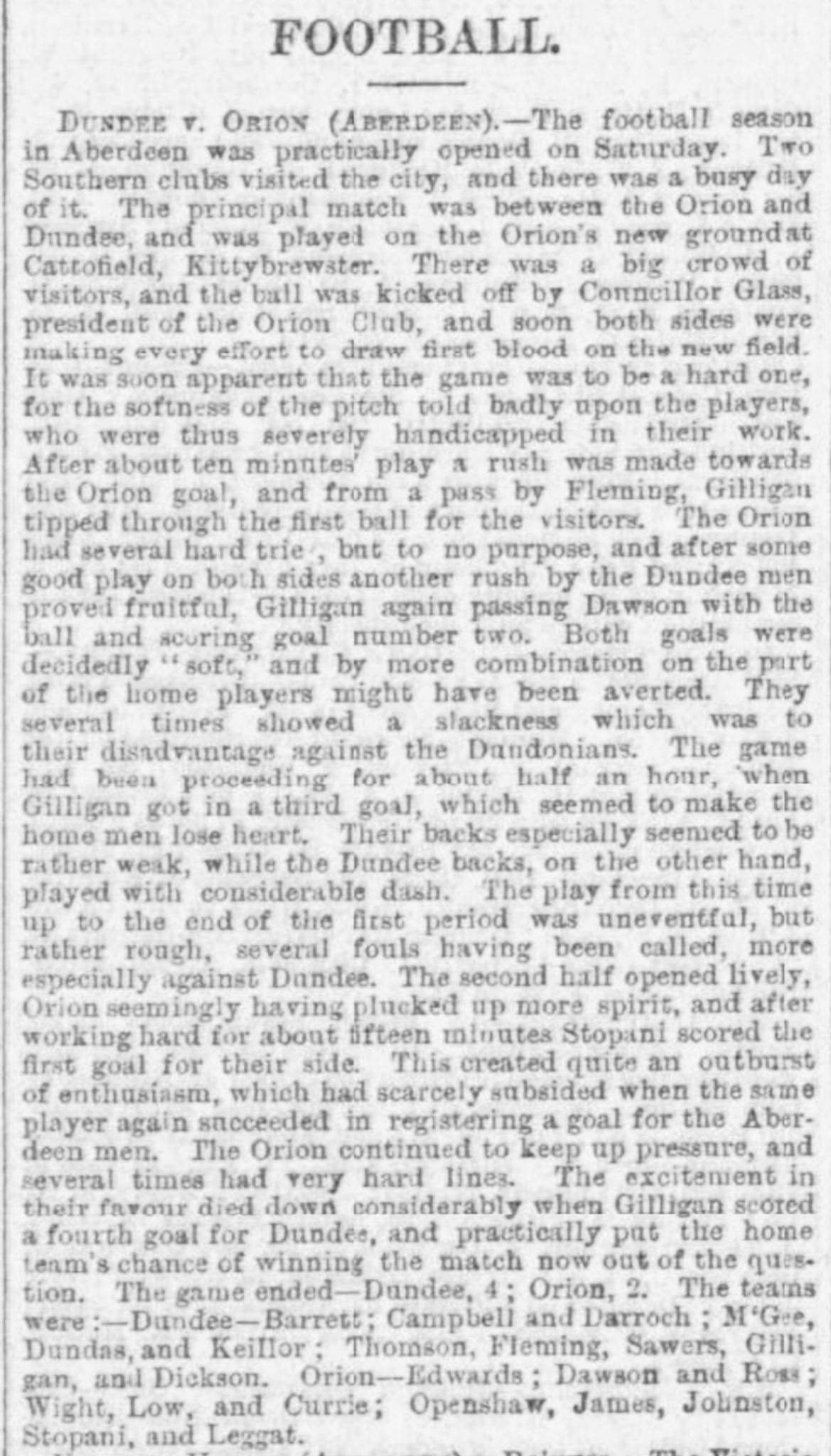