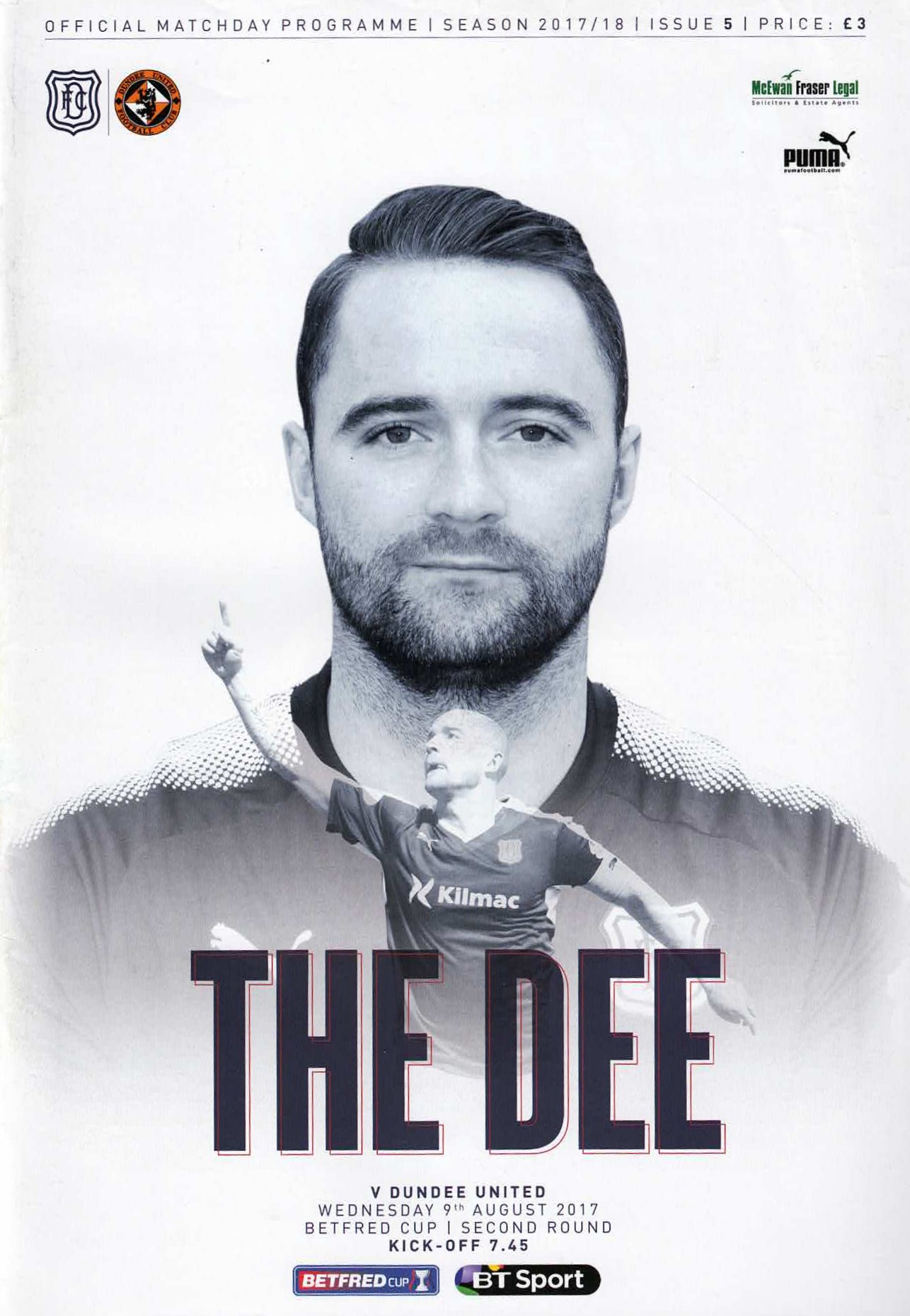 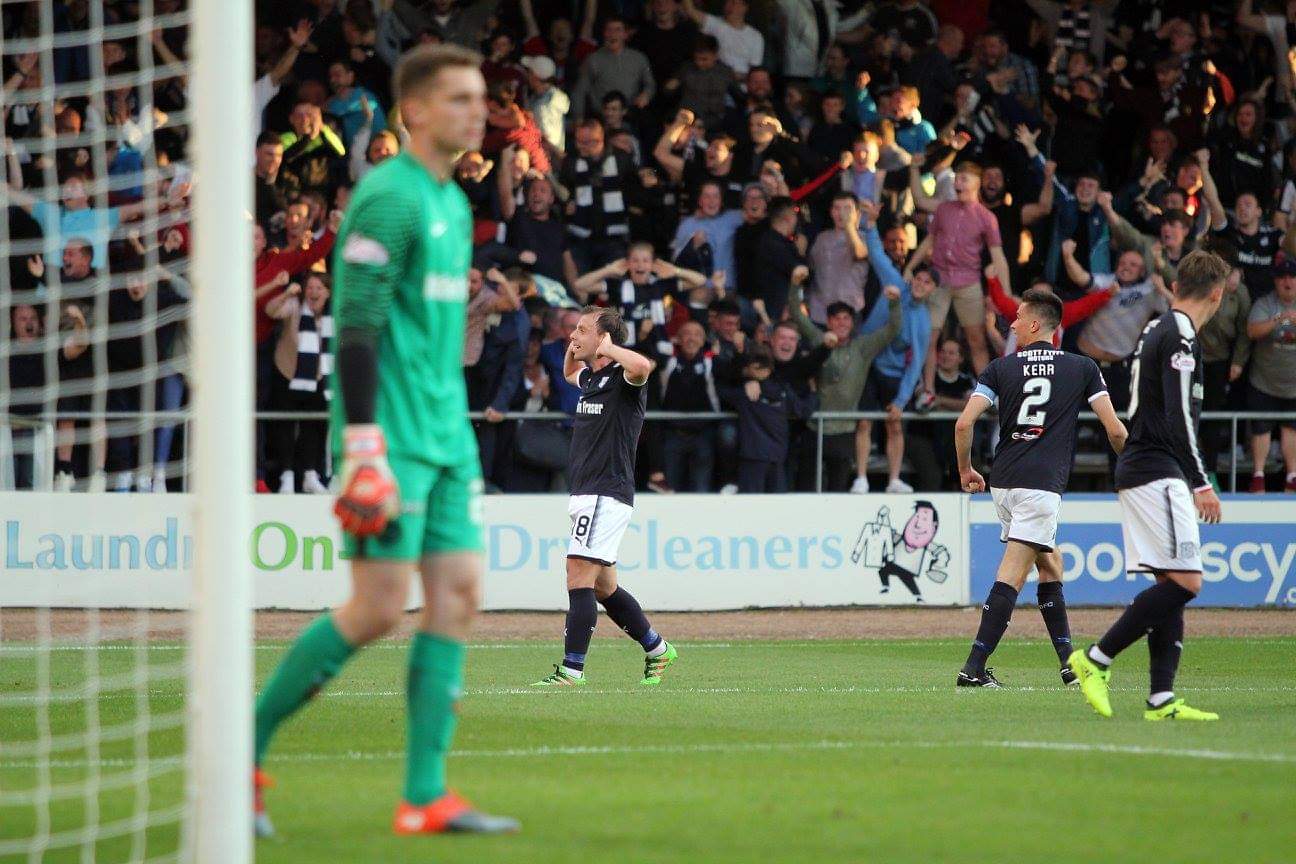 For football supporters it doesn’t get much better than knocking your local rivals out of the cup, with the stadium rocking under floodlights. Tonight it was the turn of Dundee supporters to revel in derby delirium, as the Dee defeated Dundee United 2-1 in the Betfred Cup. The scoreline looks close but flatters a United side who were second best to the exuberant Dark Blues throughout. Faissal El Bakhtaoui put Dundee ahead with a stunning opener, only for Billy King to give United an equaliser against the run of play late in the first half. That setback didn’t unsettle the Dee and Paul McGowan scored a richly deserved winner midway through the second half.

The Dark Blues made four changes from Saturday. Jack Hendry came in for the suspended Darren O’Dea, Marcus Haber replaced the injured Sofien Moussa while Paul McGowan and Faissal El Bakhtaoui started instead of Mark O’Hara and Randy Wolters, who were on the bench. United brought in new signings Scott McDonald and Fraser Fyvie.

Dundee attacked down the slope towards the Bob Shankly Stand in the first half and soon had United’s defence under heavy pressure. The visitors failed to deal with a Scott Allan corner and Kerr Waddell bundled the ball past the far post. The Dee went even closer when Paul McGowan curled over a cross for Marcus Haber to send his header looping over the stranded Harry Lewis and inches outside the post.

The Dark Blues were pressing United furiously all over the park and the visitors were struggling to hold onto the ball. When Dundee had possession they were sending waves of attacks sweeping towards United’s goal. Haber burst past Tom Scobbie on the right and rolled the ball across for Allan, who wastefully ballooned a first time shot over the bar from 18 yards. Scobbie appeared to injure his shoulder when he fell in that incident and he was replaced at left back by Jamie Robson.

The United central defenders had looked uncomfortable against the combination of Haber and El Bakhtaoui, and the French striker should have opened the scoring with a chance he created himself. He robbed Edjenguele and raced clear only to send his shot wide.

El Bakhtaoui had been shooting from outside the box at every opportunity, without successs. On half an hour he got it gloriously right. A prolonged Dee attack ended with Edjenguele heading clear as far as EL BAKHTAOUI, who took a touch before lashing a rising shot into the net, glancing off the underside of the bar, from 20 yards. It was no less than the Dark Blues deserved.

A rare United attack produced a half chance for Scott McDonald who shot too high from a Billy King cutback. Dundee continued to dominate and United would have been happy to reach half time only a goal adrift with the opportunity to reorganise.

Surprisingly and frustratingly the visitors equalised against the run of play, five minutes from half time after being on the ropes throughout the first half. Sam Stanton burst through on the right and drilled a hard, low cross over for Billy KING to tap the ball in at the far post.

Dundee responded superbly to that disappointment. They opened the second half at a high tempo and seized control once again. Harry Lewis struggled to reach a corner but El Bakhatoui’s shot was blocked. From the next corner Kerr Waddell headed over. Roarie Deacon was next to have a go after he dragged the ball back from the byline to make space for a shot, but Mark Durnan blocked. Throughout the match the Dark Blues were winning corners every few minutes, and from yet another one Jack Hendry’s header flew inches past the far post with Marcus Haber lunging at the ball and just failing to turn it in.

United’s defence had been leading a charmed life, but their luck run out after 63 minutes. Roarie Deacon sent a long ball across the penalty for Scott Allan to roll the ball into the path of Paul MCGOWAN who side footed the winner across Lewis and high into the net from 15 yards.

Dundee continued to dominate, holding the ball and probing a stretched United defence. At the end of a lengthy attack Paul McGowan shot wide from 20 yards. Marcus Haber came close to a third when his header from El Bakhtaoui’s superb cross was scrambled off the line by the combined efforts of Lewis and Edjenguele.

Randy Wolters came on for the last quarter of an hour, replacing Roarie Deacon, who had been booked and was in danger of annoying the referee with his complaints about his treatment from United’s defence.

There was a nasty scare with 10 minutes left when Scott Bain, Kevin Holt and Billy King all got in a tangle converging on a long ball. The ball broke for King, who screwed his shot past the covering defenders and wide. A couple of minutes later the same player had another go from a wide angle, but Bain saved easily.

In the last few minutes United threw men forward, but the young Dark Blues defence held firm. Paul McMullan sent a curling shot from 20 yards over the bar, but United couldn’t create a clear chance or get another shot on target. They always looked vulnerable to conceding a third from fast Dundee breaks, but there were no further goals. The Dark Blues had to be content with a 2-1 victory following a performance in which they were by far the better team.

At the final whistle three sides of the ground rose to applaud, shout, scream, stamp and let it all hang out! Winning derbies feels just great, and the delighted Dees in the stands made the most of the opportunity.

There were doubts raised about Dundee’s defence before the match, with no fewer than four first team central defenders unavailable. However, Kerr Waddell and Jack Hendry were excellent, and they looked far more composed and in control than their more experienced counterparts in tangerine. Dundee dominated the midfield, and United were always toiling as they tried to cope with the flood of Dark Blue shirts running over, through and past them. A 2-1 scoreline certainly doesn’t tell the full story of a derby win that thrilled Dundee supporters tonight. 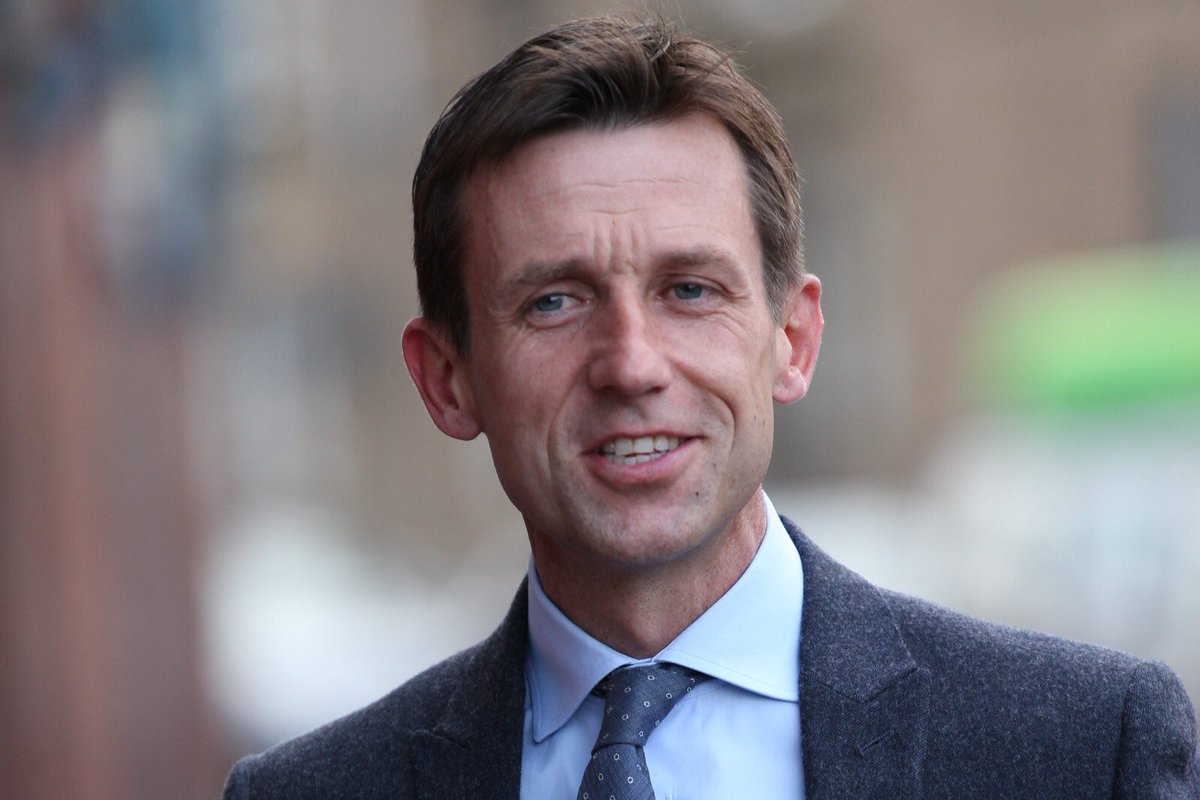 We are all still hurting from the defeat at the weekend against Ross County and looking to get back to winning ways this evening.

It's important as a manager and coach to understand what went wrong in defeat, and having watched the match again, we know exactly where we made mistakes and how we could have prevented them.

Once you recognise it, you discuss it and then as a group work on it, and wel have.

I accept that we are not the finished article at this stage of the season but I still expect better and I won't excuse the team from acknowledging the mistakes we made If we understand them, then we learn not to make them again.

We are still forging relationships and understanding within our group. This takes time but one thing is for sure, the boys are working tirelessly to be better.

On Saturday we showed yet again that we will not roll over and give up. the team in its infancy has shown a real quality of going right to the final whistle, something that will stand us in good stead this season.

I hope your support is as determined.

We sampled the Derby atmosphere ten days ago and it showcased the football passion in this city, tonight it will be cranked up a notch with a place in the Quarter Final at stake. So get behind the team and help push us to victory.