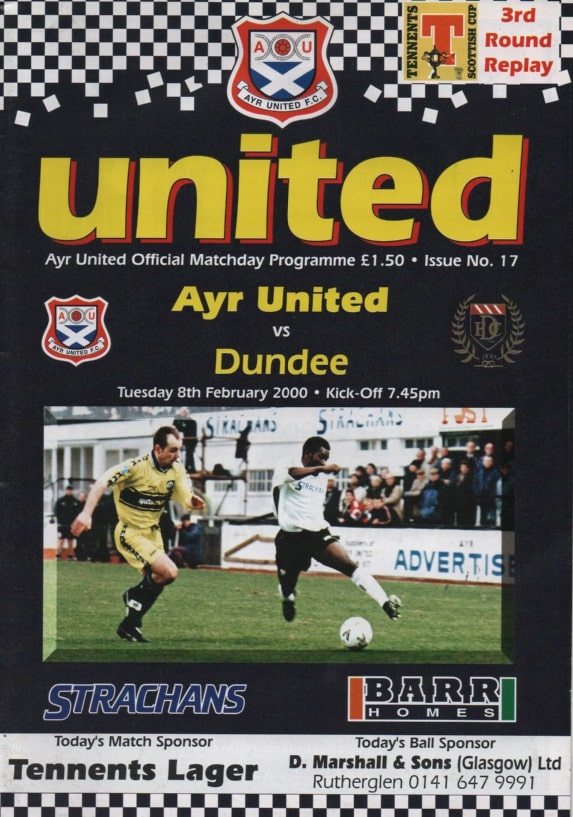 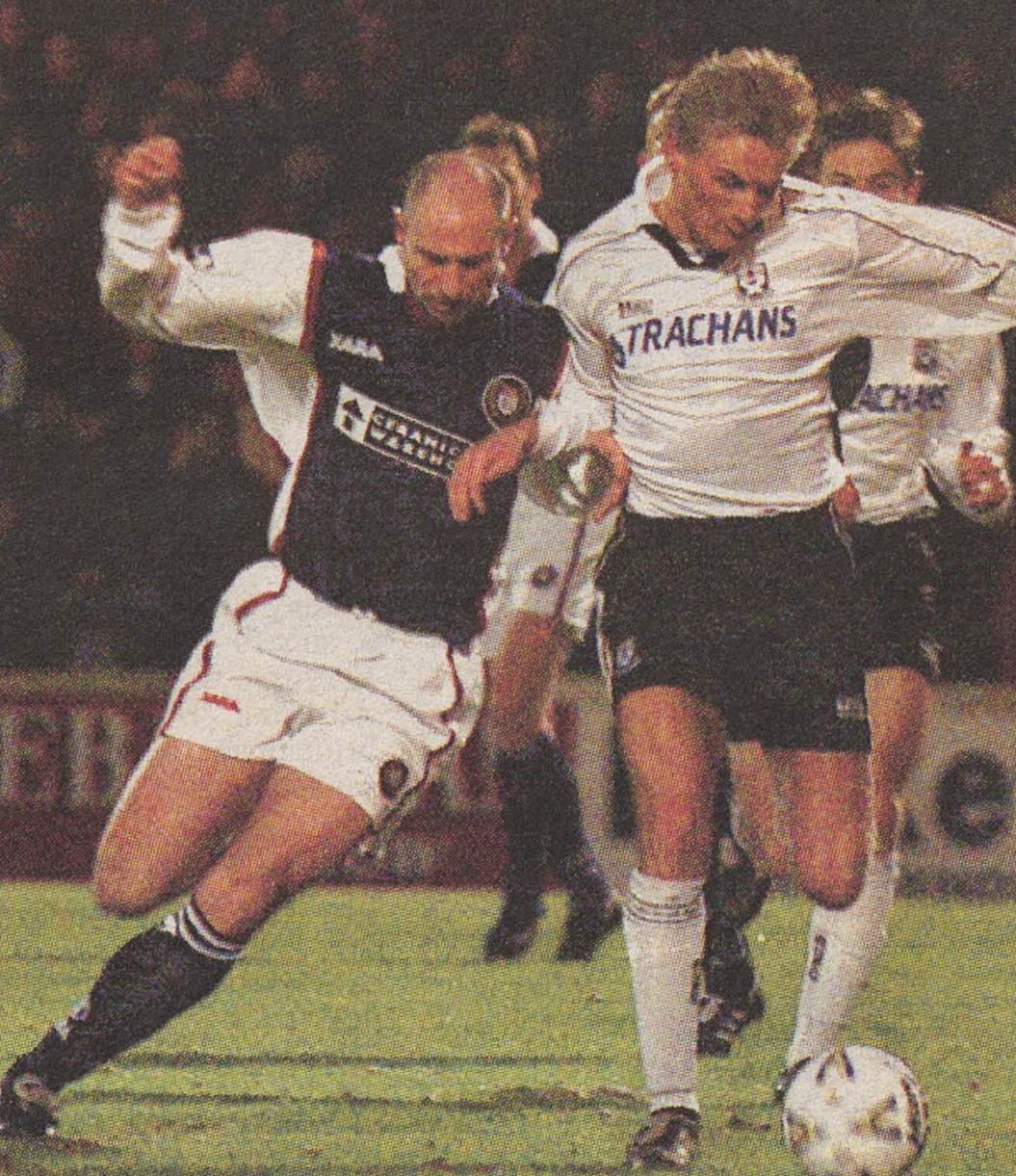 First Division Ayr United could easily have continued their recent habit of causing upset against top-flight teams in the Tennent's Scottish Cup as they dominated this tie at Dens Park yesterday.

The Somerset Park side eliminated Ayrshire rivals Kilmarnock in each of the last two seasons and, with better finishing against Dundee, would have won this tie at the first time of asking.

As it is, they will get a second bite of the cherry down at their own patch a week on Tuesday. And it was no more than Gordon Dalziel's team deserved.

From almost the first kick to the last, they looked the more accomplished side and, if they had won by a couple of goals, the Dark Blues could have had no complaints.

With Man of the Match Gary Teale causing all sorts of problems, the Honest Men soon had the big boys from the SPL looking worried.

In 15 minutes, his cross from the right found Neil Tarrant and the striker squandered a glorious chance from no further out than eight yards.

That set the pattern for the rest of the afternoon. and, with Teale, Mickey Reynolds and Marvin Wilson providing the ammunition, a string of chances were created but missed.

On some occasions, like when David Craig had failed to control the ball on the six-yard line, that was down to bad finishing, while, on others, it was because of the fine form of keeper Robert Douglas.

He had an excellent stop from ex-Dark Blue Neil Duffy in the first half and, after the interval, denied Reynolds with a superb diving save. And, when he was beaten by a Tarrant volley just two minutes into the second half. Douglas had defender Craig

Ireland to thank when he blocked the ball. In attack, Jocky Scott's charges showed far too little. Eddie Annand went close with a lob that Craig Nelson had to touch over and, when the front man rounded the Ayr keeper late on, Craig was on the line to hack his shot away.

Those two efforts apart, the home team did not look dangerous. Manager Jocky Scott must have been bitterly disappointed by this latest home showing. His opposite number, though, had every reason to be proud of his players' performances and to believe that they can finish the job in the replay.