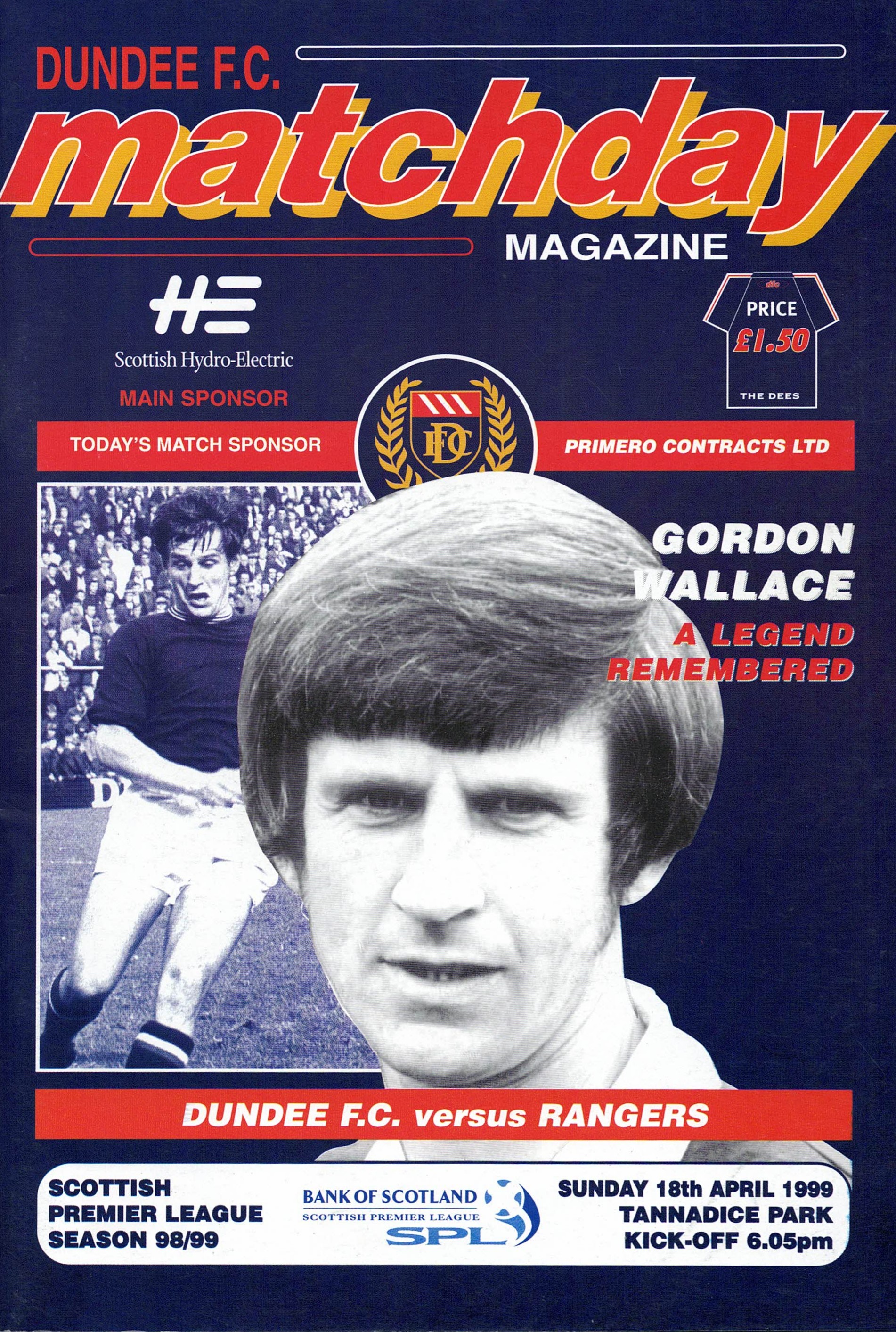 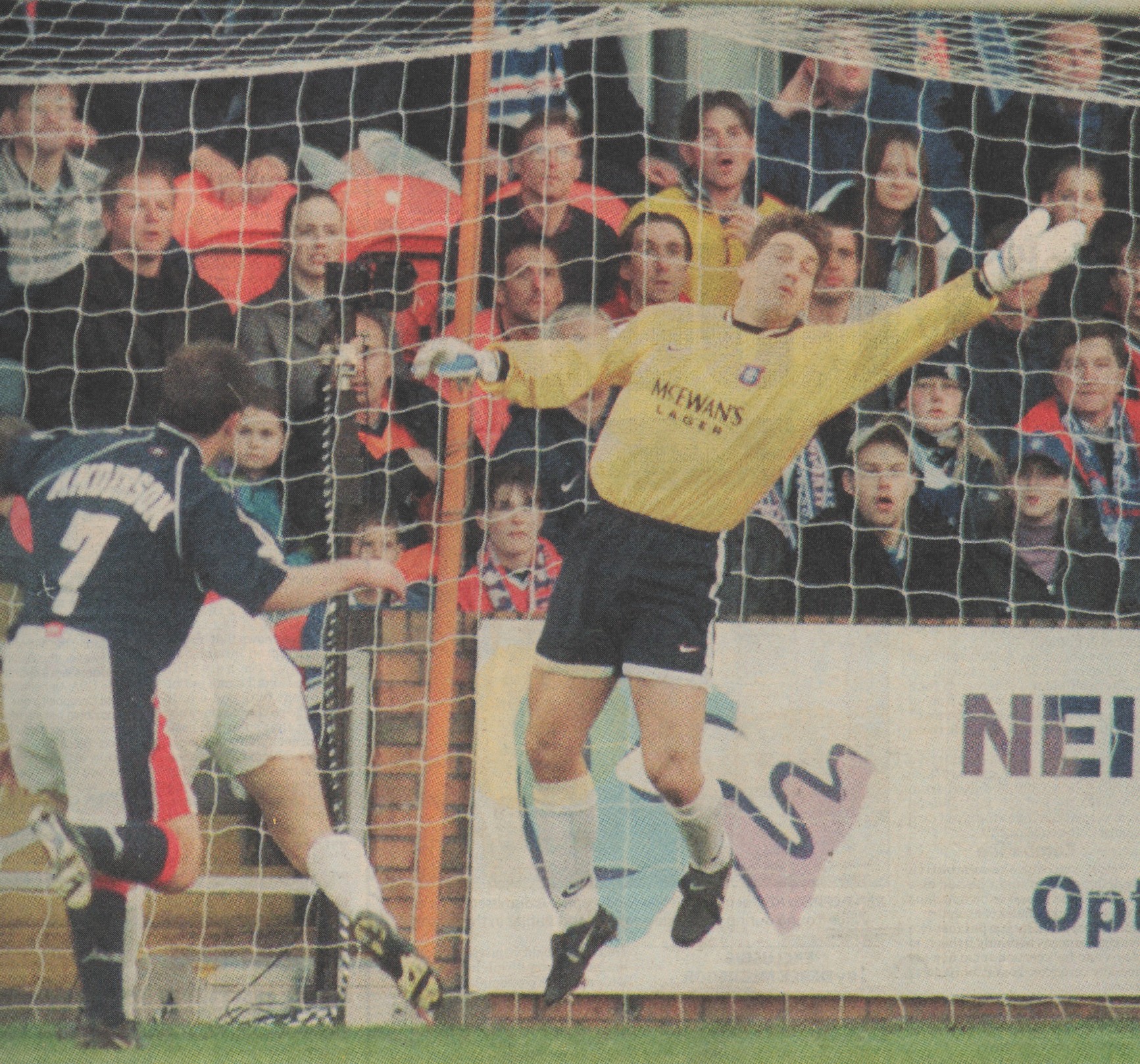 A change proved as good as a rest for Dundee last night, the temporary switch to Tannadice proving the catalyst for a hugely impressive display against Dick Advocaat's treble-chasers.

The Dark Blues went into the televised match having found Rangers too hot to handle at both Dens Park and Ibrox, the season's three meetings having brought three defeats with an alarming goal aggregate of 11 against to just one for.

And, considering the off-field machinations that have surrounded the club over the past few days with revelations of failed takeover talks involving city rivals United, they could have been for given for viewing it as little more than an exercise in damage limitation.

Manager Jocky Scott, however, took precisely the opposite view, figuring that they had little to lose by being positive. He said, "I had tried everything else against them-a back five, a back 10, you name it-and still got gubbed so I thought I might as well try throwing players forward."

It worked better than he could have dared thought possible. His young side streaked into the lead courtesy of lain Anderson's first goal of the season, then fought for all they were worth for a draw and the point which may just be decisive in keeping them in the top league come the end of May.

Certainly Rangers manager Advocaat doesn't expect them to go down after watching them make his side look decidedly pedestrian for long periods of an engrossing encounter.

"Playing like that, Dundee would give any team in the world problems," he said.

"Any side could drop points against them. They treated tonight like a cup final and gave 200%, giving us no space to play in."

As the Dutchman said, Dundee were up for it from the word go and it was no real surprise when they took the lead in the 23rd minute with a fine goal.

Former Ranger Steven Boyack made space for himself on the right and swung in a tempting cross high into the middle of the visitors' penalty area. Anderson, at just 5 foot 8 inches tall, would have been nobody's idea of favourite to get there first.

With Lorenzo Amoruso out of position, though, that is just what he did to power a header past Stefan Klos.

"Long overdue," he said with a smile as he relived the effort.

"Playing at Tannadice in front of a big crowd gave us all a lift and I think it showed.

"I thought we deserved to win but the point should be enough to see us safe. Dunfermline are seven behind with only five games to play and they still have to meet us at Dens Park."

Anderson was far from the only hero in the Dundee side with keeper Robert Douglas having an excellent night. He produced a spectacular one-handed diving stop to deny Giovanni van Bronckhorst early on and continued with great blocks from Jorg Albertz and Jonatan Johannson.

His clean sheet lasted to the break. but only three minutes beyond, Rangers equaliser coming in the 48th minute via the simplest of scores.

Albertz's corner picked out the run of Tony Vidmar who had done well to lose his marker and the Australian matched Anderson's effort to bulge the net.

Dundee rallied and could easily have won it had James Grady, scorer of the wonder goal that clinched victory in the city derby at the venue back in November, not been so wasteful with the chances that came his way.

With the Rangers defence looking anything but secure he was presented with several good opportunites but kept failing to get a shot on target or, if he did, to trouble Klos.

One in particular, after a blunder by Rangers substitute Derek McInnes had put him one-on-one with the German goalkeeper, had Dark Blues fans shaking their heads in disbelief.

Still at least he wasn't alone. So ineffectual were the attempts of the Rangers front line that Colin Hendry was introduced as a stand-In striker.

That amused Dundee fans old old enough to remember the Scotland star struggling in the position when he played for the Dens club and there was more than one chuckle when he blasted wildly wide from the one scoring opportunity that came his way.

It summed up their night and must have made enjoyable viewing for Celtic fans tuning in to the satellite encounter hoping for a Rangers slip.

Advocaat however, believes he will yet have the last laugh.

"People speak about the gap at the top getting narrower but the important thing is that we are four points ahead of Celtic and not the other way about."

True, but there is the small matter of a trip to Celtic Park to come on May 2. There was only one booking on the night-Rangers debutant Claudio Reyna for a wild foul on Anderson.

Four weeks have elapsed since our last home game and it has been a very interesting period indeed.

It started off with that great result against Hearts. A win was vitally important and one which helped lift the confidence of the players after a relatively poor run of results.

That victory and the performance against Hearts did wonders for us. I

think I am safe in saying that it must be a long time since we have taken maximum points from the four meetings with one side in a single season.

Unfortunately, tidings weren't so good following our trip to Parkhead. Once again we let ourselves down in the East End of Glasgow by losing an early goal and showing no real belief in ourselves which is so necessary in these type of games.

You have to acknowledge that Celtic are a very good team. but in order to compete against them, you have to go there believing that you can get a result of some description. Perhaps, the previous drubbing we got there had something to do with our poor display.

Having said that we picked ourselves up with that tremendous result at Motherwell. Especially as only the week before, the Fir Park side thought they had got clear of the relegation zone with their emphatic win at Tannadice.

Unfortunately, we started the game badly, allowing them to score early on. However, on this occasion, we recovered to play some excellent football and score two fine goals.

That victory has given us every opportunity to achieve what has been our aim all season - staying in the SPL.

Whilst being delighted with our current position, we are not getting carried away because we know that a lot of hard work is still required in the six remaining games.

The way things are panning out, it does look that as long as we pick up a few more points, Premier League football will once more be on offer at Dens Park next season.

Your support at Fir Park was magnificent and was a major factor in helping us to victory. Therefore, you still have a part to play by more of the same in the vital final run in.

That begins tonight against Rangers at Tannadice.

First we have to congratulate the Ibrox Club on reaching the Scottish Cup final and concede that we haven't enjoyed a particularly good season against them in the three previous games, but hopefully, we can make amends for that this evening.