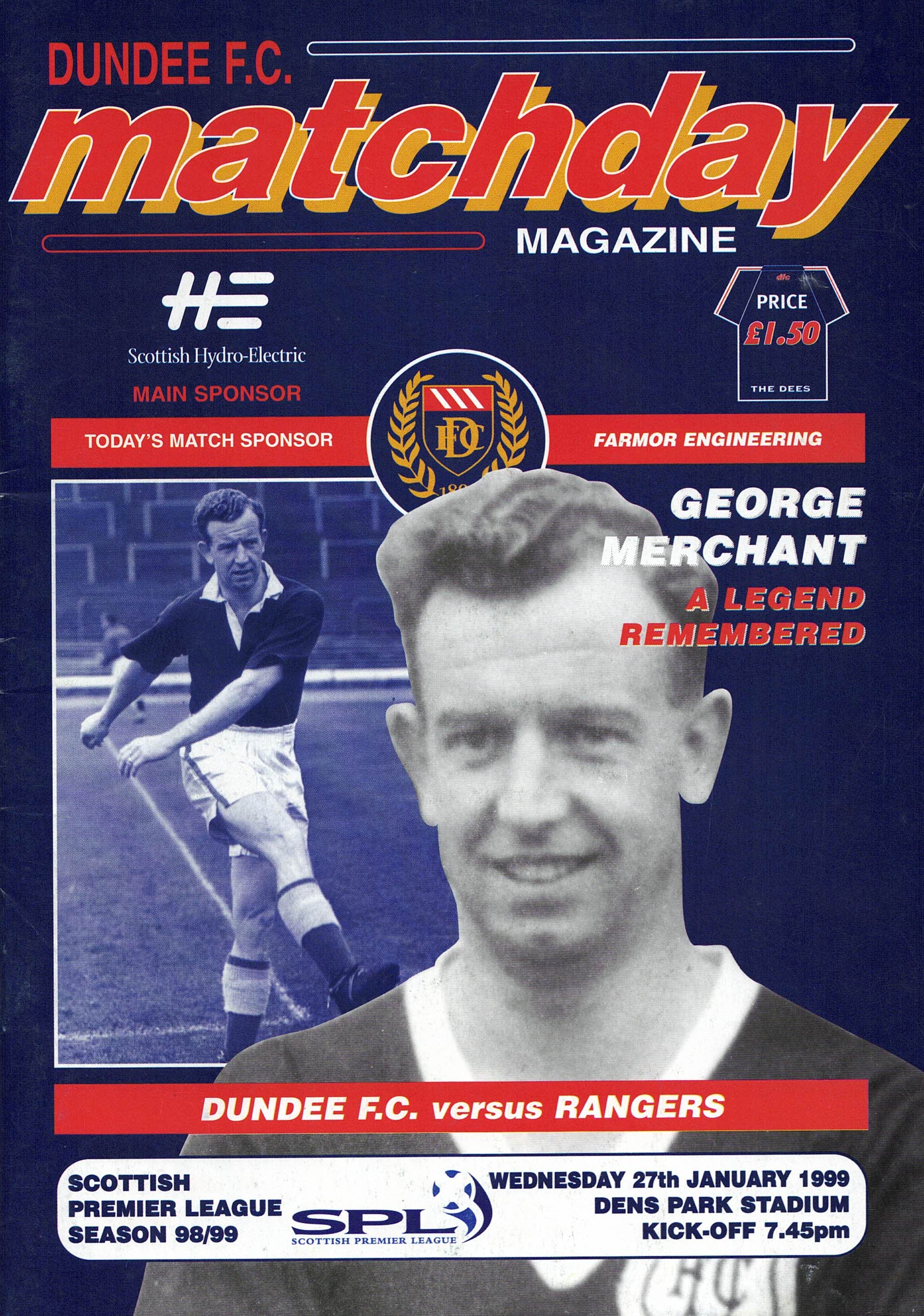 Dundee fans won't half be glad to see the back of January, a month which has already forced them to endure a 3-1 derby defeat and a Scottish Cup exit at the hands of Morton and last night adding a one-sided defeat from the title favourites.

In the build-up to the Dens match Dark Blues boss Jocky Scott had repeatedly stressed the need to keep it tight early on and not handicap them selves by giving the opposition a goal or, more usually, two goals of a start.

Like his stated intention to have a go at Rangers by fielding a 4-1-2 formation instead of a more conservative 3-5-2, it all made good enough sense... ahead of the action.

Once again, though, Dundee's players found Scott's Ideas easier to listen to than put into practice for on the night they surrendered their chances of picking up any points in the meekest of fashions.

By the 12th minute they were trailing 2-0 to goals from Charlie Miller, who skipped clean through the centre of the home defence in the seventh minute to capitalise on a fine ball from Rod Wallace, and Stephan Guivarc'h, equally happy to tap in from close range from Neil McCann's unselfish cross.

If it was not all over by then It was by half-time, Miller having fooled the Dundee defence with an elaborate dummy in the box before slotting home. his second in the 42nd minute.

The wounds were severe and all the more painful for being self-inflicted.

For Rangers opener, the centre of the home defence allowed Miller both acres of room to run into and time to pick his spot.

Anderson was the man at fault for the second, his lackadalsical marking of former teammate McCann allowing the German Jorg Albertz to send him clear in the most dangerous of positions.

Number three was more a combined effort, Andrei Kanchelskis being allowed to run across the Dundee back line before teeing up Miller.

Astonishing misses from first Guivarc'h then Kanchelskis kept the score down for a while, with the latter particularly wasteful.

Indeed, If Eddie Annand and Willle Falconer had converted glaring opportunities of their own, the final result could almost have been re-spectable.

Sub Jonatan Johannson had other ideas, however. Introduced for Guivarc'h just after the hour, he took just 13 minutes to lash home the visitors' fourth.

Once again Albertz was the architect, threading a fine pass through to the Finn, who confidently beat Robert Douglas.

The latter stages saw Rangers ease off, with a speculative 18-yard volley by Rod Wallace reminiscent of some thing he might have tried on the training ground.

"That has been the way of things for us recently and so it was again. Yes, Rangers' finishing was very high quality but from our point of view they were bad ones to lose.

"We were always chasing and against a side filled with top quality players such as Rangers, that makes it almost impossible for you to take anything from the match.

"I suppose the only positive. thing I can take from the match is that at least we man aged to create a couple of chances.

"If we can do that against the best team in Scotland we should be able to carry on doing it against the rest."

There was bad news, though, for Saturday's trip to Kilmarnock, with Brian Irvine (badly swollen ankle as a result of a burst blood vessel) and Anderson (thigh strain) already looking doubtful. The Dens faithful did at least get to see loan performer Gavin Strachan in action.

Light Blues manager Dick Advocaat, by contrast, could not have been happier.

He said, "We controlled the game and created many opportunities to score." His pleasure was shared by Miller, who revealed that the brace was his first ever for the club.

It was back to business last weekend for the Premier League clubs after the winter break. We took on Morton in the Tennents Scottish Cup and as results at Cappielow and elsewhere would indicate, the brief break did SPL members no favours in their preparation for their ties against lower league opposition.

Unfortunately, we found ourselves one of the victims, but I refuse to use the break as an excuse for our defeat. We had plenty of the game and created a clutch of chances and did sufficient to, at the very worst, earn a replay. But yet again, we proceeded to shoot ourselves in the foot by allowing the opposition to take a two goal lead and that is something you can't afford against anyone, no matter which league they play in!

Consequently, we were very disappointed to come away from Cappielow with our cup commitments for this season at an end. It does, however, leave us knowing exactly what is ahead for us for the remainder of the season amassing enough points to ensure SPL survival.

Ironically, immediately prior to the break, we had been playing very well, but results had been indifferent. True, we had a great result at Tynecastle, but we had more than enough chances to have won the game by more than a single goal.

Then against Dundee United in our last home game after going two goals behind we pulled one back to then enjoy a long period of pressure only to end up by being hit by the sucker-punch of a third goal on the break.

So starting tonight, we are back on the trail of points to ensure our safety with the visit of Rangers, a game which was postponed because the Ibrox side were busy tying up the first trophy of the season by beating St Johnstone in the Scottish League Cup Final.

In addition to annexing that cup, Dick Advocaat's side come to Dens Park heading the SPL table and having demonstrated in the first half of the season, that they are a very good side.

Obviously, it is a very difficult game for us, but we must head into it with the right attitude and that means having the self belief that we can win the game.