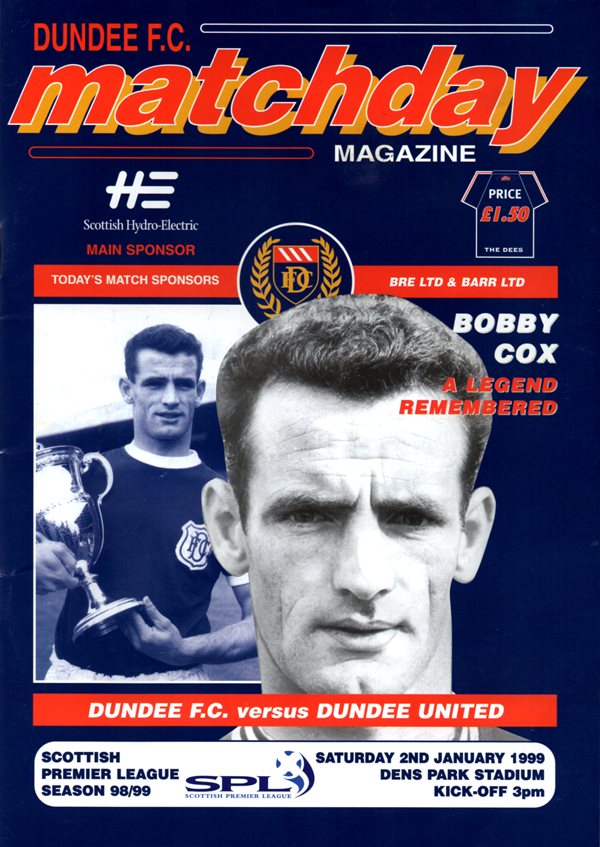 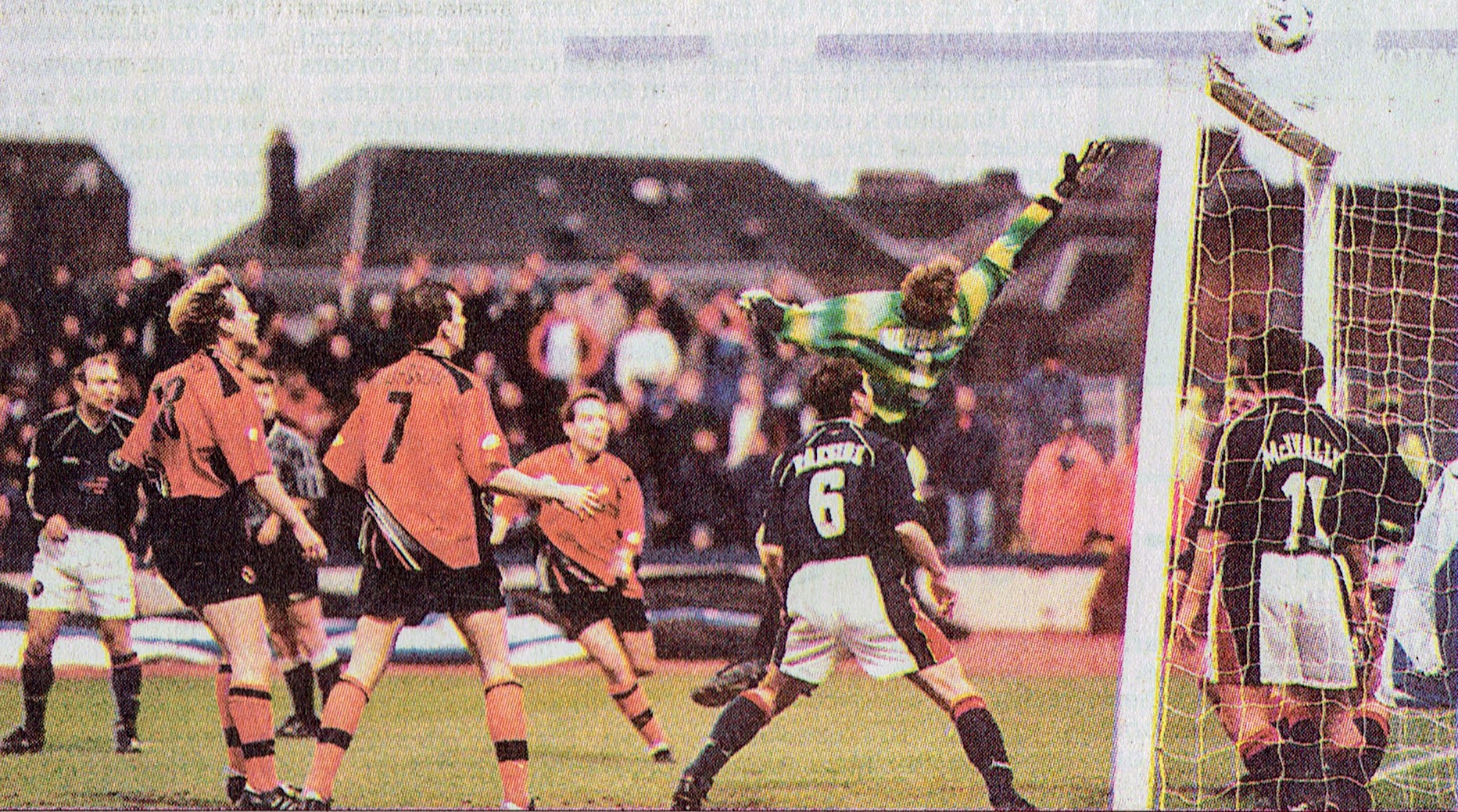 11,800 Dundonians were treated to an enthralling New Year derby without one single Dundee-born player listed on either team-sheet.

I've seen more of these encounters than I care to remember, but it's difficult to remember a better one.

Even the bitterly-disappointed Dundee fans left Dens full of hope for the future. The scoreline doesn't reflect their side's lengthy spells of superiority in a game they didn't deserve to lose.

When it came to putting the ball in the net, United gave the home side a lesson. They were ruthless on the break, and their direct approach certainly paid dividends. Yet, even after going 2-0 down in just 16 minutes, Dundee refused to accept this game was a lost cause.

Just when it appeared their all-out aggression must provide an equaliser, United broke away to clinch the points with 20 minutes remaining.

Frenchman Bernard Pascual broke down the right and, when his cross was weakly headed out by Raeside, Kjell Olofsson measured his 18-yard shot well beyond Douglas.

This cruel break knocked the stuffing out of Dundee, and United ran out comfortable winners in the end.

The visitors went ahead with a goal in a million from Billy Dodds. Pascual cleverly intercepted an Annand pass and released Olofsson on the left. Although Irvine blocked Dodds' first attempt from the Swede's cross, the ever-alert striker spun on to the rebound and hooked it high into the top corner from a seemingly impossible angle.

Before Dundee could regroup, United struck again. The referee penalised Raeside for a debatable challenge on Dodds, and, from Pascual's free-kick, Steven Thompson wrong footed Douglas from Dodds' lay-off aided by a deflection.

Dundee refused to accept the inevitable and, for the next 50 minutes, tested United to the extreme. All they had to show in the end was a goal from Shaun McSkimming.

Adamczuk won the ball in midfield and played in Smith down the right. Annand's shot squirmed between Dykstra's legs, and McSkimming forced the ball in at the near post.

Grady, Adamczuk and Irvine all missed good chances before De Vos headed a McInally free-kick against his own crossbar.

And, as so often happens in games like this, United broke away to kill off the home side. The game illustrated there's not that much wrong with Scottish football when both sides adopt the correct attitude.

It really was tremendous value for both sets of fans. The game was played at a frantic pace, yet lacked no little skill.

But with Pascual, Easton and Dodds in outstanding form, United proved too street wise for Dundee in the end.

Unfortunately, my New Year resolution was broken after just 14 minutes when referee Dougal made the first of many bizarre decisions. Quite frankly, he had a shocker.

He booked Adamczuk for a barge on Mols, Tweed and Irvine for fouls on Dodds and De Vos for bringing down Annand.

Man of the Match - BERNARD PASCUAL. The Frenchman was outstanding in defence and involved in all three goals. What more can a manager ask for?

Firstly, can I start by wishing everyone a very Happy and Prosperous 1999.

The last twelve months have seen the Club make great progress and we can be more than happy with our efforts, but these will have to be repeated over the coming months to make the new year one in which we preserve our SPL status.

Since August, we have learned just how hard points gathering can be. To their great credit, the players have responded magnificently.

They have worked very hard and stuck to their task even in games where we have been outplayed to such an extent that they have overcome some teams to go on and snatch victory.

The way they have adapted and work for each other as well as the spirit about the dressing room has been first class.

Long may it continue.

And for our first foots of 1999, we couldn't have asked for better opposition than Dundee United as we stage the third derby match of the season.

Both previous derbies have been great adverts for the game, demonstrating how important it is for both sides to remain in the Premier League, not just for the clubs, but also for the city.

Supporters eagerly await them and on the basis of the two games so far this season, they have been great spectacles of contrasting styles.

From our stance, the results have been highly acceptable.

Two down to United and looking dead and buried in the first meeting at Dens, we came back to snatch a point. Another instance of the players displaying the attitude and commitment which I alluded to earlier.

In addition to those battling qualities, we also played some good football in a fast and furious match at Tannadice, culminating in a magnificent winning goal from James Grady.

Hopefully, this afternoon's game will produce the same level of excitement before we head into the three week winter break.