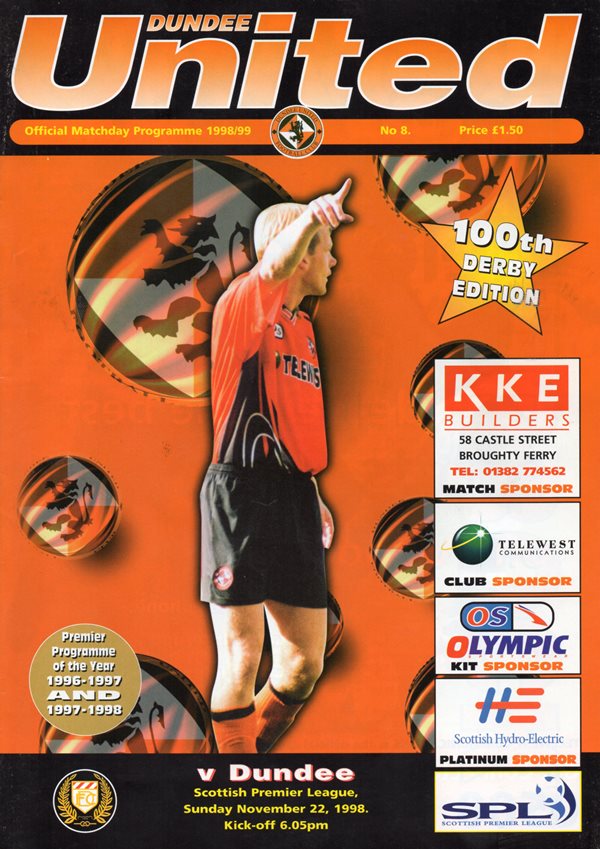 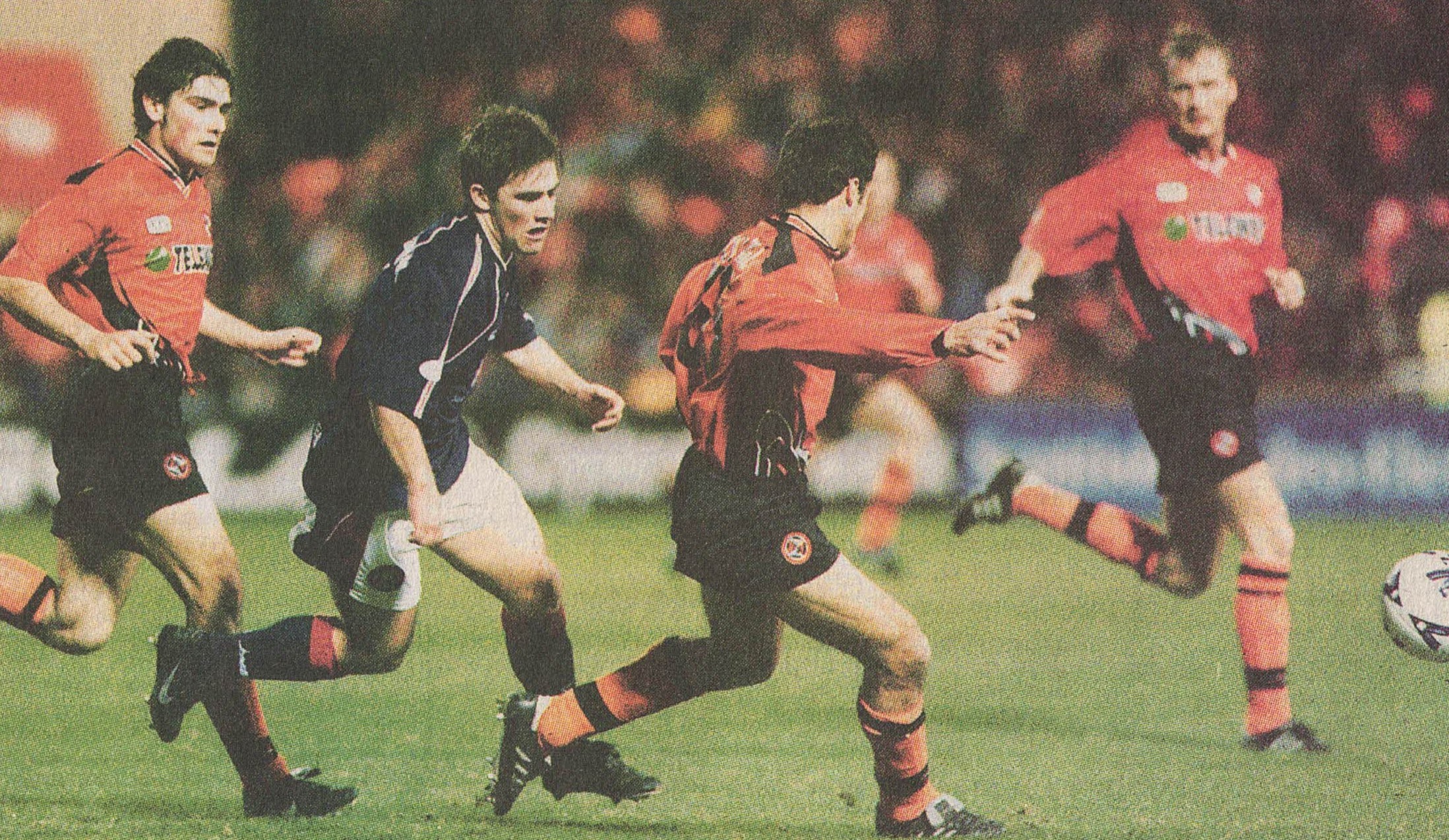 A quite sensational strike from James Grady earned Dundee victory in the 100th league derby at Tannadice last night.

Brought on as a 62nd-minute substitute for the tiring Tommy Coyne, Grady flashed an unstoppable 20-yard right foot shot past United debut keeper Alan Combe-in for the axed Sieb Dykstra-eight minutes from time.

It was his first-ever goal in the Premier League and all the more remarkable for the fact he hadn't played since september 19th because of a foot injury.

"A good mis-hit," said Grady, with tongue firmly in cheek.

"The ball fell perfectly for me, I got a decent contact on it and watched as it went on and hit the net.

"To score a winner like that in a derby is a tremendous feeling and I am pleased for all the lads who worked so hard."

There was controversy, however, with TV cameras showing that Billy Dodds' disallowed goal for United in the third minute was in fact not offside but marginally onside and should have stood.

In addition an ugly incident occurred at the final whistle with a fan running onto the pitch from the East Stand, which houses part of the Tangerines support, to attempt to assault Dark Blues keeper Robert Douglas.

Douglas, though, had been in superb form all night and he showed fine handling skills, grabbing hold of his would-be assailant by one arm and pinning him to the ground until stewards were able to lead him away.

Admirably, too, he didn't allow it to spoil his enjoy of the triumph and smiled happily on hearing Grady's assertion that watching Scotland coach Craig Brown should promote him to first choice keeper for his country.

"It is flattering to hear that sort of talk but I just have to concentrate on doing my job for Dundee and helping us get up the table."

"That was a tremendous result for us for it has put us five points clear of United, Dunfermline and Aberdeen (both of whom lost on Saturday). They had us on the back foot for a while at the start of the game but the lads have once again shown great character to hang in and give ourselves the chance of the victory.

"It is pleasing for I know how much derby wins mean to the fans. Our supporters will all be going to their work tomorrow with a broad smile upon their faces."

The reverse, of course, applies to members of the Arab Army, who have only the striking potential of Dodds and Alex Mathie plus the knowledge that the 4-4-2 formation beloved of their manager Paul Sturrock is at last in place, to console them through the stick they will undoubtedly take from friends and family with loyalty to the Dark Blues.

"Losing a derby match is a bitter pill to swallow but it was a strange one for there were things out there that I felt positive about," said Sturrock.

"We now have the system in place that I want for this club and will be sticking with it for better or worse from now on. It is going to be a difficult season for us but I do feel there is some light at the end of the tunnel.

"I suppose people could say it would have been different if Doddsie's goal had not been disallowed but I am not a soothsayer so I can't say for sure."

Sturrock praised Combe, whom he said looked very competent, but declined to comment on reports that Dykstra had stormed away from the ground on hearing the news he had been dropped.

Even if that wasn't the case. the Dutchman may struggle to regain his place for Combe impressed overall, a first-half save from a powerful Eddle Annand header was particularly good, and he can feel unfortunate to have been caught out by a shot that would have surely beaten any keeper.

Had Dodds had slightly longer legs he would have managed to beat him in the dying minutes, his late lunge couldn't quite carry him to Mathie's cross, but then that would have denied the clean sheet he deserves

"Robert has been magnificent for us all season and his form is one of the main reasons we have been able to pick up so many points," said Grady.

That and the odd wonder strike from his teammates.