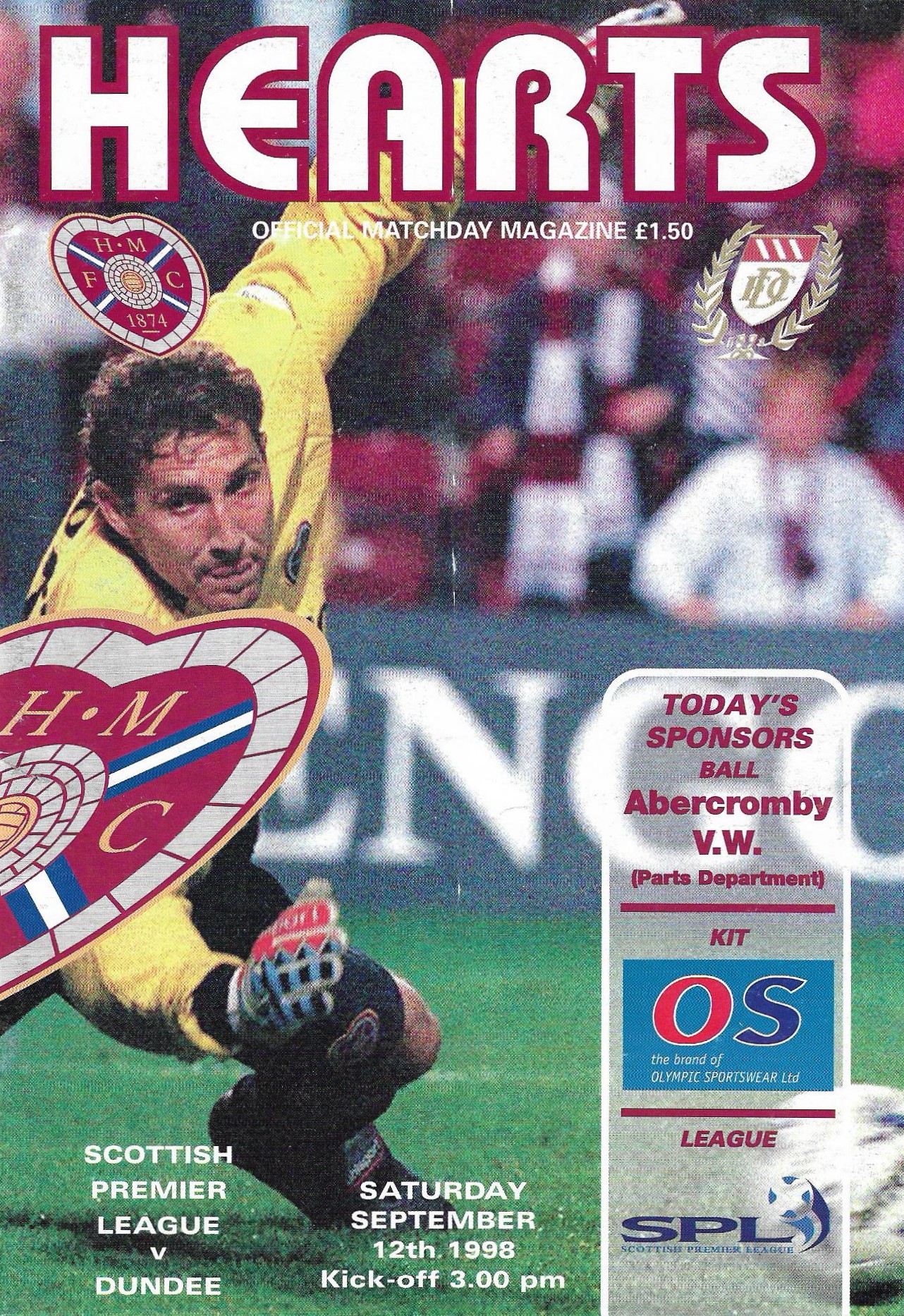 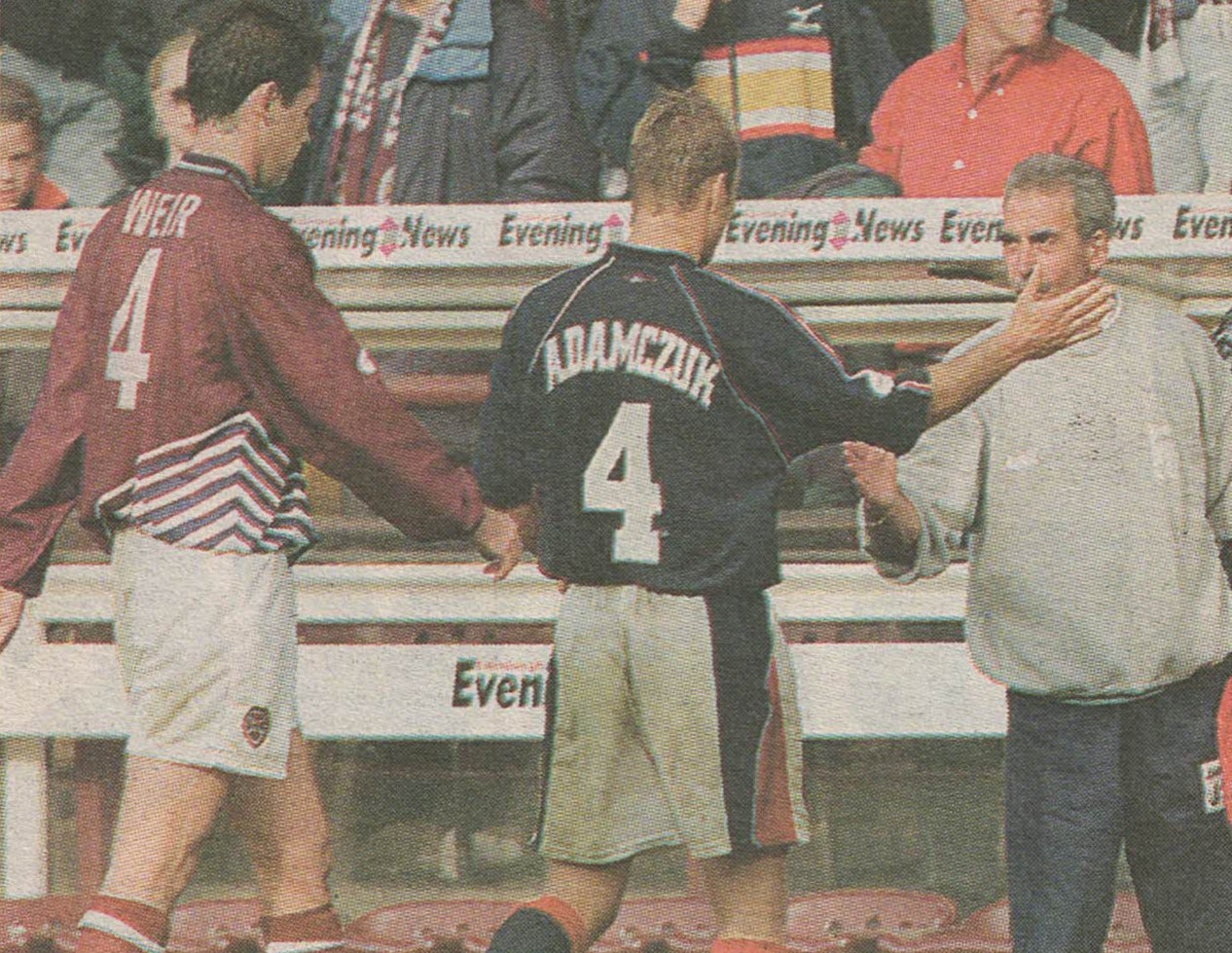 And, despite the fact that they had to work overtime between his two second- half goals, the Dens Park men fully deserved to break their duck.

Astonishingly, it was the first time for 11 years that Hearts had been beaten at home in the league from anyone other than the Old Firm.

Full-back Willie Miller was a Dundee hero as well. After he curbed the menace of Neil McCann, the home attack was severely curtailed.

And when Hearts turned the screw, goalkeeper Robert Douglas somehow managed to get himself between the ball and the net several times, even if his keeping is often eccentric.

It was Miller who stroked a perfect through ball forward for Adamczuk in 48 minutes, and the Polish star made good ground deep into the Hearts half.

Then, from 20 yards, he guided a right-foot shot with the outside of his boot which struck Gilles Rousset's left hand post and the ball hit the keeper's back on its way in.

Then, with seven minutes left, he lashed a Lee Maddison corner in from 14 yards, although his drive took a slight deflection on its way in.

There was little hint of the second-half drama in a dire first 45 minutes, although Douglas touched a Derek Holmes header over, and Gary Locke defended well to rob Willie Falconer in front of goal.

After Adamczuk's first goal, Stephane Adam drove in a cross from the right which was caught on the volley by McCann, but Douglas touched the ball round the post.

Then, 60 seconds later, a Jose Quitongo shot was stabbed goalward from four yards by Steven Pressley, but Douglas somehow caught the ball high up to his right.

But Dundee had survived their pressure and, with 17 minutes left, a close-in Brian Irvine header was blocked on the line by Rousset.

Finally, Adamczuk got his second goal to kill off a Hearts side which had Paul Ritchie as the only player holding his form.