However, while the result will raise an eyebrow or two throughout Scottish football, on balance of play it was no more than Alloa deserved.

Hero for the small band of fans who made the journey east was Gregor McKechnie, who spotted the ties only goal eight minutes before half-time.

Perhaps the only surprise of that first half was that it had taken so long for his side to take the lead.

From almost the first kick, Alloa looked the likelier team to break the deadlock and early on, veteran striker Willie Irvine had a couple of decent chances to get the opener.

The normally-deadly Irvine wasted them, but McKechnie made no mistake when he was sent clear down the right. Dundee keeper Robert Douglas closed him down, but the winger remained calm and coolly slotted the ball home with a low shot from the edge of the area.

That rattled Dundee and in the second half they laid siege to the Alloa goal.

However, the well-organised visitors held firm, though not without surviving a few close scrapes.

Dundee's most likely route appeared to be left-wing corners from Frenchman Eric Garcin.

All afternoon, his delivery caused the Alloa defence problems, but poor finishing, particularly by defender Brian Irvine, let the Second Division men off the hook time and time again

Right at the death, it seemed Dundee must score when a Falconer header was cleared off the line, but fell perfectly for Coyne.

From only a few yards, the veteran striker nodded the ball at goal, but, somehow, keeper Mark Cairns kept it out and a famous victory had been secured. 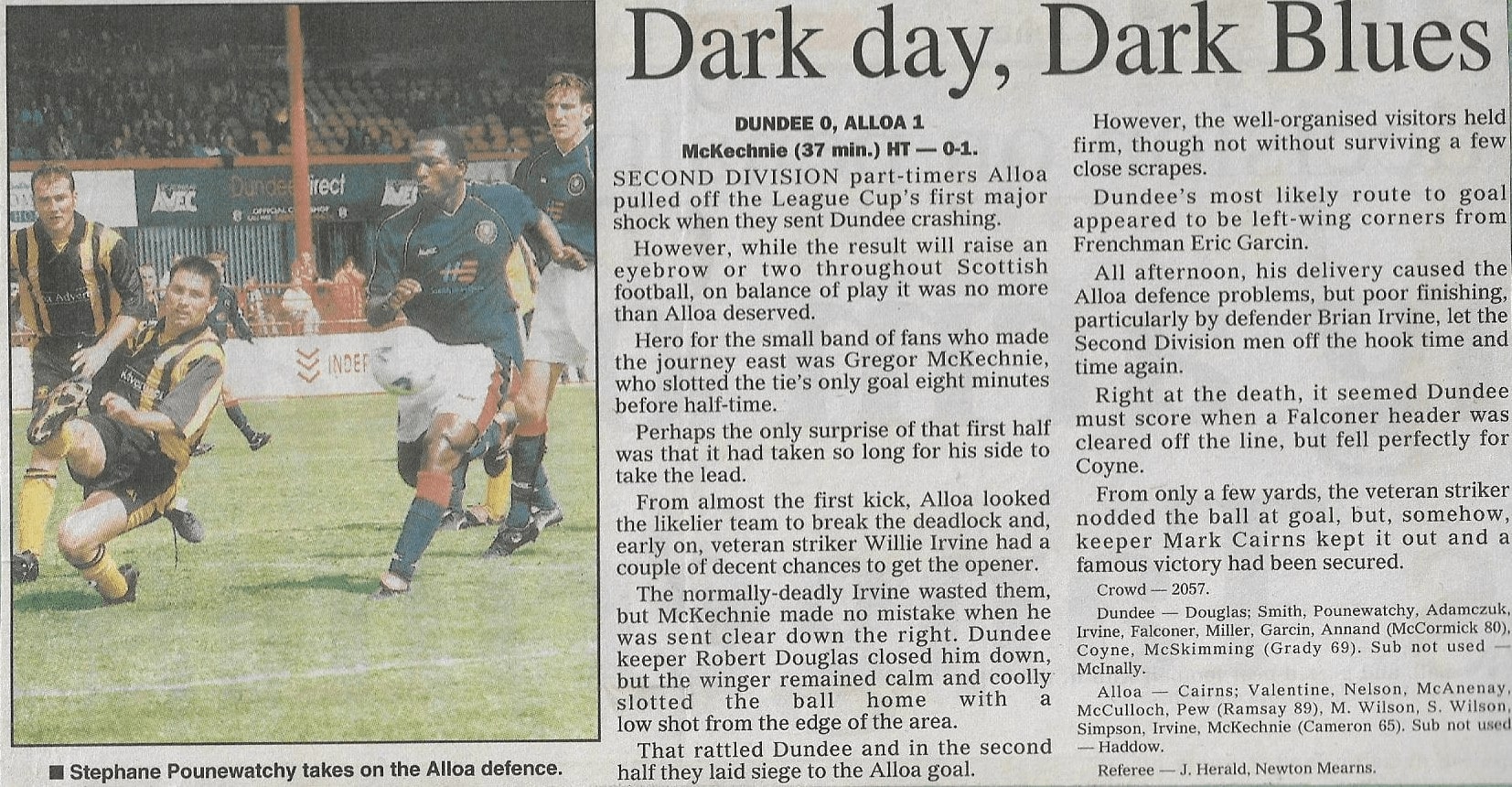