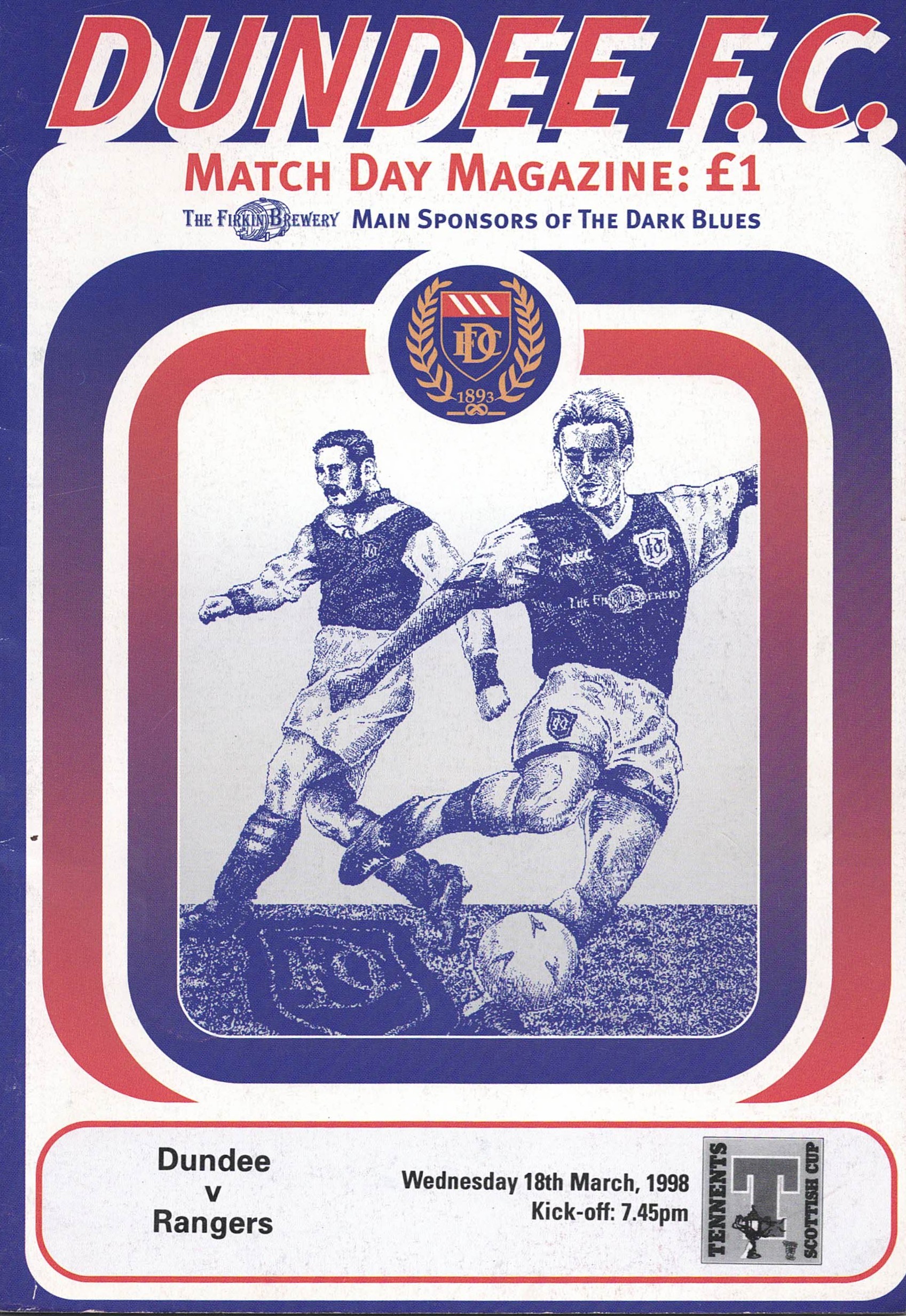 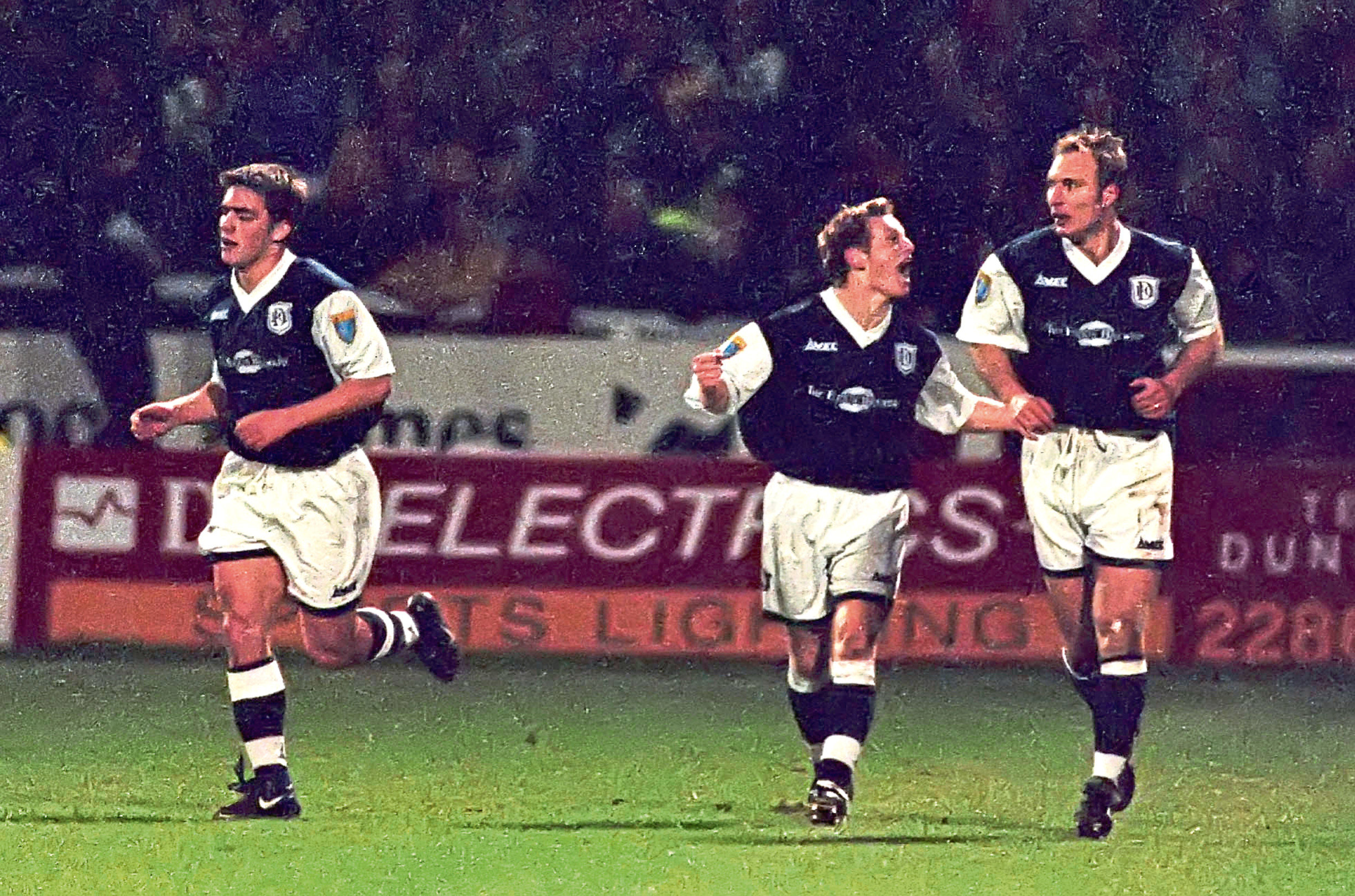 The 35-year-old struck with head and foot on each side of half-time to claw the far-from-convincing Premier League champions back Into a Tennents Scottish Cup quarter-final replay which had looked set to go the way of the underdogs.

It was Dundee who had opened the scoring through James Grady and, in truth, demonstrated at least as much hunger as their opponents to clinch the semi-final date with Celtic on Sunday, April 5.

"I have said many times before that, if you are needing a player to get you a goal, then Ally is your man, and he showed that tonight," said Rangers manager Walter Smith.

"His two got us through what was a tough cup-tie and we have to be pleased about that.

"Dundee kept us under pressure throughout much of the game but we picked up in the second half. Hopefully, we can now take that determination into the remainder of our league campaign."

Of similar mind was Dark Blues boss Jocky Scott, who stated, "I said to the players that, if they can carry that standard of performance into our remaining fixtures then we should be OK as far as the first division championship is concerned.

"The players did themselves proud over the two games and certainly gave Rangers a fright.

"If they can do it now I don't see why we can't compete with Premier League opposition week in, week out, next season.

"The lads are disappointed to have lost but they can certainly hold their heads up high. I would also like to praise the fans who made it a fantastic atmosphere. It was great to see that back at Dens Park again and, hopefully, there will be more to come in the near future."

Scott revealed that Grady had sustained an ankle injury, which had led to his substitution just before the break, and said he felt that had been an important factor in the match.

Scorer Grady is now a doubt for Saturday's trip to Cliftonhill, where Hamilton Accies will provide slightly more humble opposition.

Scott had called for Dundee to be bold in their approach from the off and they took him at his word, storming into an 11th-minute lead.

Grady was the man who beat Andy Goram, but it was Steve McCormick they really had to thank for the breakthrough.

McCormick it was who was prepared to chase what looked a hopeless cause when Richard Gough directed a header back to his keeper, and he got his reward when it dropped woefully short.

His toe-poke beat Goram, and though Gough was able to recover to collect the ball before it went over the goal-line, his troubles were far from over with his clearance falling straight to Darren Magee on the edge of the penalty area.

Magee quickly fired a shot in on goal, or to be more precise in on McCormick-by now lying flat out on his front-who unwittingly teed the ball up for his strike partner Grady, who curled a shot into the corner of the net from eight yards out.

Rangers' response was swift, their equaliser taking just seven minutes to arrive via the head of McCoist.

The Ibrox favourite had hardly touched the ball but was sharp enough to nip in front of Robbie Raeside when Dough, making amends for his earlier lbunder, nodded Tony Vidmar's throw in from the right across the face of the Dundee goal

He was outside the six-yard box but got power in his effort and keeper Robert Douglas could do nothing to stop it going in at the back post.

The home side suffered another blow just before the interval when Grady took a knock on his ankle, his place being taken after the break by Eddie Annand.

He, too, looked absolutely up for it, taking on the visiting defence as soon as the opportunity presented itself.

However, just as it appeared that Dundee were starting to reassert themselves they fell behind, once again from a set-piece.

The award for a foul some 25 yards out looked soft, Negri tumbling at the feet of Brian Irvine as the former Scotland defender protested his innocence.

Rangers took full advantage. Ian Durrant, standing over the ball, rolled it a foot across to Stuart McCall and, when he killed it, the inrushing McCoist blasted a low shot past both the defensive wall and Douglas.

Dundee were undaunted by the setback and continued to maintain both their composure at the back and their determination to push forward. whenever possible.

The air seemed to be their favoured route, with cross after cross flung high into their opponents' box to test the nerves of Gough, Petric and company.

McCall nearly put Rangers further ahead in the dying minutes when he almost caught Douglas with a well flighted chip which drifted narrowly wide.

It was just as well, because a 3-1 scoreline would not have been a fair reflection on what had gone before.

Rangers defenders Cleland (foul on Anderson) and Petric (foul on mick) were both hooked, as were Jim Mclnally and Rino Gattuso for squaring up over the taking of a late free kick.

Tonight's replay with Rangers will bring us our biggest crowd of the season and present us with the kind of challenge that we hope to be encountering every week next season.

It was a good disciplined performance at Ibrox which brought Rangers back to Dens Park for a replay. However, we didn't pose Andy Goram too many problems last week and that must be different this evening, if we hope to advance to the semi-finals. To do this we must be a great deal more positive, but at the same time ensure that we maintain the same level of discipline that we showed at Ibrox.

Nobody here thinks that this will be an easy match. Some may point to Rangers poor result at Motherwell on Saturday, but that will only strengthen their resolve to do well in the cup. Certainly, I haven't read too much into that result, particularly as I know from experience that Rangers are at their most dangerous after a set-back.

Rangers will still be favourites for this tie. They are a good side containing some highly talented individuals and we will have to work very hard, just as we did in the first match and do our very best to be in with a chance of success.

Having said that, all the pressure, for once, is on the opposition and not on us as has been the case in our league games.

So the message to the players is very much-BE POSITIVE!

I know I thanked the fans in last Saturday's programme for their superb support at Ibrox, but I would like to re-iterate that again this evening and at the same time request similar backing from the even greater number of Dundee fans who'll be here this evening. You saw how the players responded at Ibrox and, hopefully, given that backing, the players can go even one stage further this evening.