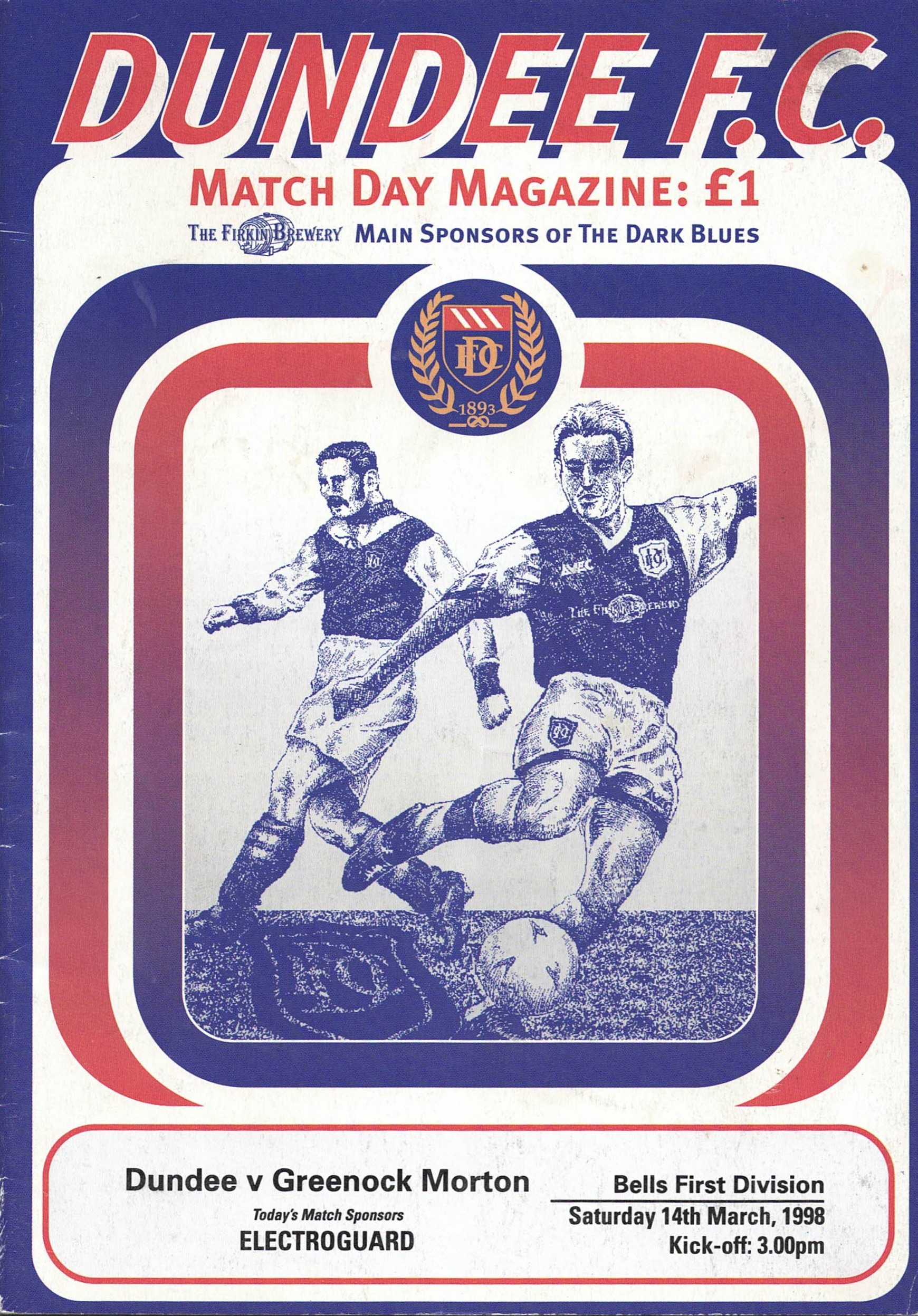 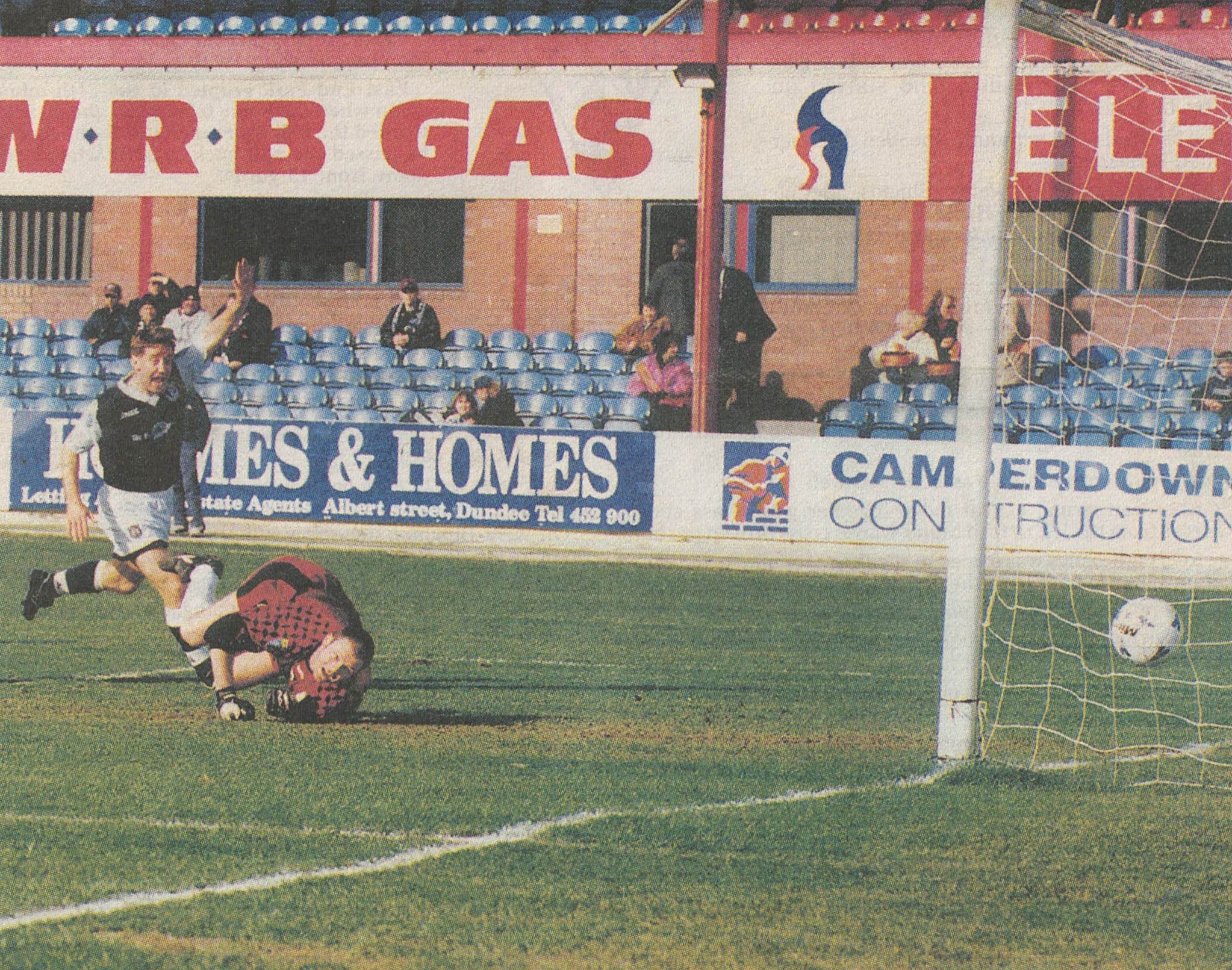 Dundee took another big step towards the Premier Division with a comfortable victory over Morton at Dens Park.

Billy Stark's team travelled to the east coast on the back of a six-game unbeaten run in the league, but first-half errors from goalkeeper John Hillcoat saw them go down rather cheaply.

Not that Dundee, themselves unbeaten in 12 games, were complaining and they rightly felt they were worthy winners.

Hillcoat's first howler came in only the 12th minute when he allowed a low shot from winger Anderson to bobble past him.

Then, in the 41st minute, he was even more red-faced when a speculative shot from all of 40 yards by Dariusz Adamczuk beat him at the same post.

In between those two mistakes, the keeper had picked up a pass-back which resulted in Irvine heading off the bar from Anderson's driven ball.

Ironically, after the break, the chief sinner became the visitors' hero with a string of excellent saves.

First he came from his line to dive at the feet of Adamczuk and deny him a second goal, and, a minute later, he made a miraculous save with his feet from a close-range Grady shot.

Morton did have their fair share of pressure. Duffield hit the post with a header and the same player, along with Twaddle, squandered good shooting opportunities.

This, however, was Dundee's day and, with closest rivals Falkirk slipping up, they now have a double-figure lead at the top of the First Division. With just eight games remaining, it's hard to see how anyone can catch them.

After all the excitement and drama of Monday night at Ibrox, it is back to the very important bread and butter of the league this afternoon.

Our last league outing against St Mirren came at the end of a hard week. Whilst we played some good football in the opening half against St Mirren, we failed to add to Jim Grady's early strike. In the second half, I felt the effect of three hard games in eight days took its toll.

Most importantly though, we got the result that we needed to maintain the gap between us and the chasing pack.

Last Monday, we had a break from the grind of the league when we met Rangers at Ibrox. The big crowd. produced a terrific atmosphere and I am pleased to say that we gave a good account of ourselves.

We battled very hard and there is no doubt that the players thrived on the occasion and took a lot of confidence from the tie.

I hope that performance will set the standard for the rest of the season because that is what we require as we enter the final quarter of the league programme.

I can't leave the subject of Monday's cup tie without paying tribute to the fans. You were absolutely magnificent and it would be great if we could get that level of vocal support every week, because the players responded and really appreciated the backing as demonstrated by the way in which i they went to our supporters at the end of the game.

It also shows the big part the fans have to play in our promotion push and I would just ask for more of the same in all of our remaining games and not just next week's replay against Rangers. Today we face Morton. From the reports I have had on them, they are well organised, experienced side who play good football and we will have to be at our best to get the result we need to further r championship aspirations.