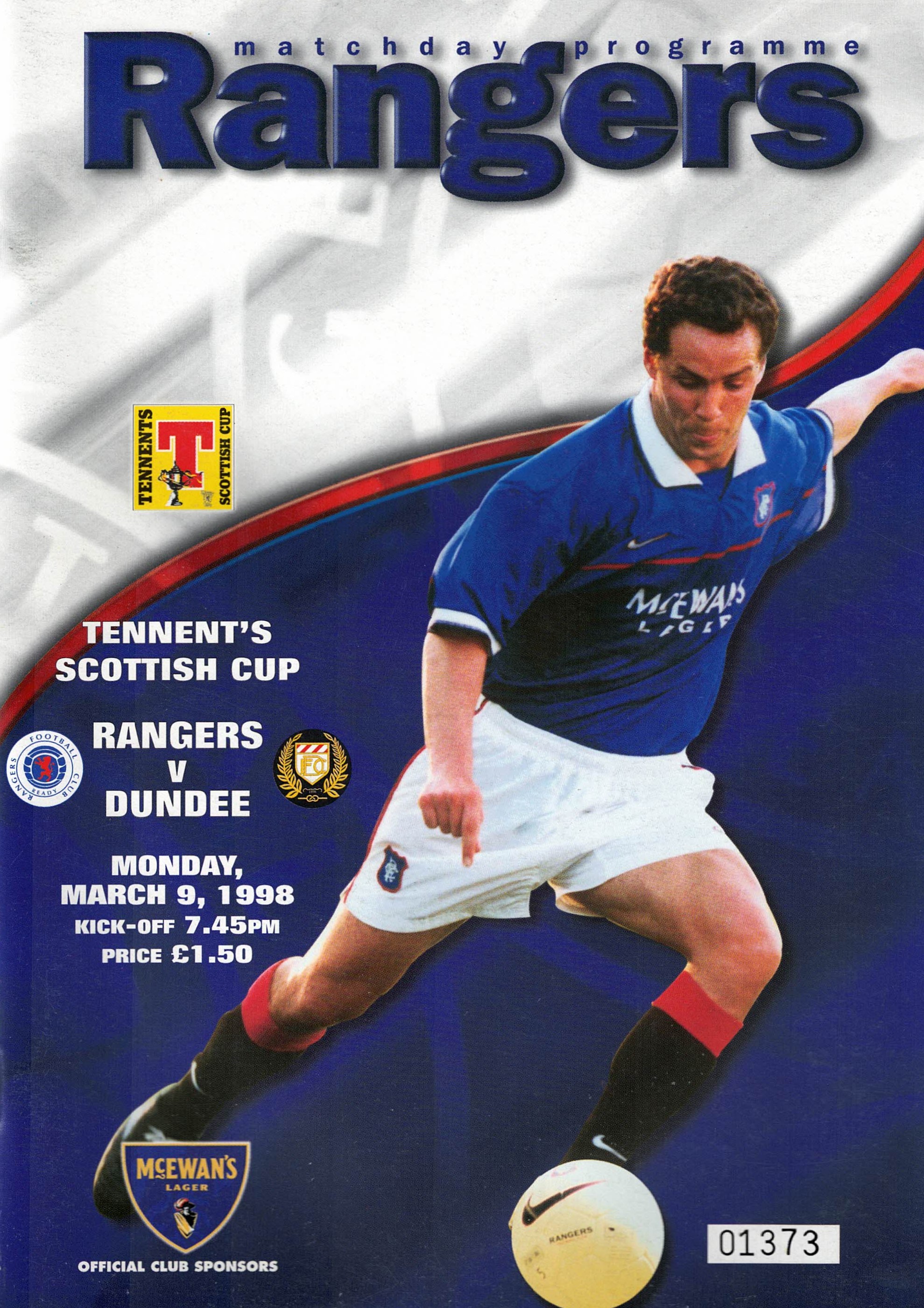 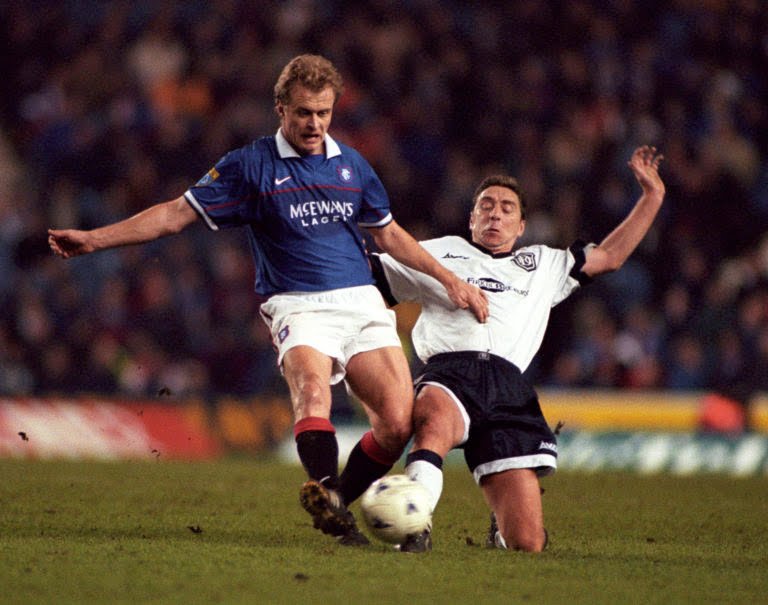 Dundee defied the bookmakers and Rangers to secure a place along side Celtic, Hearts, Falkirk and thebLight Blues in tonight's TennentsbScottish Cup semi-final draw.

The bookies had the first division. leaders as 8-1 outsiders to beat Rangers with 7-2 the draw.

But, thanks to a mixture of tremendous defence, great goalkeeping, a degree of luck and a rather lacklustre performance from their Premier League opponents the Dark Blues held on at Ibrox last night to force a replay at Dens Park a week today and ensure they have an interest in the ballot for the semis-being made live on Reporting Scotland at around 6.45 this evening.

Big Brian Irvine was named sponsors man of the match but Dundee were equally well served by the outstanding Barry Smith, Robert Douglas, Dariusz Adamczuk, Lee Maddison and in the second-half Jim Mclnally.

And in performance terms their 2700-strong support wasn't far behind the players providing an almost non stop backing of the kind that could not fail to inspire.

Dens boss Jocky Scott, under whose charge the Dark Blues remain unbeaten, hailed the display of his side who've still suffered just one away defeat all season.

"I thought we showed a great appetite to play and that our handling of the game was brilliant," he said.

"We carried a little bit of luck at times but you cannot come to places like this and get a result without enjoying some good fortune.

Central defensive lynchpin Irvine admitted, "This was a big step up for us from the First Division but we followed our game plan successfully. We'll look to do the same back at Dens, although we'll add a goal to our performance in the replay to win it."

Keeper Douglas smiled, "That wasn't a bad day at the office and I thoroughly enjoyed it."

The visiting support had a close-up view of virtually all the first period action for with Dundee managing to force just one corner and troubling Andy Goram only once-when he had to fist away a Maddison free-kick play was very much concentrated in the Dark Blues' half.

Rangers could have been two up inside the opening five minutes as Marco Negri survived a shirt tugging from Robbie Raeside to get on the end of a cross-field pass from Jorg Albertz only to see his shot beat Douglas but come back off the underside of the bar and Jonatan Johnasson picked up a Sergio Porrini through ball but failed to trouble Douglas with his effort.

Rangers, for all their territorial superiority, were non too impressive, though, and the longer the half went on the more their supporters were letting them know that.

Douglas, though, continued to be occupied. With 25 minutes gone he was almost caught out by an Albertz thunderbolt which took a marked deflection off Raeside but the keeper managed to get his body behind the ball and Smith was on hand to clear.

Two minutes later the home side claimed loudly for a penalty when Raeside appeared to impede Negri as the 35-goal marksman sought to capitalise on a Smith miskick but referee Jim McCluskey waved play on.

And skipper Smith was to atone for that slip with a wonderful last ditch tackle which took a Thern through ball off the toes of Negri.

Rangers had been forced break after Porrini failed to shake off the affects of a crunching Dariusz Adamczuk challenge which earned the Pole a booking.

But, while Raeside gave the Dundee support something to cheer early in the second-half when he chipped the ball up and volleyed narrowly wide from 25 yards, Rangers continued to press.

With 59 minutes gone the Light Blues were presented with a gift wrapped sitter after Smith gave away possession to Albertz on the left.

But Johnasson had the home fans positively screaming with rage when he headed the German's cross over the bar with Douglas stranded.

And Walter Smith's decision to send on front man Sebastian Rozental for Thern, crocked in a tackle with Dundee's surprise midfield inclusion Darren Magee, was warmly received by the Rangers support.

Dens chief Scott, seeing the tie was there for the winning, sent on Iain Anderson in a bid to pep up his attack but Dundee-although they enjoyed their best spell of the match during stoppage time-mostly had to hang on in the latter stages of the regulation 90 minutes when Douglas came into his own.

Negri got away from Irvine to reach a Rozental pass only to be denied by a wonderful save from Douglas, who blocked a close range drive from the Italian.

With two minutes remaining the big keeper, having been able to push out a Stuart McCall cross only as far as Rozental, got down brilliantly to stop a netbound header from the Chilean.

Rangers manager Walter Smith revealed that Porrini (hamstring spasm) is doubtful for the weekend and that Thern could be out for up to three weeks after sustaining ankle ligament damage.