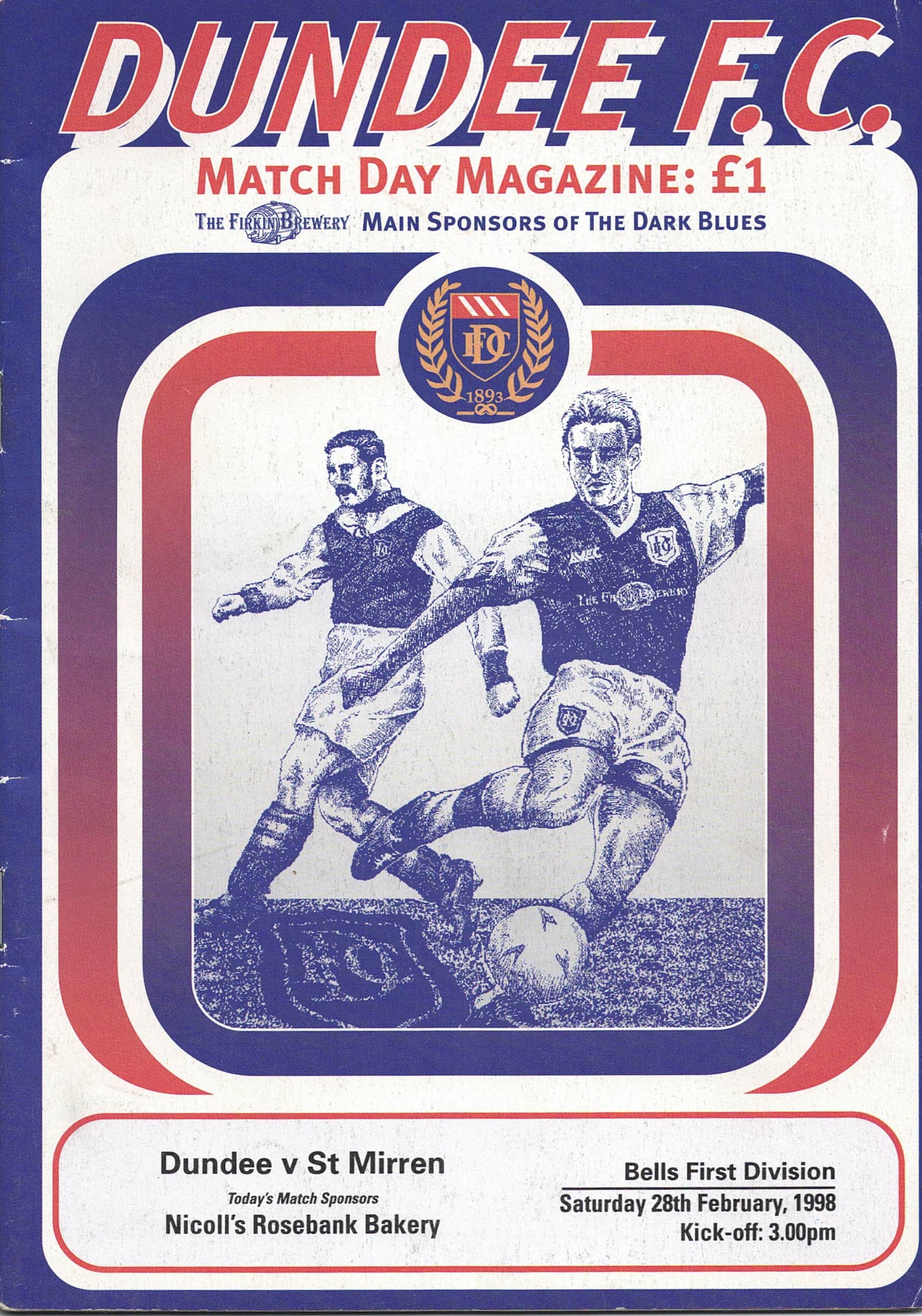 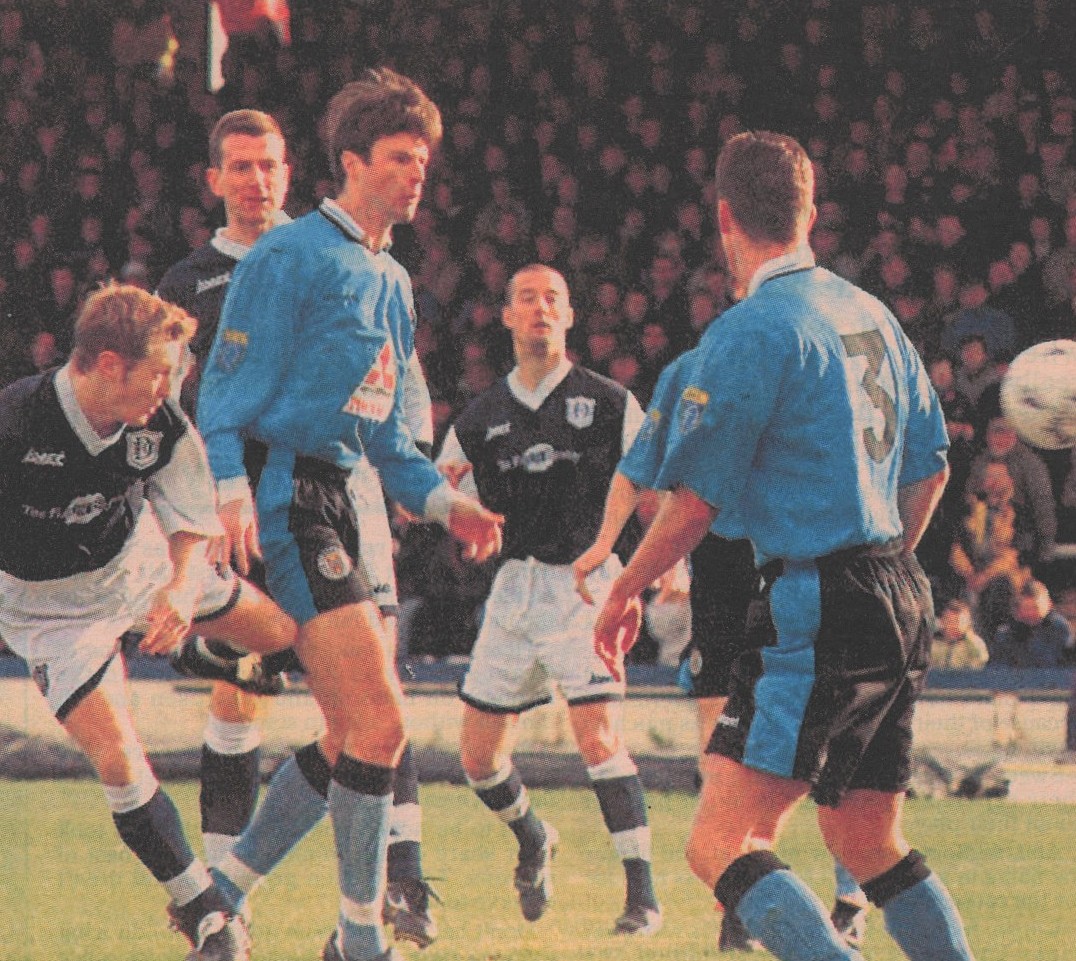 It took Dundee just 60 seconds to secure victory against St Mirren and stretch their lead at the top of the league.

In all honesty, after James Grady's quick-fire winner, there was little for the home fans to shout about.

Although Dundee wasted no time taking the lead, they could have easily been behind.

St Mirren kicked off and worked the ball up to young Steven McGarry, who found himself in a good position, and it took a fine save from Robert Douglas to keep his shot out.

That scare over, the Dark Blues went up the park and won a free-kick when John Robertson was fouled.

On-loan Robbo took the kick himself, and little Grady headed home from 10 yards, via a wicked deflection which left Combe stranded.

It was a nightmare start for the Paisley keeper, who lost a bad goal and was sent off when his side crashed out of the Scottish Cup at the same ground in January.

Luckily for Combe, there was to be no repeat yesterday, and like his opposite number Douglas, he was a spectator for long spells.

In fact, neither had another save to make until the second half.

Combe did well to deny Dundee on the hour-mark.

Substitute Iain Anderson started a fine move inside his own half and, after Jim Mclnally, Dariusz Adamczuk and Grady joined in, the ball was played back to Anderson.

However, Combe somehow managed to block the winger's shot from only six yards out.

St Mirren did as much pressing as their hosts, but never looked like finding a way through the well-drilled home defence.

The opportunity to do so could have. come from the penalty spot, but, though it seemed Iwelumo had been fouled by Smith. the referee waved the appeals away.

Saints, who had defender Dave Winnie sent off for two bookable offences inside the last 10 minutes, mounted a late rally. and they came close to grabbing an equaliser.

Taylor fired in a shot, but Douglas pulled off a fine save.

This afternoon we welcome St Mirren, coming off the back of two very important wins over Airdrie and Partick Thistle.

In their own ways the last two games have presented different problems to be overcome.

Airdrie are always doughty competitors. Their experience, and the way they play, mean they are always difficult opponents. But we matched their effort to compete very well and looked the side that wanted to win just that little bit more, which we did thanks to Steve McCormick's excellent strike.

On Wednesday at Firhill, circumstances were very different as we faced a side fighting against the drop. After we got off to a great start with Eddie Annand's early goal. Thistle battled their way back into the game to equalise. But at the end of a hard contest, a second goal from Eddie Annand earned us the badly needed victory.

After these two wins, we can go into today's clash with St Mirren full of confidence, but that does not mean that anything less than 100% concentration will be needed.

Because everyone is out to topple us, we can't afford to relax for at minute, but if we can continue in a winning vein, what the teams below us do becomes an irrelevancy.

Finally, I'd like you all to welcome John Robertson, who joined us on loan from Hearts before the game at Firhill, to Dens Park. His experience will hopefully help our other strikers and could be vital at this important stage of the season.