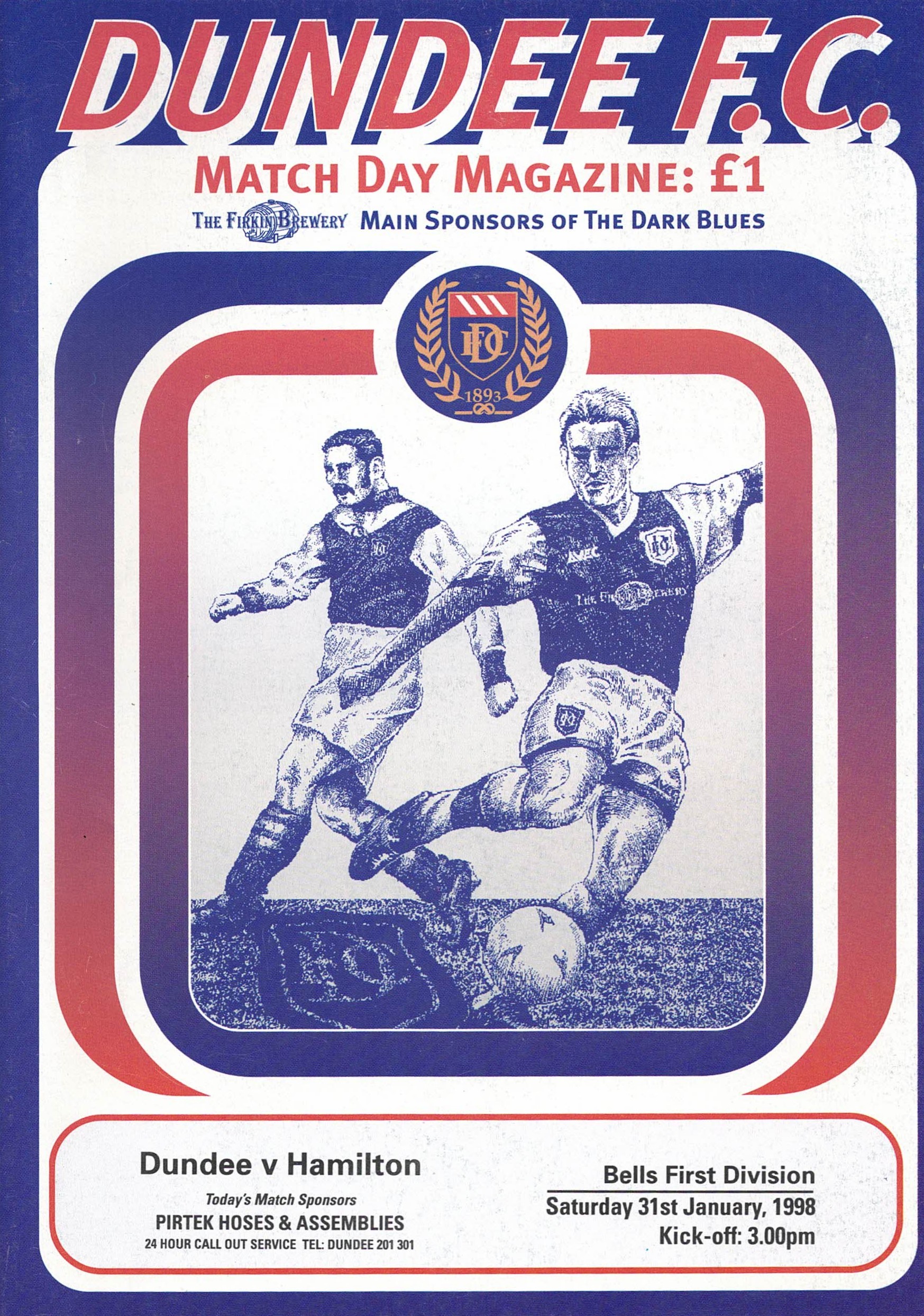 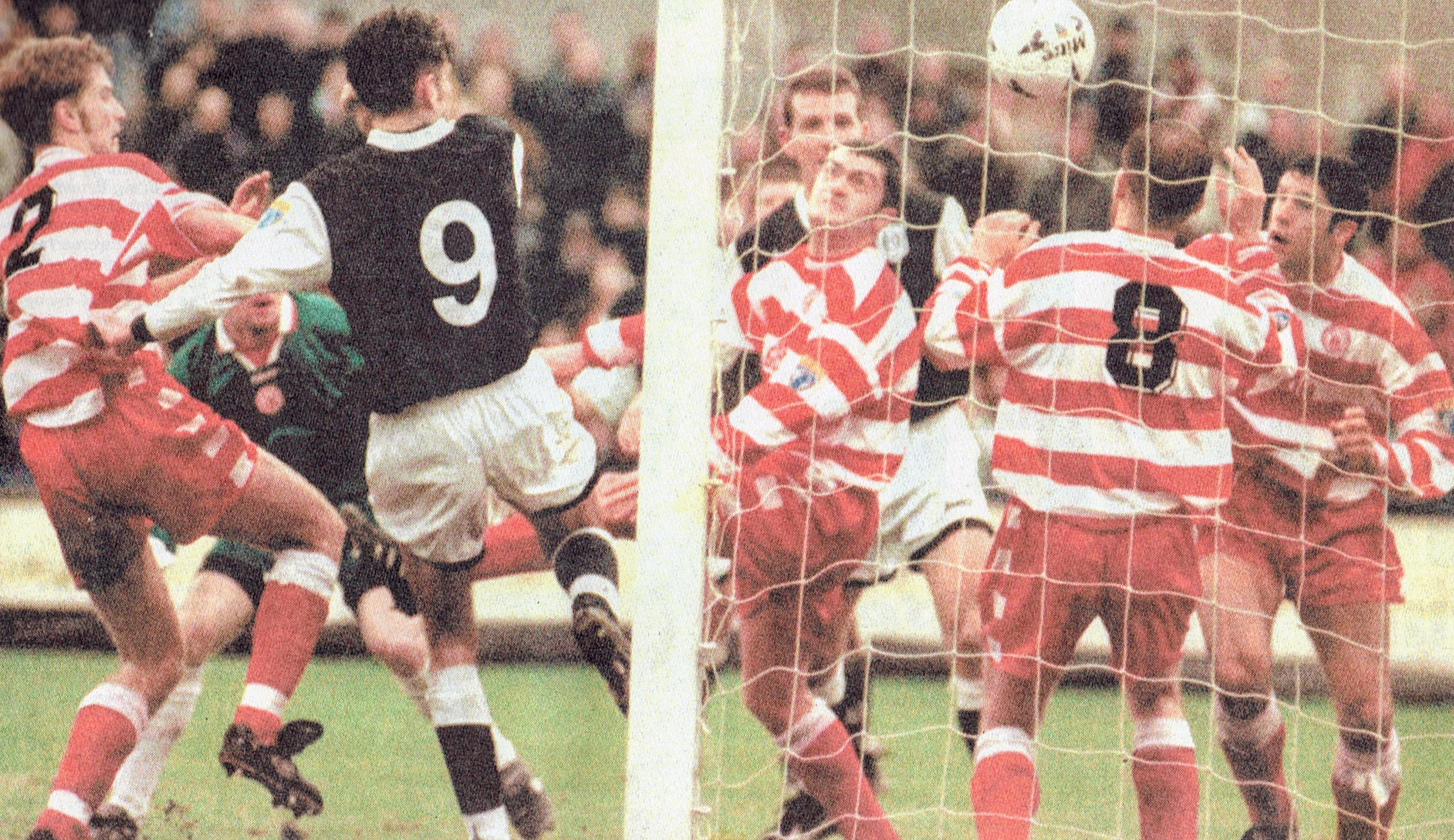 The home defenders had clearly ignored Thomson's danger in their penalty area late in the game and the former Airdrie man made them pay.

Dundee were reduced to 10 men six minutes from time when Adamczuk was sent off for a second bookable offence after diving into a tackle on Cunnington.

The Dark Blues paid the price for this indiscretion as Accies equalised from the resultant free-kick.

Substitute Dave McFarlane's cross was deflected to the far post and Thomson took aim before firing his well-directed effort low past home hero Douglas and into the net.

The goal was no more than the visitors deserved.

Accies' efforts against the odds-on favourites for a place in next season's Premier Division proved there may yet still be life in this title chase.

Keeper Douglas kept Dundee in the game during the early stages dominated by Accies.

He saved superbly from ex-Dens Parker Paul Ritchie and then from Eddie Cunnington, before the home side settled. But, with seconds remaining until the interval, the ball broke from an aerial clash and former Stirling marksman Steve McCormick hammered the ball home from close-range.

Naturally I am very pleased that we are through to the next round of the Scottish Cup.

Much has been made of the fact that St Mirren played the whole of the second half last Sunday with only nine men. But that detracts from the fact that we were already two goals ahead and well on top before the first. Alan Combe, was sent off.

Indeed, the second goal was a superbly worked one. I do have to concede that we didn't perform so well after the break, but we stopped doing the things that we had done so well earlier in the match.

There was a singular lack of quality balls into the box and the loss of a wee bit of discipline let them make the scoreline that little bit more respectable.

But the object of the exercise in any cup tie is to get into the next round and that achieved, we now await the winners of the Airdrie and Ross County replay.

But that's very much in the future. The job in hand is to ensure that we beat Hamilton this afternoon. They did exceptionally well against Rangers last week, but as we know from their first visit here, they are a fine footballing side.

But three points are very much our priority, so it is important that we keep scoring as we did against St Mirren, but also keep things tight at the back.