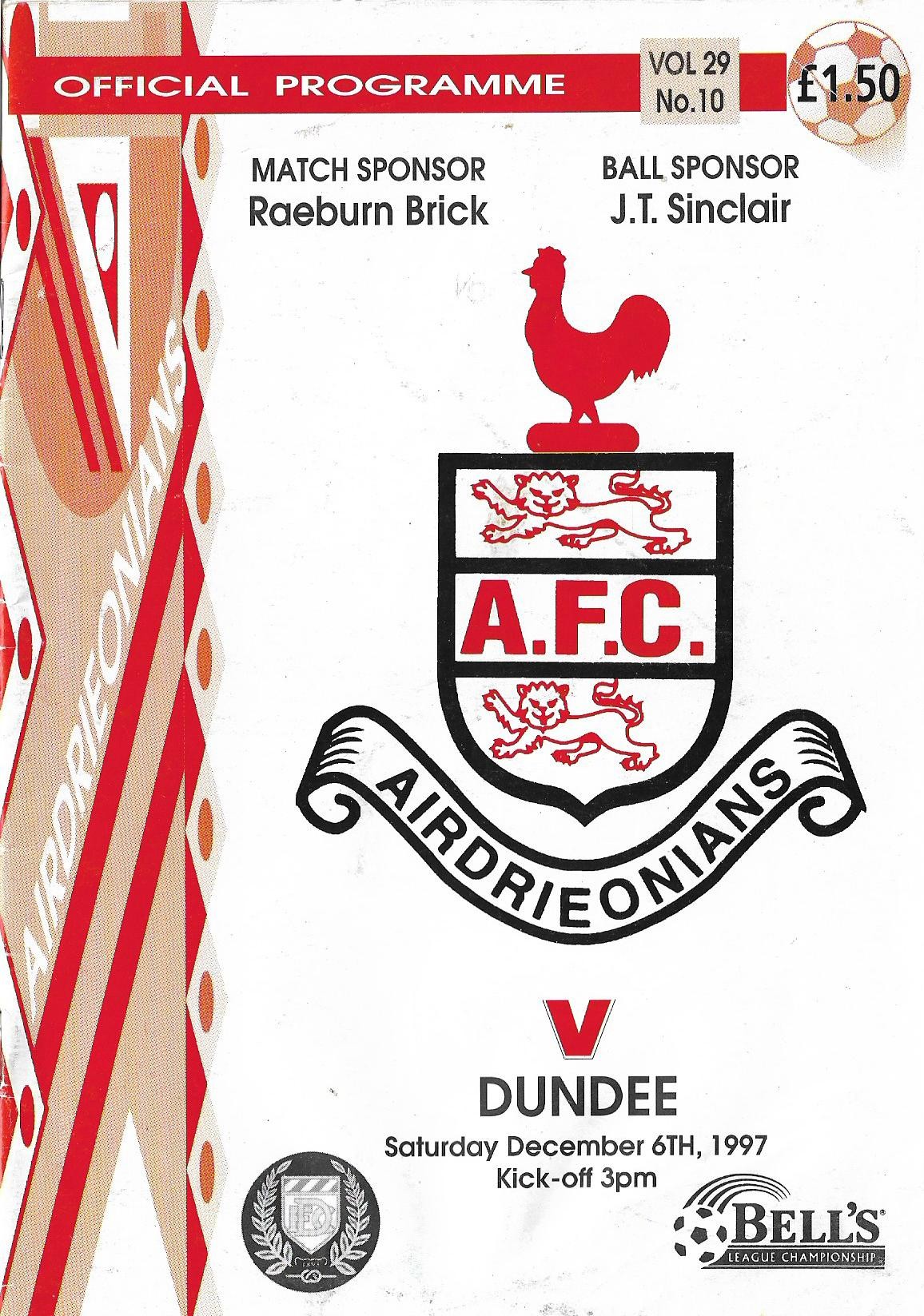 Airdrie had to win this one to keep in touch with the leading pack, but table-toppers Dundee had other ideas.

The game wasn't helped by a ferocious wind, but Airdrie mastered the conditions better than the visitors. However, the Taysiders stood firm and held out for the draw.

On their first-half showing, the home side were worthy of a goal, but it wasn't to be.

Stevie Cooper had two early chances but, although on target, both efforts went straight to the keeper.

Last week's hat-trick hero James Grady had a great effort just after the half-hour mark, but his shot went wide of the keeper's right hand post.

Airdrie's Paddy Connolly looked on for the opener two minutes later, but completely miskicked. To be fair to him, however, underfoot conditions in the penalty box weren't great.

Airdrie looked promising throughout and Gary Mackay had two fine shots, while Brian McPhee on the wing looked dangerous every time he was on the ball.

There was drama in the dying minutes of the first half. Jim McInally looked to have fouled Paddy Connolly in the box but the referee, who was close at hand, thought otherwise.

Kenny Black then put in a hefty challenge on McInally seconds later and was promptly booked.

Dundee lifted their game in the second half, but Airdrie's Paul Jack, clearly the man of the match, mopped up any danger.

Airdrie eventually got back in the driving seat and Black, Cooper and captain Jimmy Sandison all came close. However, Dundee managed to hold out for a well-earned point.

Dundee's McInally was booked in the second half for a foul on Connolly.