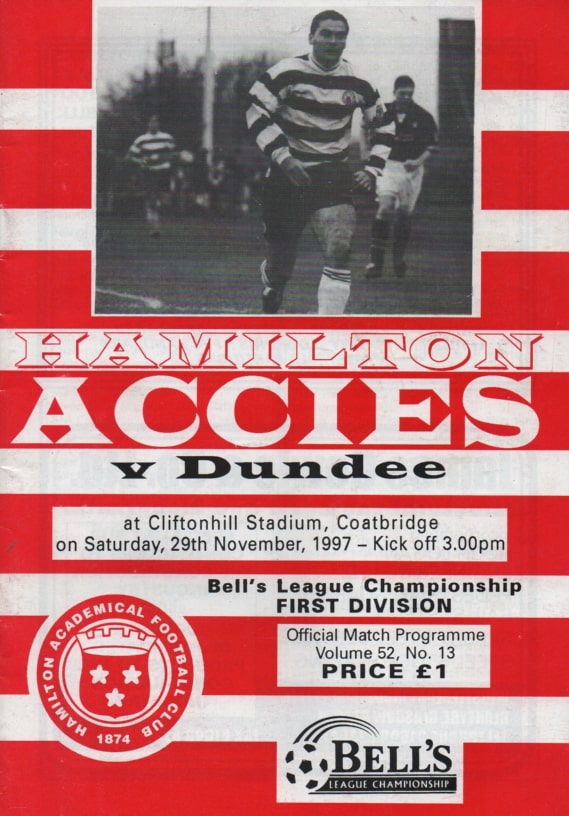 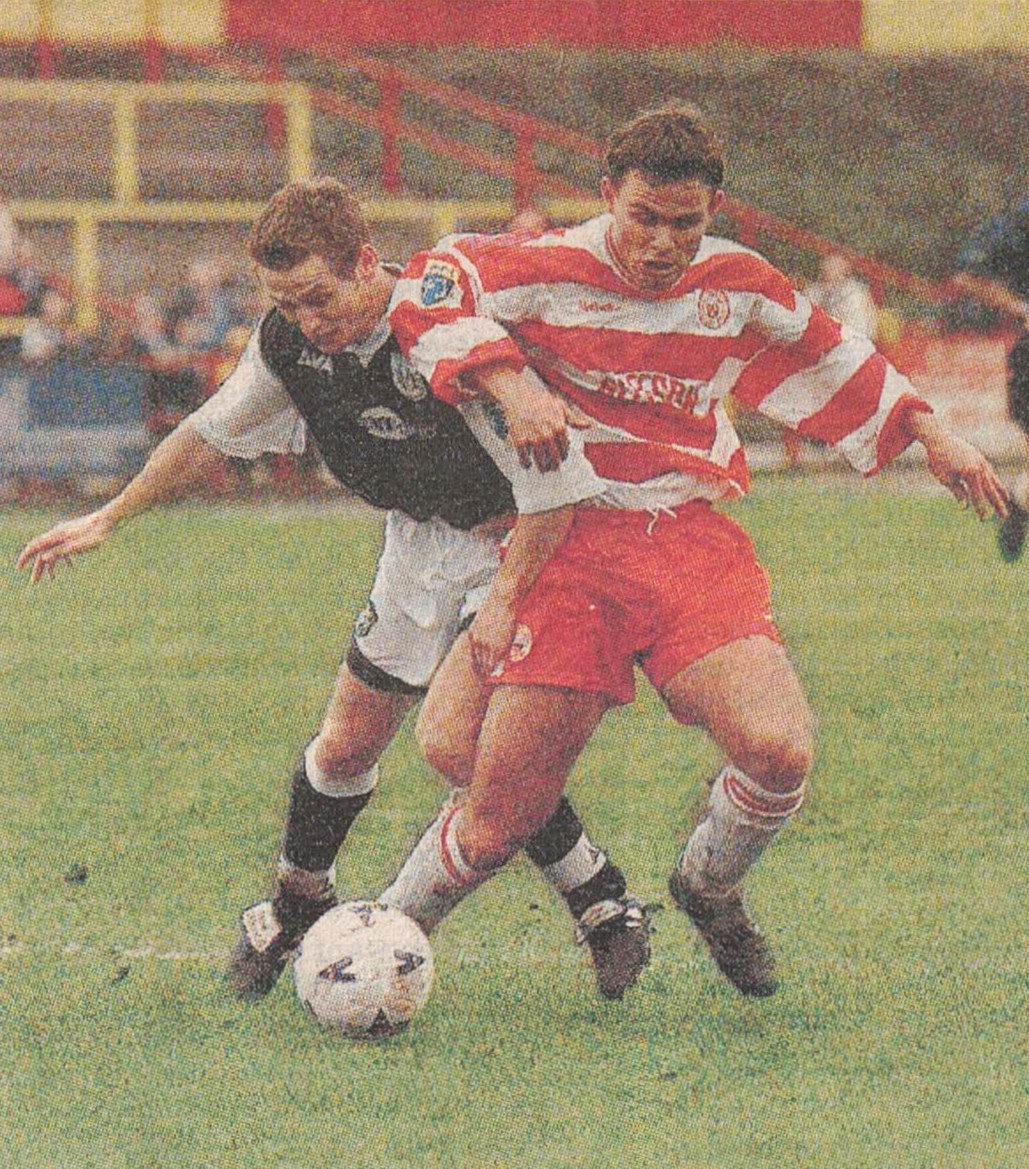 In the unlikely setting of Cliftonhill on a dark November afternoon, Dundee took a huge step towards the Premier Division.

In front of an all-ticket crowd, the top two at first found the going tough on a treacle-like pitch.

In the end, though, it was the artistry of James Grady and the all-round experience of Dundee-ably supported by a huge travelling support that won the day.

Despite the fact that it took them until the second half to really establish control, Dundee were in fact never in danger.

Hamilton seemed to forget that they technically had home advantage and rarely made any real impact as an attacking force.

It took a little piece of James Grady magic to turn the game Dundee's way.

A dull early period had seen both sides bogged down in the midfield in more ways than one when a long, crossfield pass from Anderson found the No. 10 in space.

As the Accies defence backed off, Grady fired in an angled drive which cannoned off Hillcoat and into the net.

Hamilton, whose second-top spot belies their shoestring existence, made a determined effort early in the second half but McCulloch, after a driving run, was robbed at the last second. And, thereafter, Dundee took over.

A low cutback from Fleming was dummied by Annand for Grady to hook the ball home from 12 yards. Then McCulloch - in possibly his last game for Accies-chested an Annand cross over Ferguson and into his own net to send the Dens Park side three up.

If it wasn't going to be Hamilton's day, then it was certainly James Grady's.

After an earlier effort had struck the bar he meandered into the box only to be brought down by a tackle from behind by McKenzie.

Undeterred, the little striker stepped up to finish off a sparkling display by slamming home the spot-kick.

For Hamilton, it was a sad afternoon in which their early-season form deserted them and hopes of promotion were dimmed despite sterling work from Hillcoat, McCulloch and Clark.

Dundee, now with a comfortable five-point lead over their rivals, were well worth their victory. Grady, Mcinally, Adamczuk and Fleming were outstanding,

Dundee's Irvine and Kelly, together with Accies' Craig, were all booked.