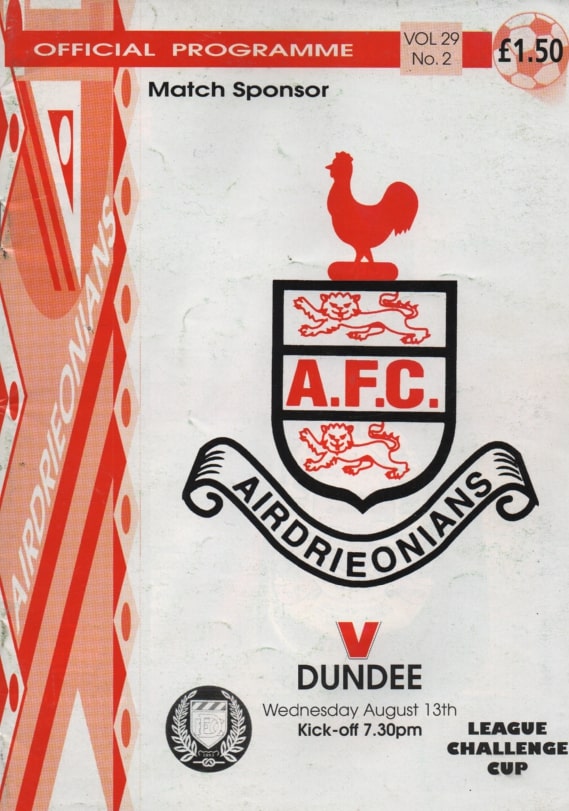 But even he had to admit defeat just two minutes from time when Steve Cooper at last turned the pressure into a winner to send Airdrie into today's second round draw.

Airdrie must wonder if there is a jinx on their games at Broadwood, for during a nervous afternoon there were worries that the game would go ahead.

First, the stadium was hit by lightning, but quick work restored the electrics.

Then a fault in the fire warning system meant that the gates remained closed and the fans were left to queue outside in the rain.

Dundee supporters were still arriving half an hour after the kick-off, which had been delayed for 13 minutes because of an accident on the motorway near Cumbernauld.

After all that, it was Dundee who threatened first when the game did get started and it took an acrobatic save from keeper Andy Rhodes to deny Ian Anderson.

However, after that it was Airdrie who seized the advantage and forced the Dens Park side gradually back, until in the final half hour it was almost one-way traffic.

Douglas first denied Airdrie when he turned over a superb Paddy Connolly lob as he back pedalled.

Then he was in action again early in the second John Davies drive.

Next it was Connolly, again with another fierce effort which the keeper turned on to his post and past.

Just when it seemed as if the backs to the wall dis play by Douglas would send the tie into extra time, he was at last beaten.AM

Airdrie substitute Gordon Connelly sent his corner searching towards the far post, where the leaping Cooper yet again out jumped the Dens Park defence to power his header into the roof of the net. 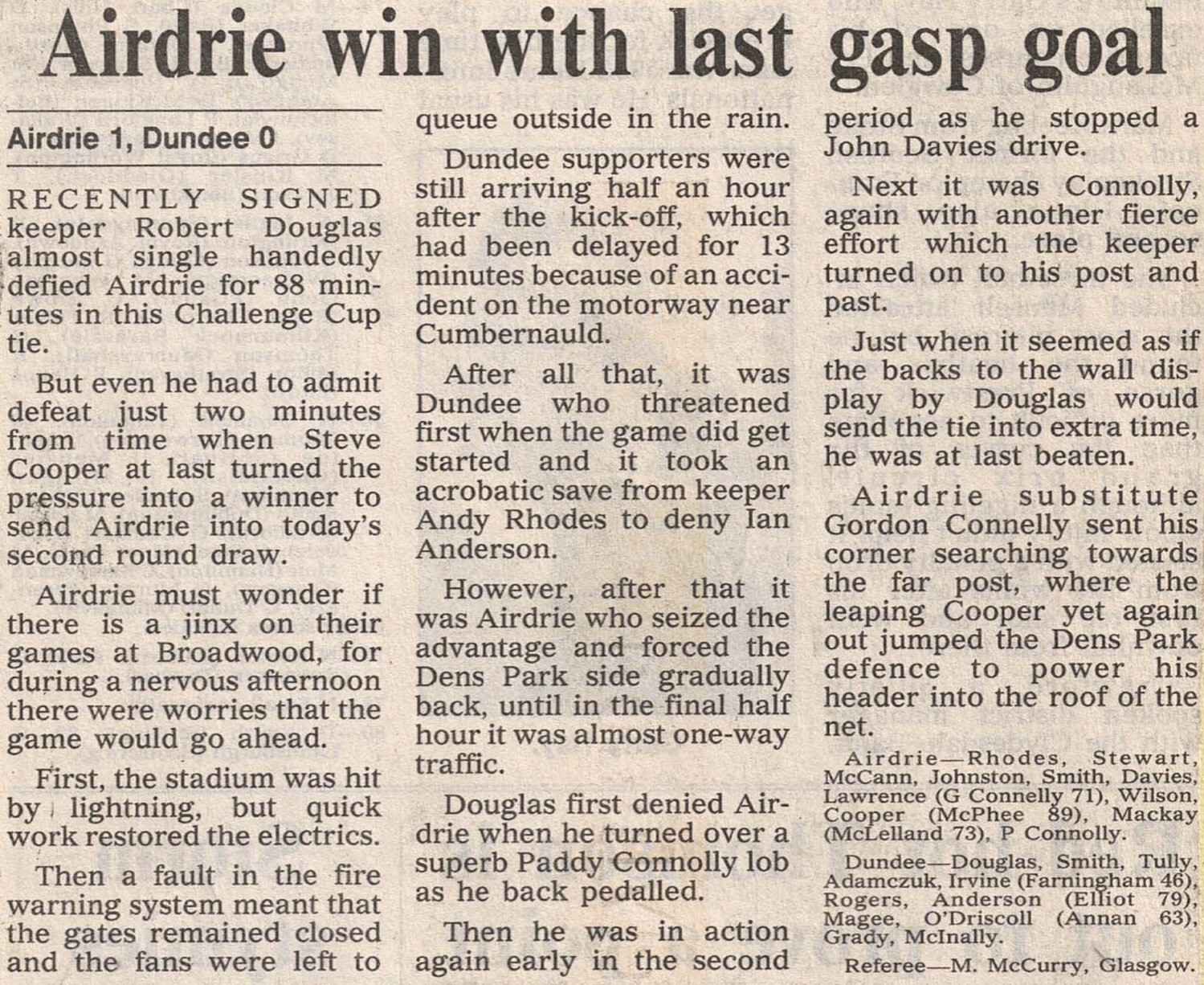