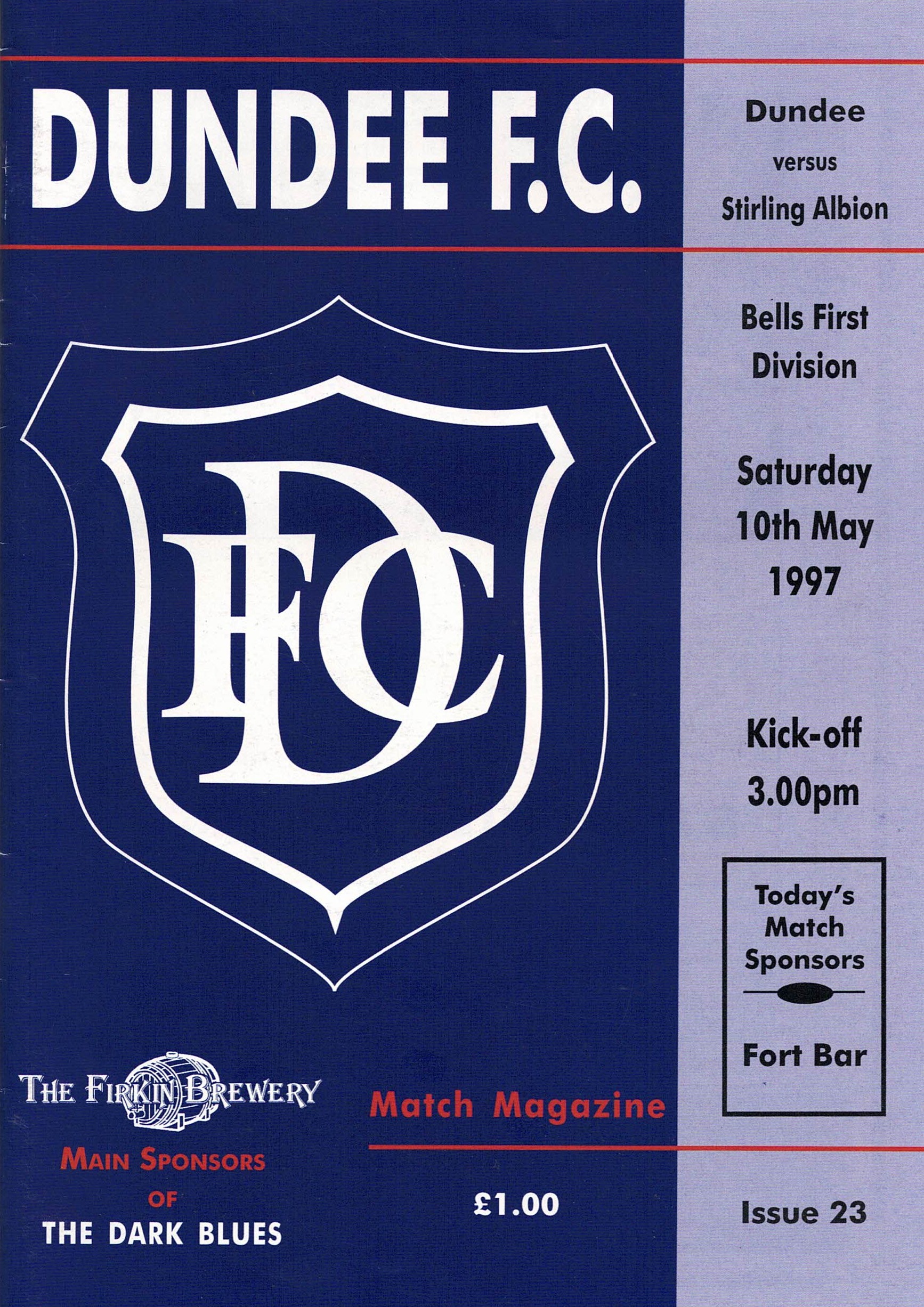 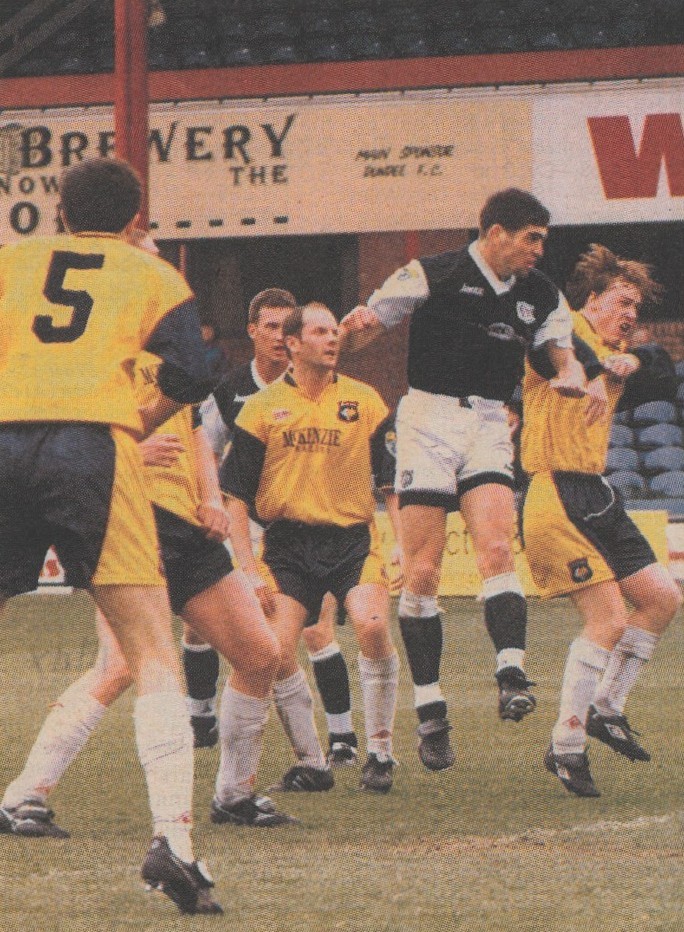 Looking to the future, Dundee included teenager John Elliot from the start for the first time, as they faced Stirling Albion at Dens in their last game of the season.

Another teenager, Gary McGlynn, was back in goal in place of Billy Thompson and Dariusz Adamczuk returned after suspension.

Jerry O'Driscoll failed to convince in a pre-match fitness test and was only on the bench.

Stirling were looking to extend an impressive run that had seen them lose only twice since New Year.

Dundee used a patient build up from the start to probe down the right flank. McKeown found Anderson with a good ball but full-back Paterson got in a good tackle.

Stirling hit back but Gibson's deep cross was just too long for McLaren.

A good break from Anderson after five minutes took him deep into the Stirling half before releasing Robertson out wide.

The midfield man launched a deep cross towards McKeown at the back post, but Paterson cleared for a corner.

A long ball from Raeside almost sent Annand clear a minute later, but Forrest matched his run and conceded another corner.

This time Robertson's kick was met at the back post by Anderson who hit a first-time volley which McGeown did well to tip over.

Albion went close with their first real try on goal after 12 minutes, Tait heading a yard wide from Hjartarsson's cross.

Dundee's early pressure paid off after 18 minutes. Anderson robbed Bennett on the edge of the box before making to the byline and pulling the ball back to ANNAND, who gave Albion's McGeown no chance with a fine strike low into the corner.

The lead could have been short-lived, as Stirling piled forward from the restart. A quick free-kick was played into the box and Taggart's shot forced McGlynn to beat away.

Forrest then conceded a corner from an Elliot cross.

Stirling were creating chances, though, and McGlynn saved a Tait shot.

The second half started with Hjartarsson firing a 30-yarder over the bar.

Five minutes into the half, Annand should have had his second and Dundee's third. Roberson sent a great ball forward and Annand found himself clear. He looked certain to score but shot wide under pressure.

Stirling fought back and, in 53 minutes, Bennett went close with a 35-yarder.

With 30 minutes left, the visitors were inches from scoring.

Gibson's cross was flicked on by McLaren, but the rolled just wide. ball Stirling replaced Carberry with Jack, and Dundee made a double substitution, bringing on McQueen for Raeside and O'Driscoll for Elliot.

The latter made an immediate impact.

An Anderson cross was only half-cleared to O'DRISCOLL, who hit a fine volley past McGeown from 18 yards.

Stirling pulled one back 73 minutes with a BENNETT penalty after McQueen was in adjudged to have handled.

With five minutes left, TAIT headed through his own goal trying to intercept an O'Driscoll cross.

However, Stirling pulled back another, again a BENNETT penalty after Adamczuk fouled Taggart.

Final - Dundee 4, Stirling Albion 2. Summing-Up - A game that was pleasing on the eye and should at least have sent the home fans home happy.

After the game it was announced that it was Tommy McQueen's last game for Dundee.

Obviously, like everyone connected with Dundee Football Club, I am disappointed that we are not amongst the spoils of even a play-off place at the end of the season.

The plain fact of the matter is that we have not been consistent enough over the course of the campaign.

In the short time that I have been manager, I have learnt a great deal and regard it as a great privilege to be manager of this club.

As it is the last game of the season, I would like to extend my thanks to the Directors, Officials, players and everyone on the staff including all those in the background and especially you, the supporters for your backing since I took over.

If we all stick together. I feel sure that we can soon take the club back into the top grade.

The signs are set fair. Irrespective of the fact that the cash had to be generated from the sale of players, I was given the funds to go into the transfer market to sign a fine up and coming player like Eddie Annand. In addition lain Anderson and Jerry O'Driscoll have pledged their immediate futures to the club.

Moves such as these can only put the club on the proper footing to mount the hoped for challenge for the First Division title next season.

To ring down the curtain on this season, we face the form side of the First Division, Stirling Albion. They have lost just twice since the turn of the year. Kevin Drinkell has done a great job I all three meetings with Albion have been very closely contested, just as this one will probably be this. afternoon.

Enjoy the game and see you next season.