Dundee manager John McCormack left Dens Park on Saturday evening, happy his side had wrapped up another valuable three points with a 1-0 win over Clydebank. But his side's performance must have given It some cause for concern.

It must be said that this was one of the Dark Blues' off days, particularly during a first half when the home side conceded a large bulk of the possession to their visitors. After the break, Dundee did up the pace and start to get in behind the Bankies' back four, but, despite creating all the best chances, they failed to kill the game.

Yet again, it was teenage striker Jerry O'Driscoll Dundee had to thank for their win, as he swooped on a slack back pass from Clydebank trialist Dennis Connachan to fire low into the net just before the hour mark.

"I am a happy man with the result, but we did not play anywhere near the standard of last week," said McCormack after the match.

"It hadn't really happened for us in the first half, but after the break we upped it a bit, started to create chances and were unlucky not to get another one," he said.

Certainly, O'Driscoll was out of luck when a header came back off the inside of a post, while Clydebank keeper McFarlane denied him late on with a great save from close range.

Dundee had plenty of youth throughout the side, with O'Driscoll backed up by a midfield that included Hugh Robertson and Gavin Rae, both preferred ahead of Chic Charnley.

McCormack said Charnley had been available, but the decision had been made to go with the youngsters.

They both put in dogged performances, Robertson, especially, showing in flashes that he could offer a lot in Dundee's promotion push.

In goal, young Gary McGlynn had another excellent game, while Craig Tully's second half showing as a sub for the injured Tommy McQueen must make a strong case for his inclusion in next week's cup-tie. 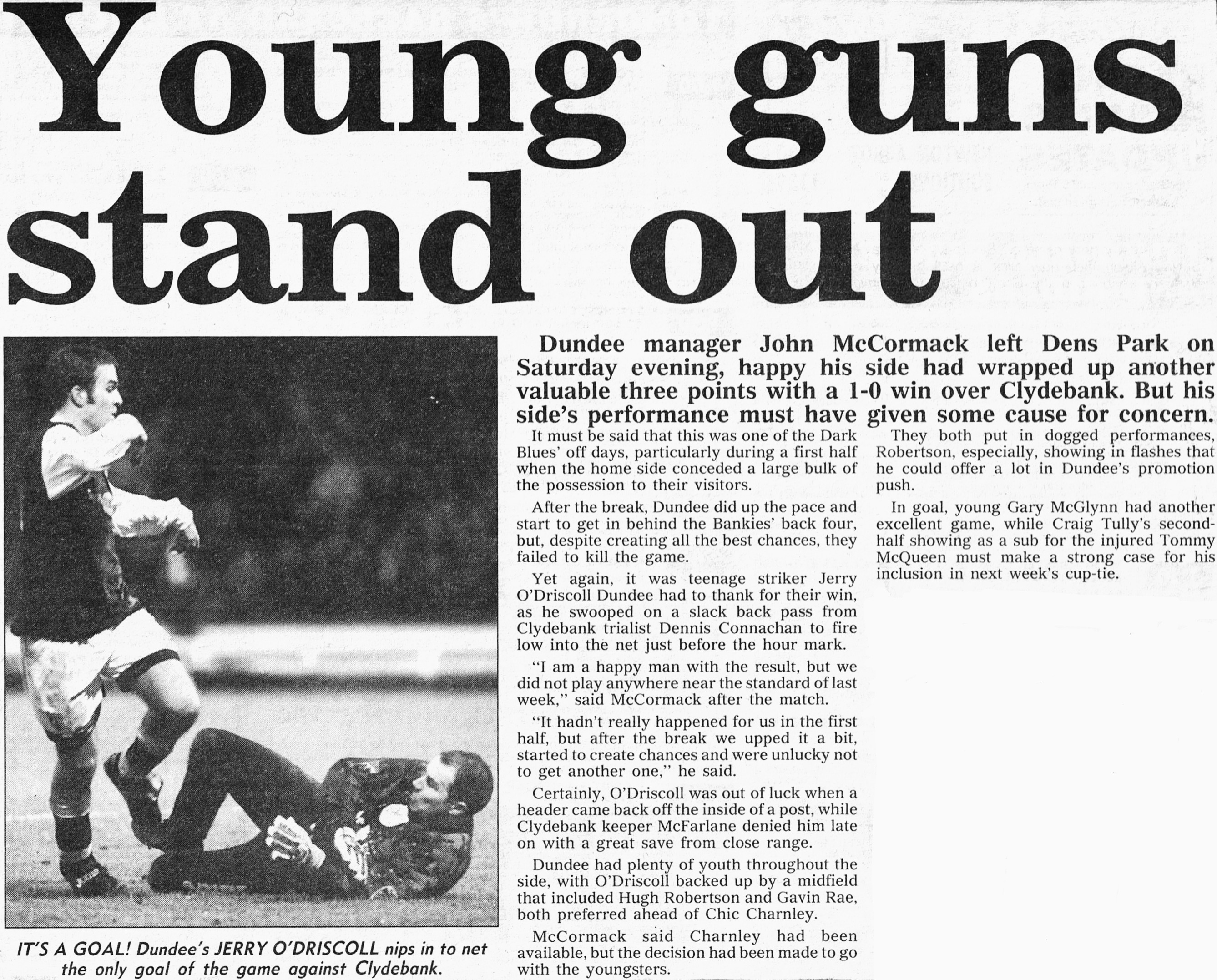