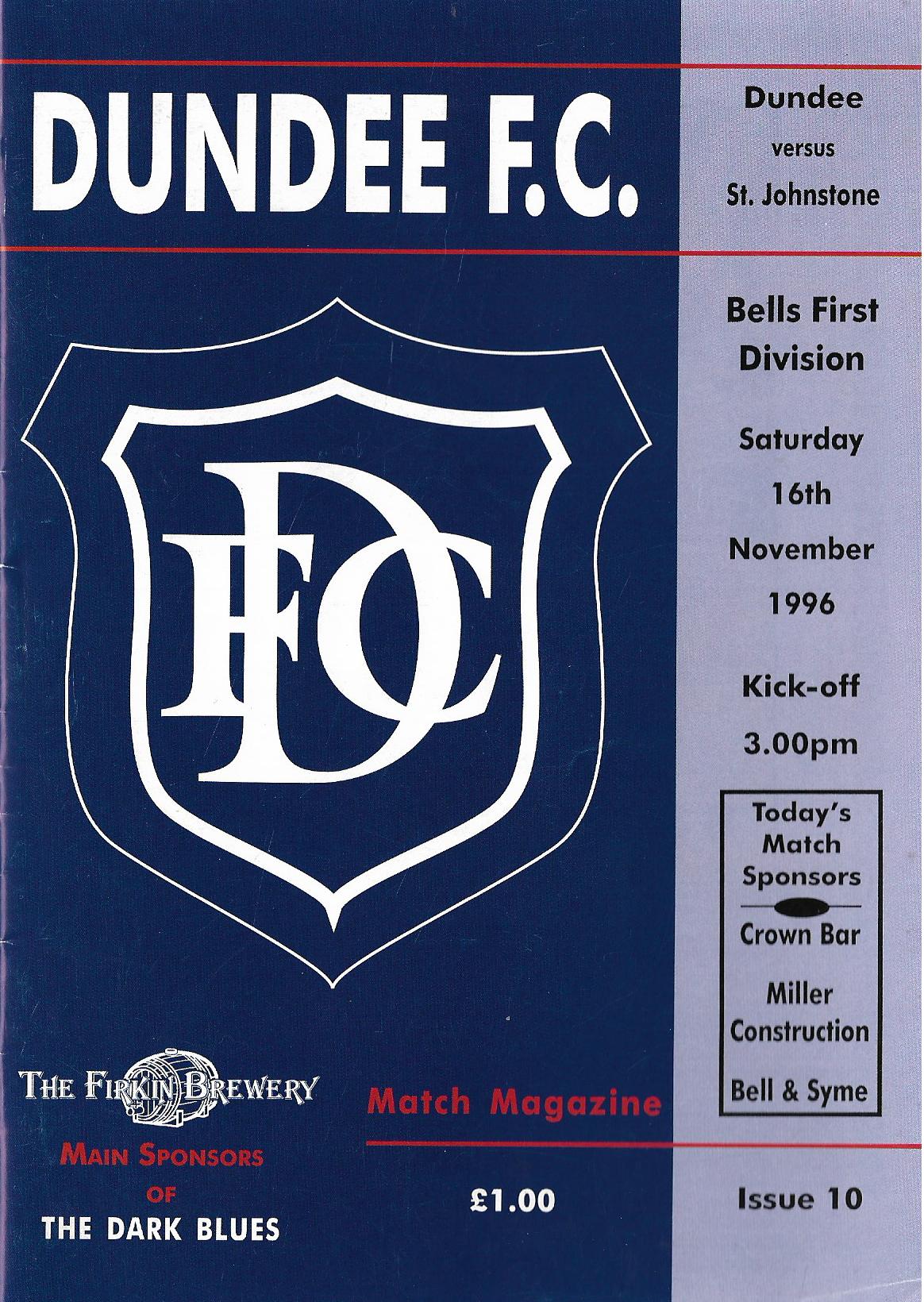 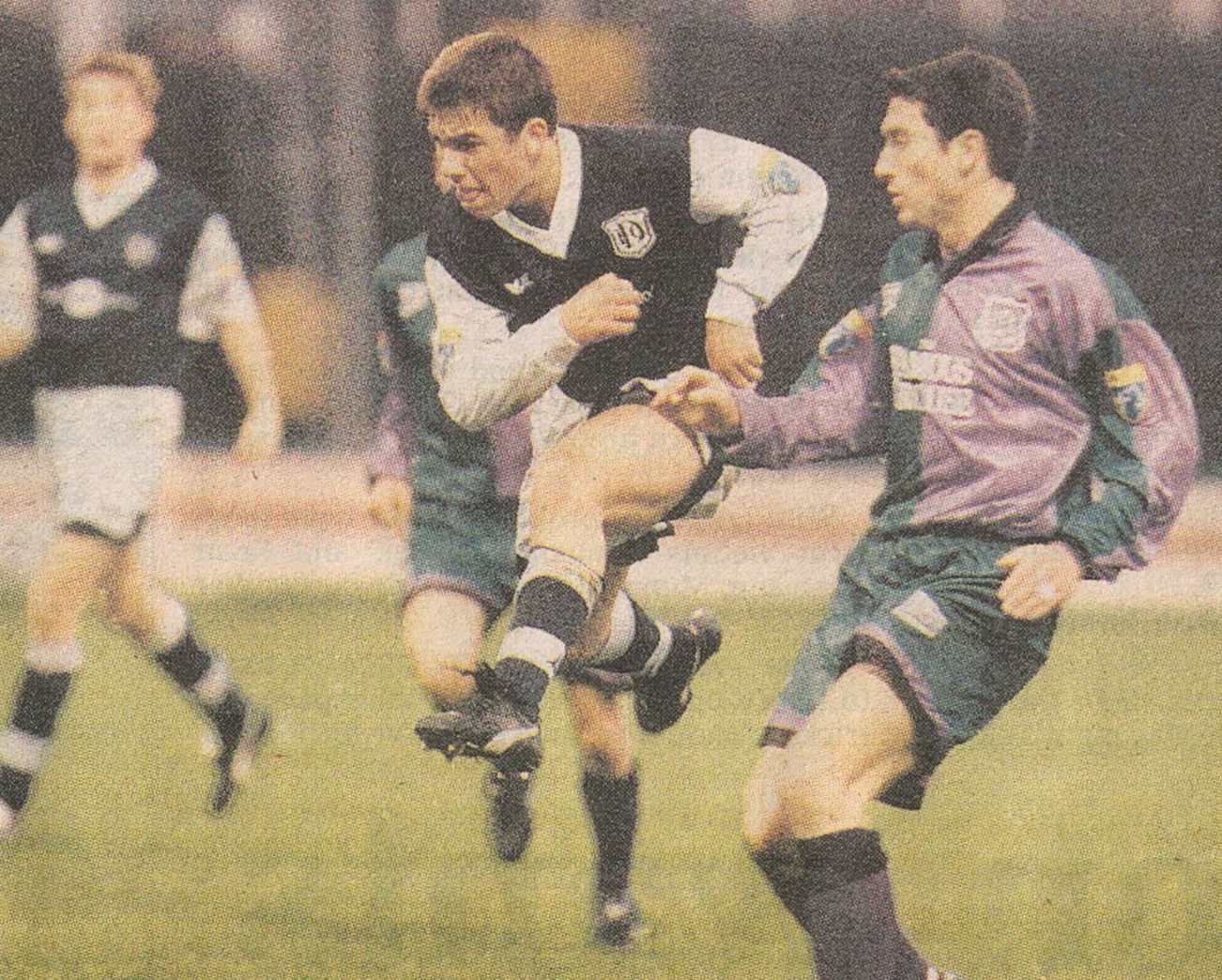 St Johnstone now look what they were always tagged-strong favourites for the Division One title.

Paul Sturrock's side may have beaten Dundee by only 1-0 at Dens on Saturday but they deserved a greater margin of victory.

That they didn't get it was due to yet more solid defending from the Dark Blues.

However, Dundee haven't scored a goal in just under nine hours of league football, and the burden on the rearguard to get results not surprisingly became intolerable, George O'Boyle heading home the 77th-minute winner with little resistance.

Saints boss Sturrock pointed to a new patient approach as the key to success.

"I am delighted with the result and pleased with a very solid performance," he said.

"Our form has been a bit indifferent away from home, and we needed to tighten up a little bit. I wouldn't use the word 'cavalier' to describe us but, at times, we have been leaving ourselves open-and that has caused concern.

"The players and I had a talk about how to approach away games, and I am very pleased that they took my thoughts on board. Patience is something I have been trying to instil in them. We have sometimes gone away from home and played at 100 miles per hour, and that has resulted in a loss of discipline and shape."

There was no prize for guessing Dundee boss Jim Duffy's main concern.

"Our strikers have to take their fair share of responsibility, and we can't keep relying on the defence. The forwards are not playing at all, and I have to look at that," he said.

"The league is so tight there is only one point separating five teams-but this result has hampered us, not just in lost points but also lost confidence.

"We either need to make changes or stick with the strikers we have and hope they regain their confidence," added Duffy, who surprisingly tagged the encounter match as "even"

"I am not over-criticising the frontmen, just stating a plain fact. They are good players but, if they are not doing the job, we will have to look elsewhere.

"We will keep searching. We have had a few trialists at Dens, and more are coming, and, hopefully, we will eventually find what we need."

The only senior team in Scotland to have scored fewer league goals than Dundee is East Fife-and the two clash at Bayview on Saturday.

Up next for Saints is a tough visit to Partick tomorrow night. But, with such a composed display tucked away, they have every right to expect to be six points clear of the chasing pack when the final whistle blows at Firhill.

• Dundee handed trialist midfielder Laurent Croce his debut on Saturday and he battled away gamely against fellow newcomer Nick Dasovic, the impressive Canadian who was playing only his second match for Saints.

The Frenchman is now in the second week of his trial period, and Dens boss Jim Duffy said, "We will sit down with him in the days ahead to see what the situation is." 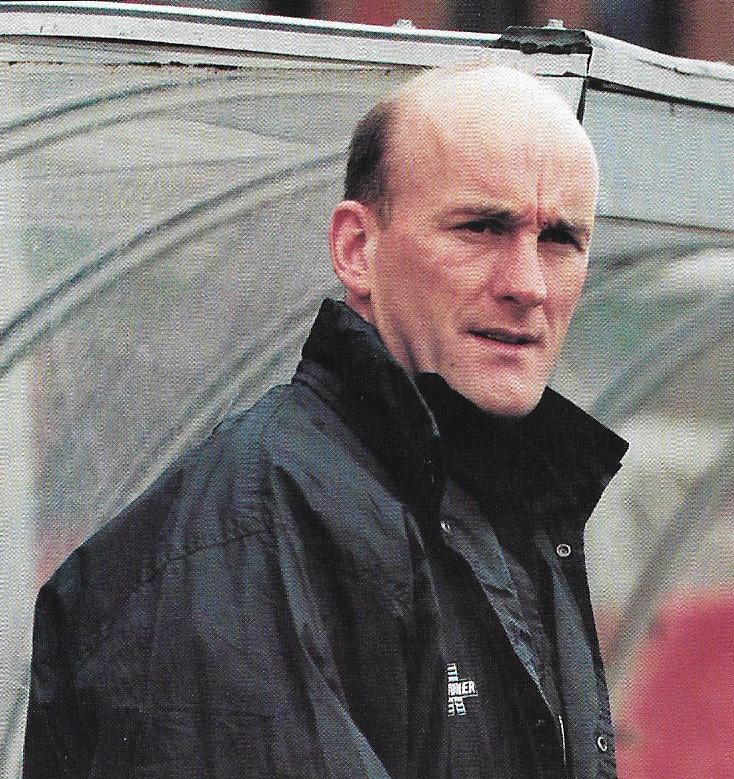 In our two most recent outings, victory has eluded us. After going down at home to St Mirren, we emerged with a point at Broadwood in last week's top of the table clash with Airdrie.

Whilst we have been criticised for not scoring recently, the defence, as indeed it has been for most of the season, has been very solid and that is the most positive and encouraging aspect of the side.

No matter at what level, good teams have their basis in a sound defence and I am pleased to say that in that area we can have few complaints. What we need to do is add that cutting edge.

Towards that aim, we are working very hard, but have suffered a fair bit of disruption of late to our forward plans for varying reasons.. George Shaw has decided to seek his fortune elsewhere; Jim Hamilton has been out with the Under-21's; Paul Tosh has been injured; whilst Chic Charnley is suspended.

All four of these players can score goals, so it is perhaps not surprising that we have lacked consistency in that department recently

For that reason, we have had a lot of players on trial over the past few weeks. I do not wish to go over old ground concerning the limited financial resources, but can assure you that we doing our utmost to enhance the attack as we have done in defence by acquiring the likes of Robert Raeside and Barry Smith. If we can unearth players of that quality; I'll be more than happy.

For the moment we must continue to keep a right ship at the back. But no matter who you are playing all teams will get at least one chance in a game and the possibility of snatching a goal. Therefore, we must take the pressure off the defence by regularly finding the net again as we did at the start of the season. This would also get our confidence going again.

And this afternoon's important meeting with St Johnstone is the perfect start point. Paul Sturrock's side are rightly most peoples' favourites for promotion. They are a good, well balanced side and one we enjoy playing against.

To my mind, the team which finishes above St Johnstone will go up and I believe we are good enough to do just that and a Dark Blue victory this afternoon would ensure that, temporarily at worst, we are ahead of them in the table.