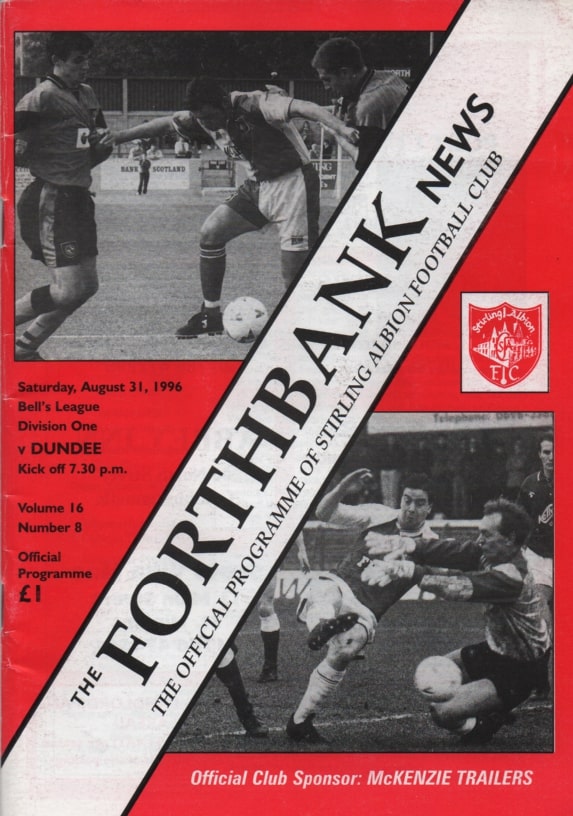 Dundee maintained their unbeaten run thanks to a performance of impressive tenacity at Forthbank.

Steamrollered by a quick and muscular Stirling Albion in the first hour of Saturday's contest, they trailed to a David Wood goal and looked to be heading for defeat.

However, aided by the introduction of substitutes Ray Farningham and Kevin Magee in place of Kevin Bain and Ian Anderson, they regrouped and battled their way back for a 1-1 draw.

George Shaw, as scorer of a fine equaliser, got the plaudits but as player/coach Farningham commented, it was the determination of the team as a whole that was the most memorable feature of the Dark Blues' display.

"We didn't play at all well for a lot of the game but kept plugging away until we got back into it," he said.

"That is the second time we have managed to come from behind (the first being against Dumbarton in the Challenge Cup) and I think it shows the character we have in the team.

"Things aren't always going to go the way you want them to and it is how you respond to setbacks that is important.

"Successful teams have their off days like anyone else, the difference is that they still manage to get the right results in spite of it.

"We have a lot of new faces in the side and it is nice to see the spirit is there."

While Farningham was commendably positive from the moment he came on, the best of the visitors' performances was from Barry Smith.

Given the roving role in a three man central defence supported by wing backs, the former Celt made great use of his freedom to push forward at every opportunity.

Solid at the back and cleverly creative in attack, he was a delight to watch.

Billy Thomson, David Winnie, Robbie Raeside and Dariusz Adamczuk all got pass marks, too, but Kevin Bain and Ian Anderson struggled and, with Jim Hamilton and Paul Tosh set to return, would appear unlikely to start in tomorrow's night's Coca-Cola Cup clash with Dundee United.

"Jim and Paul are very important players for us and we definitely missed them out there," said Dundee boss Jim Duffy. "

Stirling are well organised and made it tough. I have said all along that the division would be as tight as ever and their performance bears that out."

The draw gave Albion their first point of the season and, while manager Kevin Drinkell was a little aggrieved it wasn't three, he did admit to satisfaction they had got off the mark. 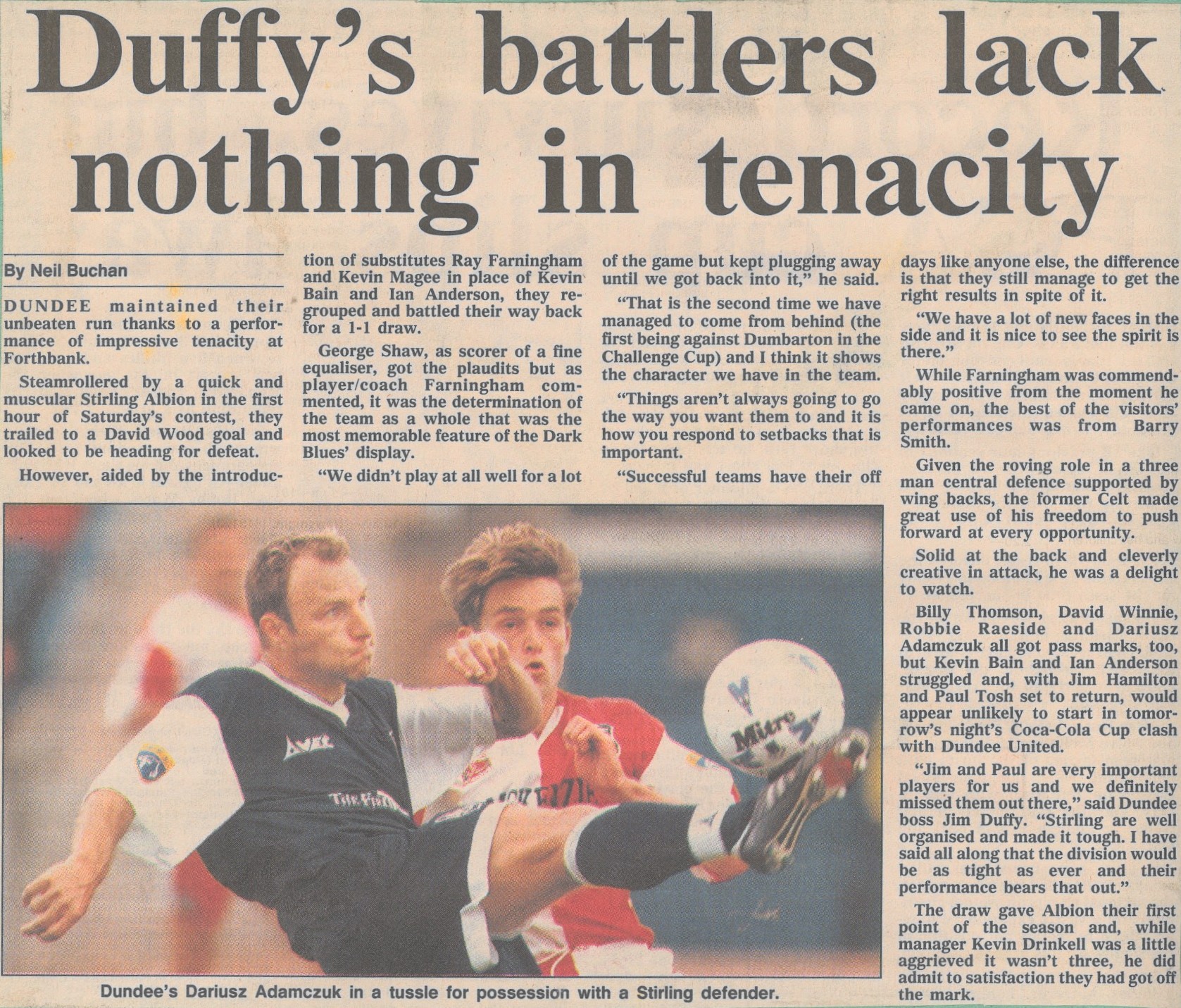