Brought into fill the gap left by the sale of Neil McCann to Hearts, the former Scar- borough, Partick and Preston winger scored one and set up two on his home debut as the Dark Blues exacted revenge on the holders for last season's upset at the same venue.

The 25-year-old gave Terry Christie's Warriors problems from the start and it was no surprise to see him create the opening goal in the 37th minute.

His deep cross from the left was headed powerfully onto the post by Jim Hamilton and when the ball rebounded to the edge of the box Paul Tosh was on hand to shoot into the net.

Ian Little clashed with Magee seconds later and was shown the red card, referee Bill Crombie taking action on the advice of far side linesman Mr Cobb after initially waving play on.

The home side, with Tommy McQueen taking over the captaincy in the absence of Neil Duffy who has joined neighbours s United, took full advantage of their numerical superiority in the second half stretching their lead to two, then three goals.

Hamilton's headed score was consolation for earlier hitting the woodwork but it was Magee's well deserved goal nine minutes later that brought the crowd to their feet. Running onto Hamilton's header, he showed good computer to beat Muir keeper Steven Ellison with ease and was rewarded with a standing ovation when he was replaced by Ian Anderson near the end. 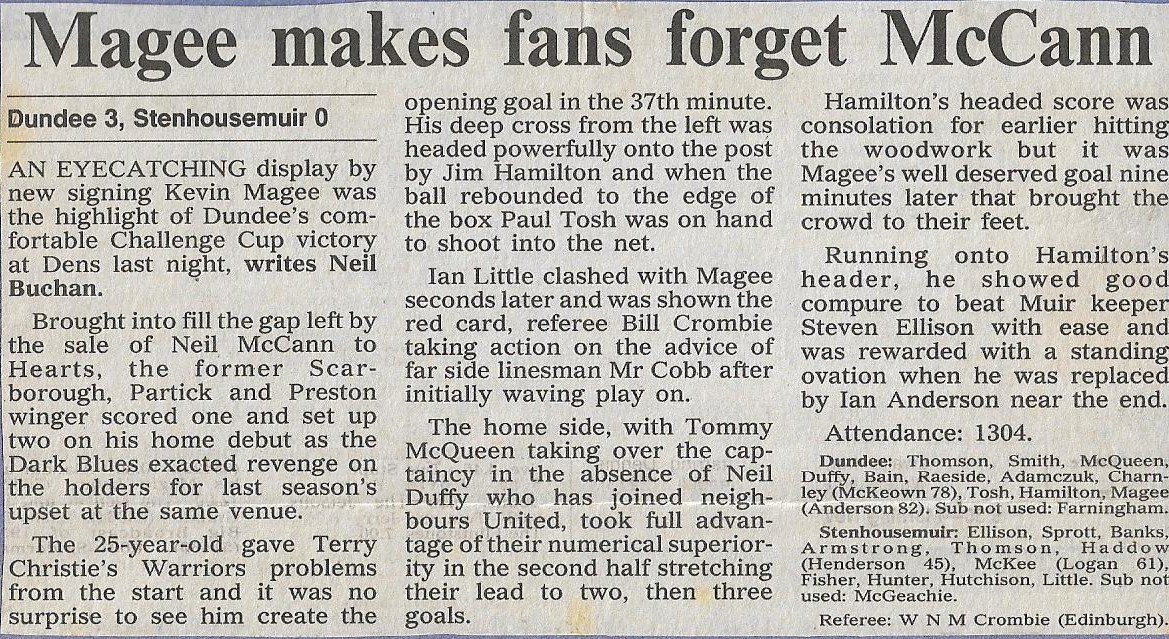