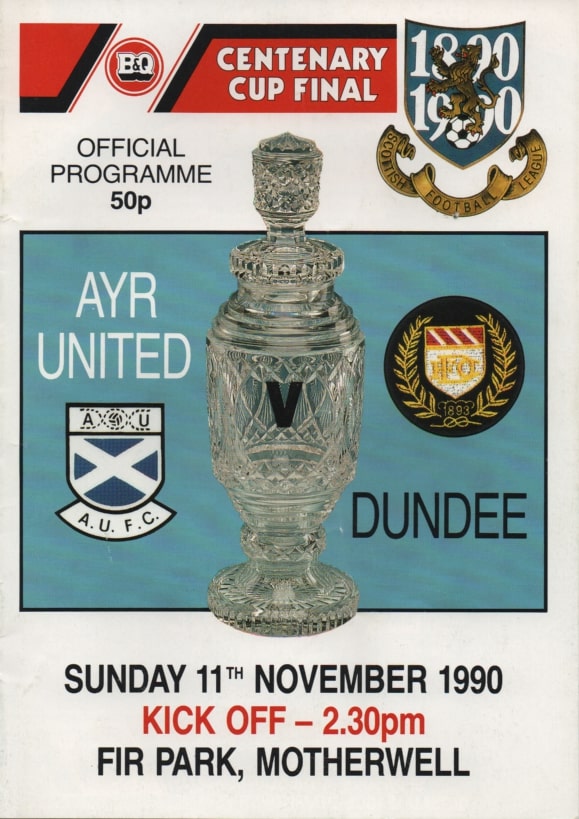 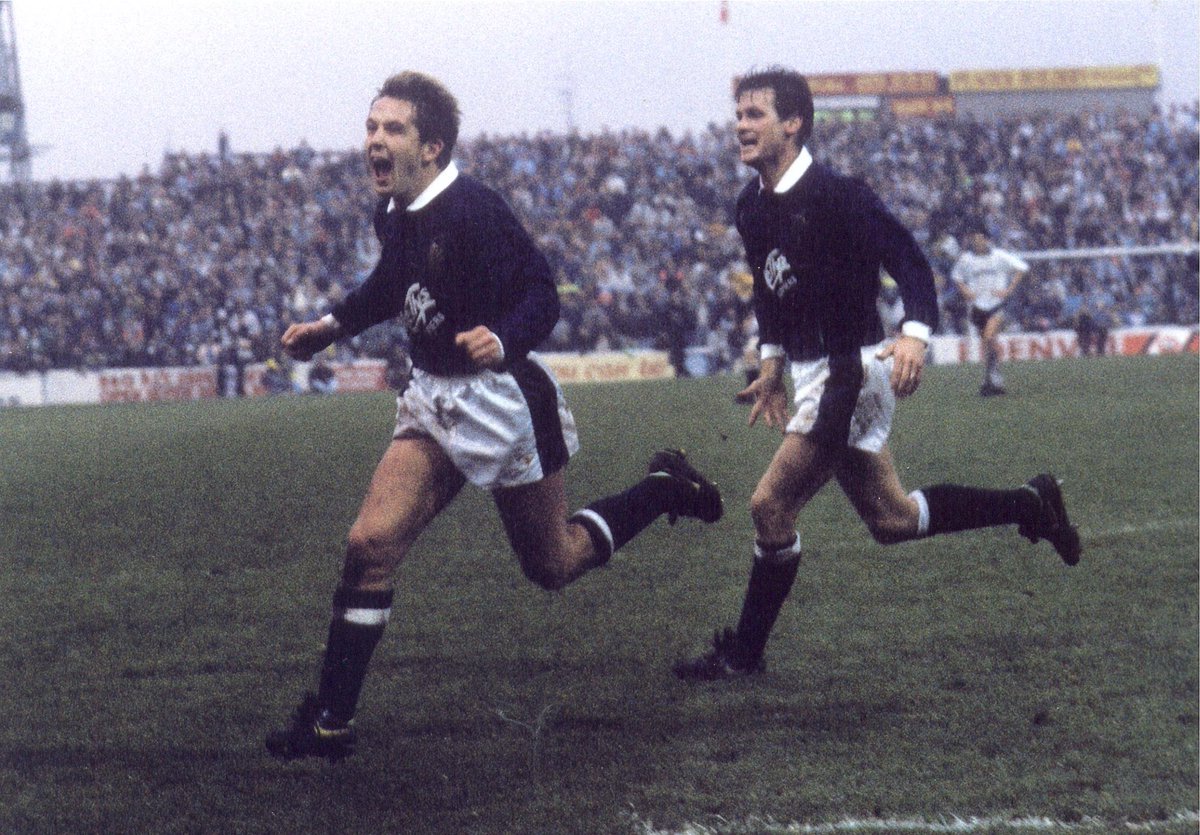 Dundee yrsterday ended a 17 year wait for success by lifting the B&Q Centenary Cup after a pulsating final at Fir Park, Motherwell.

The Dark Blues - without a trophy win since claiming the 1973 League Cup - deservedly beat Ayr United thanks to a sensational hat-trick from Billy Dodds.

But if man-of-the-match Dodds was the Dens Park hero, recalled £150,000 record buy Colin West played a no less significant part in the victory, fully vindicating manager Gordon Wallace's brave decision to include him in the starting line-up.

Dundee gave a performance full of character, recovering from a poor start to clinch the Waterford Crystal trophy. And how they relished their triumph.

Wallace said afterwards, "It's a tremendous feeling to win something, particularly having sat in dugouts before when the team I've been involved with has lost finals.

"This club has been on a downer for a while but I think we showed today what we are capable of."

Three-goal Dodds dedicated the win to his manager.

Wallace and chairman Angus Cook were the subject of a terracing banner - which the police ordered fans to take down - calling for both to go and Dodds revealed, "Seeing that flag made me even more determined to do well.

"The boss has had a wee bit of rough time because of our league form and I'm really pleased for him that we got the right result."

Of West, back after a one month stint in the reserves, Wallace said, "I took criticism at the beginning of the season when Colin struggled but it takes time to adjust to Scottish football and I'm delighted he showed the doubters what he is capable of today."

Englishman West, who was watched by his mother and father, who had travelled from their Middlesbrough home, wore the broadest smile of all the Dens Park players.

"The start I made with Dundee was horrendous. I struggled for fitness, wasn't playing well and my confidence dipped, but I think our fans saw the real Colin West in this match," he said.

"I didn't expect to be in volved, having been out of the first-team picture, but every thing came right for me on the day and I feel brilliant."

United had much the better of the first period and were well worth the 1-0 half-time lead given them by Ian McAllister.

The opener was so typical of the type of goal conceded with almost monotonous regularlity by Dundee over the last couple of years.

The interval deficit might easily have been greater for Tommy Bryce was only inches wide with a snap shot and missed a great chance from a Templeton cross while only a timely Rab Shannon tackle prevented David Kennedy from netting.

Dundee enjoyed a reasonable amount of possession but their use of the ball was poor.

They had just one shot on target - a Gordon McLeod effort which David Purdie held low - and the nearest they came to scoring was when a West cross broke off the legs of Kennedy, forcing Allan Gillespie to clear the ball off his line for a corner.

The Dark Blues, though, were well on top in the second half.

Within seven minutes of the restart they had levelled from the penalty spot after Jim McCann needlessly nudged West as the pair chased a through ball into the area.

The task of converting was given to Dodds, despite having missed a penalty against Meadowbank last week, and he made no mistake, sending Purdie the wrong way and 5000 Tayside fans into raptures.

Dodds then passed up a great scoring opprtunity, slicing his shot wide after Wright's dummy from a Rab Shannon cross had left him with only the keeper to beat.

He atoned for that miss, however, in 72 minutes, heading the ball past Purdie at the back post following a great cross from West.

That brought chairman Angus Cook to his feet in the director's box but his joy was short-lived because three minutes later, and against the run of play, Ayr equalised in fortuitous fashion. A David Smyth 25-yard drive took a cruel deflection off West which sent the ball looping over the helpless Carson.

Dundee had the best of extra time but it took until the 115th minute for them to claim victory.

Skipper Gordon Chisholm's headed pass sent Wright through on Purdie and, when the ball broke after they collided, that man Dodds was perfectly placed to sidefoot it into the empty net from 18 yards.

There were four bookings, Ayr's Smyth for tripping West and McCann for a similar offence on Wright and Dundee pair Forsyth and Shannon for fouls on Templeton.