Dunfermline are fast finding out how hard life is in the Premier League.

Dundee's Tommy Coyne hammered in a hat-trick in a first half which the Fifers spent mostly on the rack.

Although well in command it took Dundee a while to score, but what a beauty it was when it came.

Keith Wright split the Dunfermline defence with a pass and McKinlay's inch perfect cross was headed strongly past the helpless Westwater by Coyne.

Dundee's second came via a penalty after Dave Young had upended Keith Wright. Coyne did his usual immaculate job from the spot.

Coyne's hat-trick came just before the break following a short corner from lan Angus to the ever-eager McKinlay.

The full-back's cross was thumped into the roof of the net by the jubilant Coyne. If ever the Fifers needed a Jim Leishman speech to boost morale it was then, but the second session was no different from the first and Dundee's superiority was soon emphasised by a fourth goal.

McKinlay sent Glennie off on the overlap and his cross from the left flank was brilliantly headed in by Keith Wright.

Coyne completed the rout for Dundee with his own fourth goal after Shannon had released McKinlay down the left to fire a cross into the box.

Man of the Match-It has to be TOMMY COYNE, of Dundee. 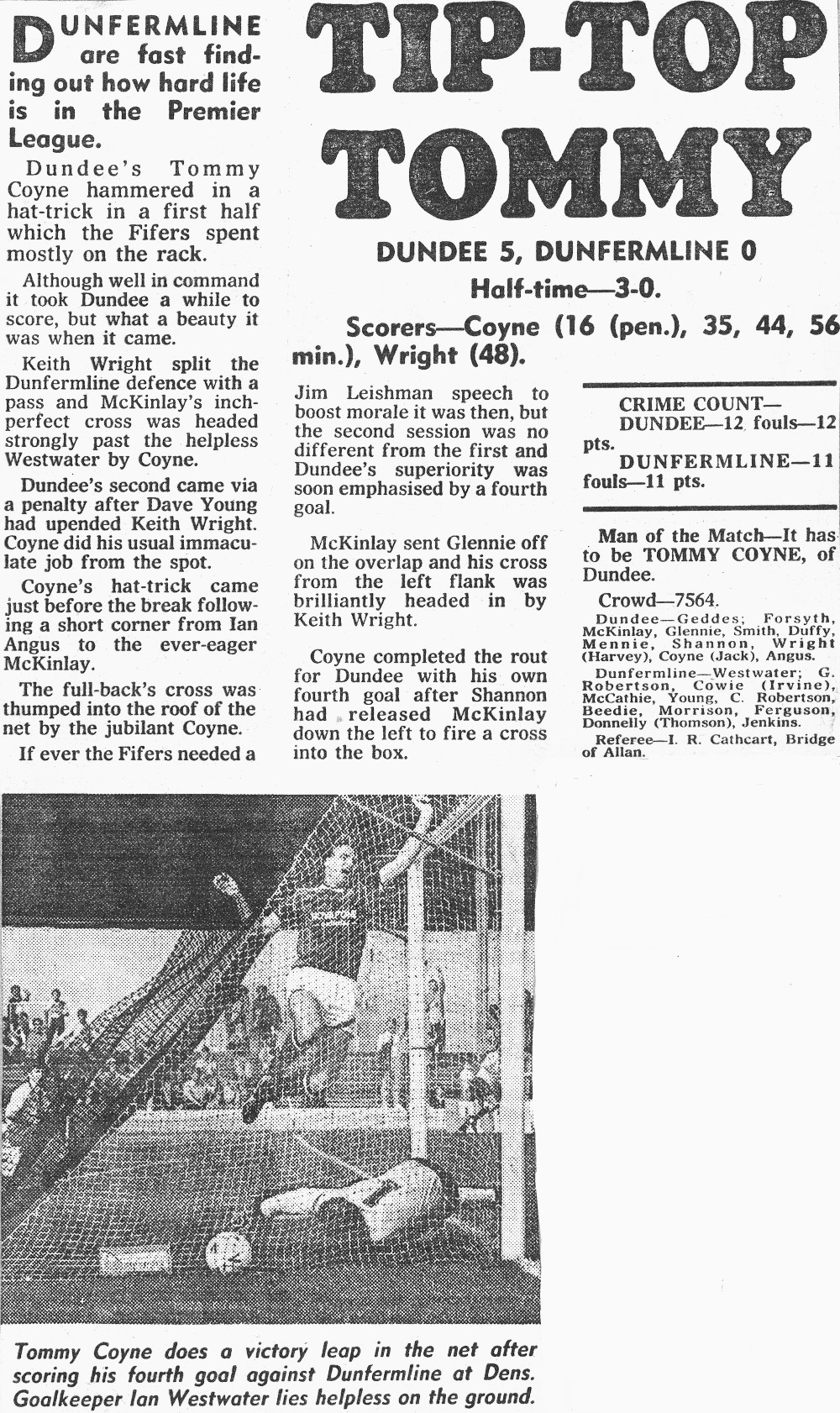