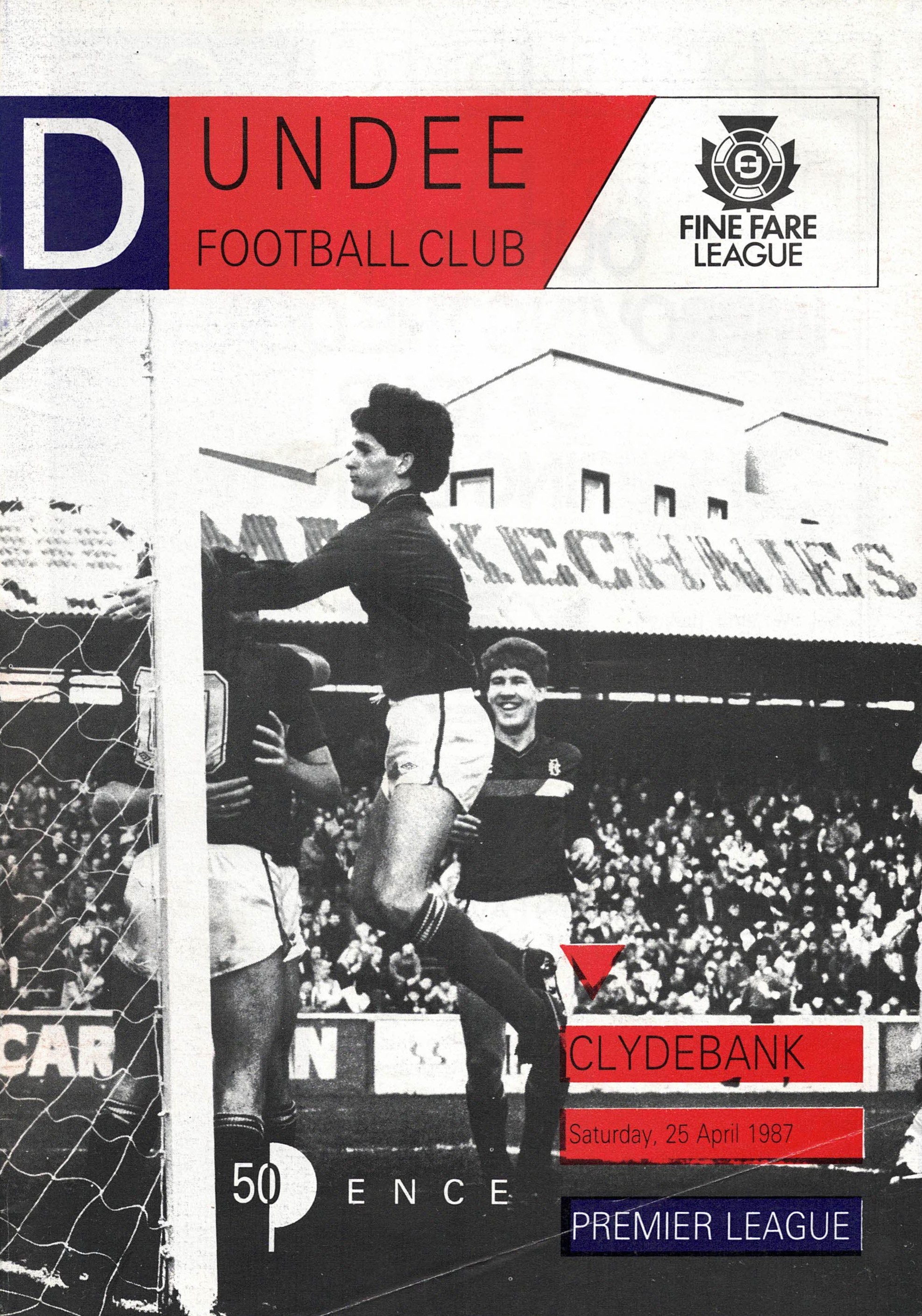 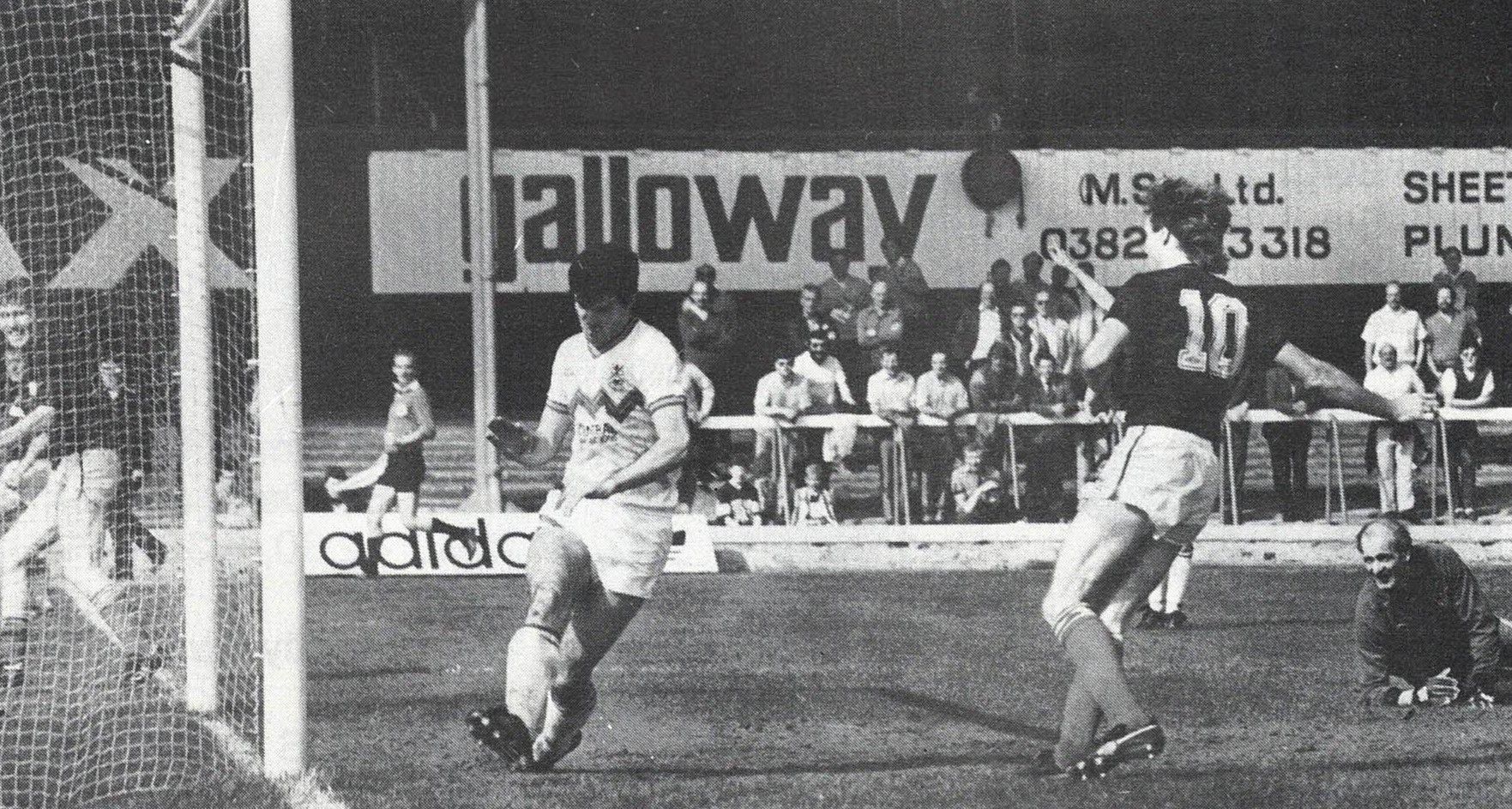 After losing the opening goal and turning in an indifferent display, Dundee staged a spirited comeback with Tommy Coyne completing a hat-trick.

Bankies went into an early lead when big Mike Conroy ran unchallenged towards the Dundee penalty area, and although there seemed several chances to stop his progress, he pushed the ball through to Stuart Gordon, who netted from 12-yards

The leveller came after Alan Lawrence crossed a perfect ball and Coyne volleyed an unstoppable shot past Gallacher for the equaliser.

Lawrence provided the cross for the second. Wright headed over the keeper and Coyne followed-up to tap the ball into the vacant net.

Dundee's third, the best of the match, was started by Rafferty, and via Wright, Coyne completed his hat-trick.

Dundee's fourth right on the whistle was deservedly scored by Wright, who blocked a clearence and shot low into goal.

Lawrence and Smith of Dundee, together with Shanks of Clydebank, were shown the yellow card.

Man of the Match - Who else but TOMMY COYNE?

Our visit to Ibrox resulted in a 2-0 defeat. The teams performance, however, was very good. The players showed the attitude, commitment, and composure required, and it was, I think, significant that until Rangers scored a controversial first goal, Bobby Geddes did not have a save to make.

The nature of this opening goal not surprisingly upset the players' concentration, but after settling down again, we got back into the game, and although we lost another goal midway through the second half, I felt that our performance deserved a draw.

Last Saturday, at home to Motherwell, we recorded a convincing win with another fine performance. Again the attitude of the players was excellent, especially when it is remembered that there was nothing at stake other than the two points and the players' pride. We played some very good football, and our commitment resulted in four excellent goals.

By half time, we led 2-0 with goals from Keith Wright and (unusually) a Tosh McKinlay header. We continued the good work in the second half with a further two goals, both from Tommy Coyne. We outplayed Motherwell almost through out, and in the end thoroughly deserved our convincing win.

In our remaining games, today against Clydebank, next week against Hearts at Tynecastle, and finally at home to Hamilton on 9 May - we must go for maximum points, as we wish to maintain our standing in terms of both League posiyion and points, as per the last two seasons.